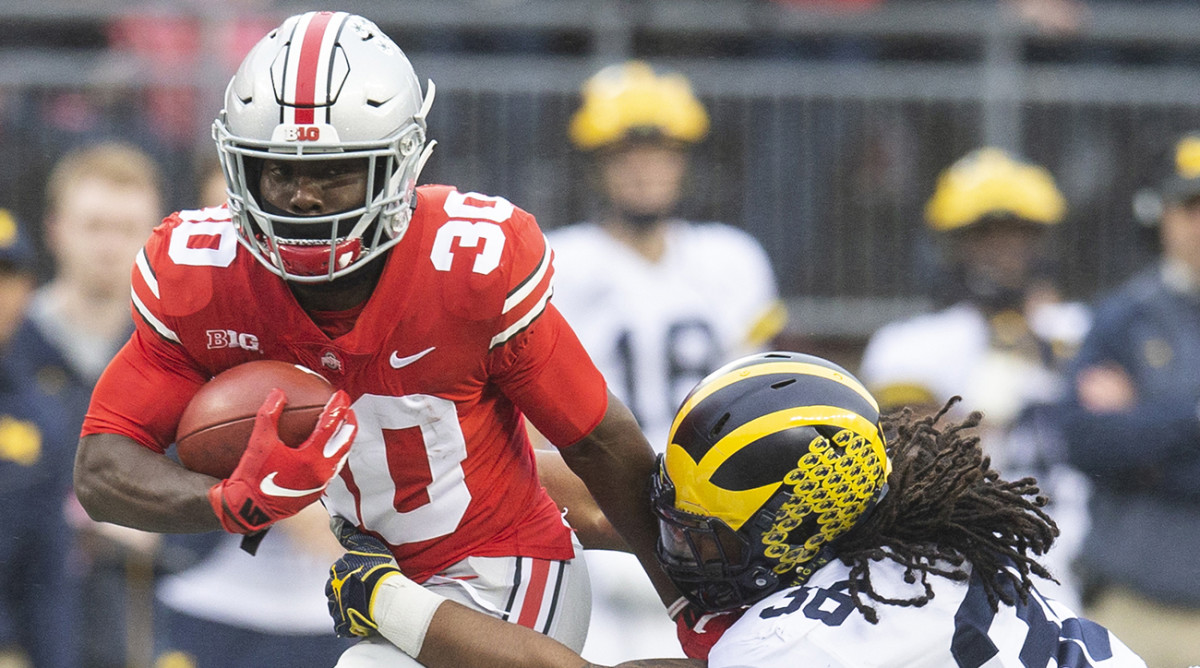 Every year, the Buckeyes’s video team puts out incredible hype videos ahead of big contests. With the biggest game of the season to come on Saturday—against rival Wolverines—the team did not disappoint.

Ohio State’s trailer for this year’s contest features nearly two minutes of emotional quotes from current and former players and coaches as well as a number of highlights from contests of years past. It makes it clear that while the Buckeyes have 11 other games on their schedule heading into every season, only one really matters. Beating the Wolverines, something Ohio State has done eight times in a row, is the biggest accomplishment the team can achieve.

It’s also a great reminder that ‘The Game’ might be the best rivalry in all of sports.

If you’re a Buckeyes fan, or just a fan of great college sports rivalries, you’ll love it. If you’re a Michigan fan, well, not so much.

This year’s contest is especially important. Both teams sit with 10–1 records and dreams of reaching the College Football Playoff. The winner will win the Big Ten East and play for the Big Ten title next week. The loser will likely see its season end with a solid bowl game, but no championship shot.

Last year’s contest, due to a COVID-19 outbreak at Michigan, was not played. Some at Ohio State still wonder if the Wolverines were just trying to avoid another loss by not suiting up.

Despite Michigan just winning twice in the 21st century, the Wolverines still hold the overall lead in the series, 58-51-6.

Ohio State vs. Michigan will take place in Ann Arbor on Saturday. Per usual, it’s slated for a Noon ET kickoff.

More College Football Coverage:
• For Cincinnati, The Opportunity of a Lifetime Is Within Reach
• College Football Coaching: Who Will Be Next at Florida, TCU?
• With Victory Over Alcorn, Sanders Restores JSU to Prime Level
• A Year After Making History, Sarah Fuller Is Back Doing What She Loves Most

For more coverage on Ohio State, check out Buckeyes Now