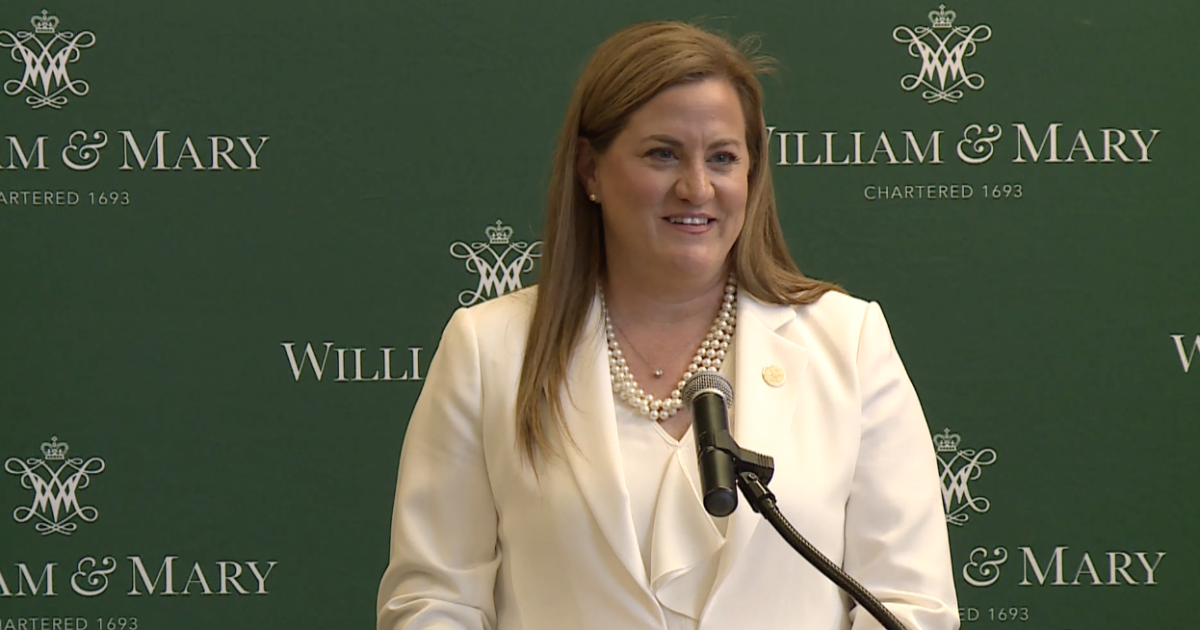 WILLIAMSBURG, Va. – 33 days after William & Mary announced it was eliminating seven varsity sports, Director of Athletics Samantha Huge has announced her resignation Tuesday. She leaves Williamsburg less than three and a half years after becoming the first female athletic director in program history.

The school’s official announcement of the cuts was controversial in itself – with how it will impact the lives of current and former student-athletes. However, the manner in which the news was conveyed also caused a stir. Huge released a statement responding to allegations W&M’s release was plagiarized from a similar release from Stanford University published weeks earlier.

“Athletics Director Samantha Huge was asked to lead difficult change at William & Mary – change required to address long-standing imbalances and put the Athletics Department on sound financial and operational footing for years to come,” University President Katherine A. Rowe said in a statement. “She took on that challenge recognizing that it was in the best interest of the university and she continues to make decisions using that standard as her guide. Now it is clear to me that a new approach is necessary. Accordingly, Director Huge and I have mutually agreed that it is best to part ways so the university can focus on the critical questions facing W&M Athletics. I accept this step with a heavy heart and with great respect for Samantha Huge and her leadership.”

President Rowe announced Jeremy Martin, her chief of staff, will serve as interim Director of Athletics.

“William & Mary has become my home over the last dozen years and a place that matters deeply to me,” Martin said in a statement. “In my first evaluation for President Emeritus Reveley, I wrote that my goal was to add value to the university. That has remained my goal throughout my time here and in working with President Rowe. In this role and in this time, my goal remains that I bring value to William & Mary through my service to the university. Samantha Huge has been an exceptional colleague. She sincerely wants what is best for William & Mary and I am grateful for her encouragement. I am also grateful for President Rowe’s confidence in me and this community’s ability to come together in new ways.”

Martin says he will be meeting with student-athletes, coaches and staff personally in the coming days and says his “door remains open” to all who want to genuinely address how we move our beloved Tribe forward.

Appointed as W&M Athletics Director on May 1, 2017, Huge arrived on campus with 17 years of Division I collegiate athletics administration experience. Prior to joining the Tribe, Huge served as the senior associate director of athletics at Texas A&M University, where she was a member of the senior management team from 2014-17, overseeing many aspects of the athletics department including academics, sports medicine, performance nutrition, student-athlete engagement and sports performance.