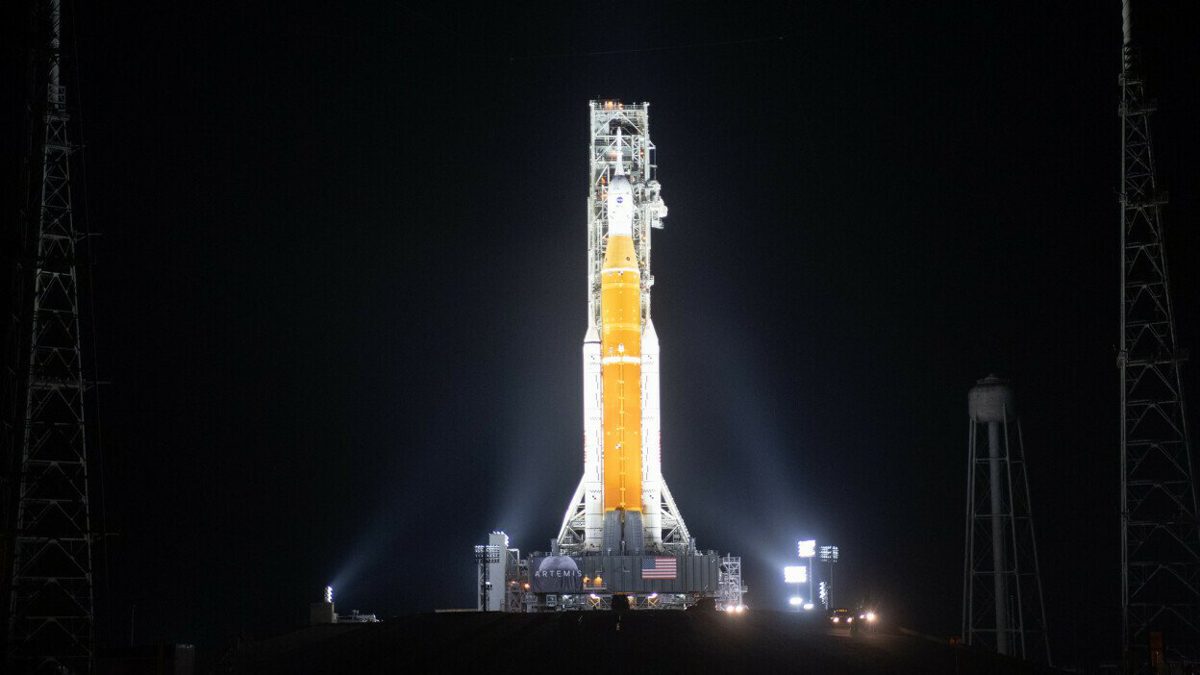 Space scientists have discovered just how much they can accomplish when they work together, with incredible feats achieved this year through collaborations with commercial industry and foreign nations.

Successful partnerships in 2022 have included the launch and calibration of the most powerful space telescope in the world and photographing the never-before-seen supermassive black hole at the center of the Milky Way galaxy.

The year also has shown what can go wrong.

Stray rocket junk in an unpredictable orbit smashed into the moon, for example, creating a new crater. And NASA’s mega moon rocket, the Space Launch System, has stumbled on its way to its first lunar mission, with the agency encountering several problems with contractors’ work during a critical test this spring.

Whether the rest of the year will include the inaugural moon-bound Artemis mission, the United States’ return to human deep space exploration, remains to be seen. Read more about the year’s biggest moments in space, so far.

The most powerful observatory in space hit its mark at a destination 1 million miles from Earth in late January and unfurled its complicated, tennis court-size sun shield. Engineers have since calibrated the Webb telescope’s scientific instruments, exceeding expectations for its level of precision.

Astronomers anticipate the telescope will stoke a golden age in our understanding of the cosmos, providing snapshots of space billions of light-years away.

On July 12, the James Webb Space Telescope, a partnership between NASA, the European Space Agency, and the Canadian Space Agency, will deliver its first full-color images. What those first cosmic targets will be is a closely guarded secret.

Webb is expected to observe some of the oldest, faintest light in the universe. The telescope will focus on a period less than 300 million years after the Big Bang, when many of the first stars and galaxies were born.

Scientists will also use the telescope to peer into the atmospheres of planets outside our solar system, called exoplanets. Discoveries out there of water and methane, for example, could be signs of potential habitability or biological activity.

A rocket as tall as the Statue of Liberty came out of hiding in March as the U.S. space agency rolled it to a Florida launchpad for a crucial test.

The Space Launch System, or SLS, is an imposing 5.75 million-pound behemoth built to blast a spacecraft to the moon for the Artemis missions, a NASA human space exploration campaign. The program will eventually send people to the moon and Mars.

Originally, NASA believed the first uncrewed flight could happen as early as May. But several problems arose during the test, creating more delays. It’s unclear when the rocket will be ready for takeoff.

The rocket is thought to be the most expensive ever built, with each launch estimated to cost over $4 billion. For perspective, that’s about one-fifth of the entire NASA budget.

NASA inspector general Paul Martin, an agency watchdog, warned a U.S. House committee in March that the rocket, a government-mandated project with a bloated budget, will “inhibit, if not derail, NASA’s ability to sustain its long-term human exploration goals.”

Saturn’s moon could be an ocean world

Saturn’s moon Mimas has been known for its striking resemblance to Star Wars’ Death Star, a killing machine that looks like a planet.

It has not been known for its resemblance to a place that could potentially support life — until now.

Mimas may not be a frozen chunk of ice, after all.

New overview images of Mars have revealed a stunning green light show in the planet’s sky.

Much of Mars’ atmosphere apparently has a wormlike streak, an aurora similar to the Northern Lights sometimes visible on Earth. The Martian aurora is a glowing, twisted band of ultraviolet light, stretching thousands of miles from the dayside, which faces the sun, to the back of the planet.

No one knows how it’s happening, given that scientists believe Mars’ magnetic field largely deteriorated billions of years ago. Magnetic fields guide high-energy streams of electrons from the sun into a planet’s atmosphere.

A rocket booster thought to be left over from a Chinese lunar mission smashed into the moon in March, making the hunk of metal the first-known space junk to unintentionally crash into our natural satellite.

Scientists expected the booster would leave a crater about 65 feet long. China has denied the debris is from its space program.

The rocket was one of many left in a “chaotic” orbit, meaning its cosmic track could change in a mathematically unpredictable way. When rockets are in low-Earth orbit, not far above many satellites, they’ll stay there with a possibility to re-enter Earth’s atmosphere. If a rocket is sent farther out to a roomy orbit around the sun, on the other hand, it’ll essentially be lost forever.

But if it’s dropped off in that intermediate zone between the two, still orbiting Earth but far enough to get an occasional tug from the moon’s gravity, that could lead to several possible outcomes: The debris could fall back to Earth, get spit out into an orbit around the sun, or hit the moon.

Based on outer space policies and agreements, leaving a rocket in this chaotic state — and not keeping tabs on its whereabouts — isn’t a crime.

At the center of the Milky Way is a giant black hole, and for the first time ever, astronomers were able to see it.

Black holes don’t have surfaces, like planets or stars. Instead, these mysterious cosmic objects have a boundary called an “event horizon,” a point of no return. If anything swoops too close to that point, it will fall inward, never to escape the hole’s gravity.

With the power of eight linked radio dishes from around the world, the Event Horizon Telescope took a picture of the shadow of the supermassive black hole known as Sagittarius A*. Hundreds of scientists from 80 institutions around the globe worked together to collect, process, and piece together fragments of data to make the picture.

Up until three years ago, any depiction of a black hole was merely an artist’s interpretation or a computer model. Now scientists have a snapshot of the real deal, which spans 27 million miles.

With financial support from the National Science Foundation and other groups, scientists plan to enhance their technology to make the image drastically sharper.

Hubble confirms comet as the biggest on record

The Hubble Space Telescope determined a recently discovered comet has a nucleus spanning 85 miles, making it the largest space snowball ever observed.

This bright ball of ice, dust, and rock, Comet Bernardinelli-Bernstein, is twice the width of Rhode Island and probably weighs 500 trillion tons. Researchers say the scale of this comet is significant because it provides a clue about the size range of comets orbiting in the distant outskirts of our solar system.

Comets, known for their millions-of-miles-long tails, are among the oldest objects in the solar system. These icy bodies are leftover from the early days of the planets’ formation.

Bernardinelli-Bernstein is approaching the sun from the edge of the solar system at 22,000 mph. Though the imposing boulder has often been described as “headed this way,” space is a big place. Saturn is closer to Earth than the comet will ever come.