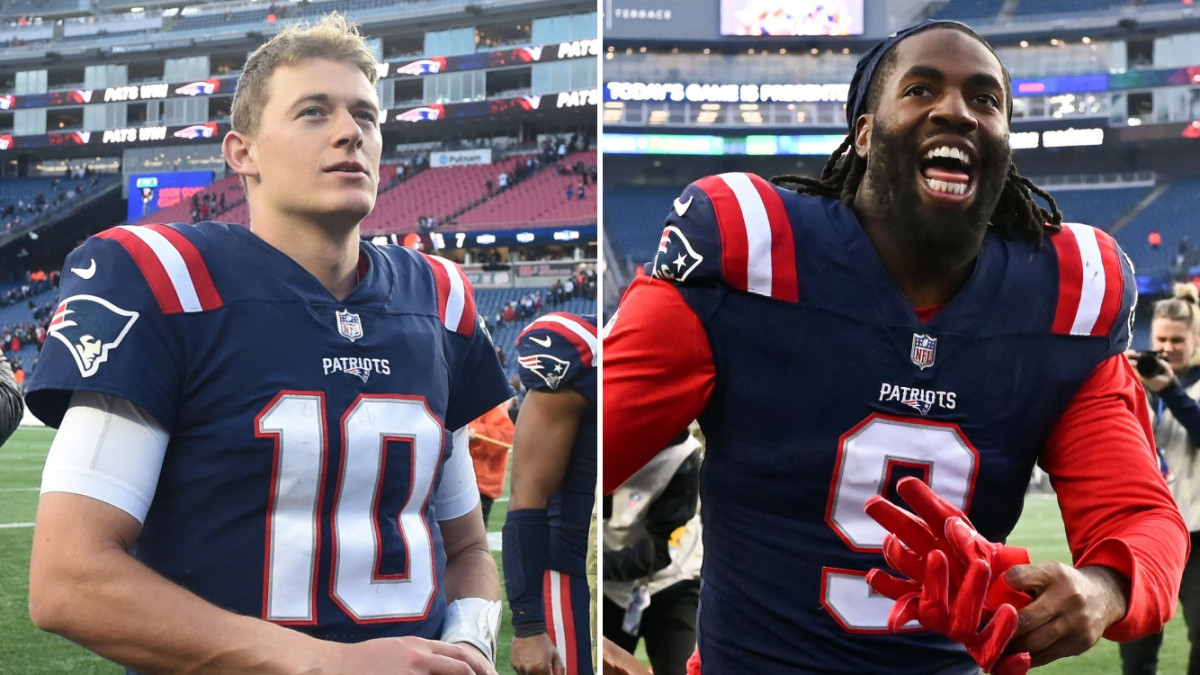 Don’t invite these guys to dinner

Patriots pass rusher Matt Judon used his time at the podium Tuesday to preach about his hatred for one particular Thanksgiving side dish.

When asked by a reporter to name his favorite side, Judon went the opposite direction and explained why he can’t stand mac and cheese.

“All right, well, I’m not even gonna answer your question. I’m gonna tell you we gotta get macaroni and cheese off the table,” Judon said. “All right, guys? It is just cheese and noodles, and it’s not that good. Let’s be honest, guys. Everybody here is a little lactose [intolerant], so it messes up our stomachs and we gotta get it off the table. It’s probably one of the most overrated dishes.

“You know how they say your taste buds change every seven years? Every time I’ve tried it it’s the same thing. It’s never gonna change, it’s never gonna get better. I’m almost 30 now, I’m pretty set in my ways, and it’s disgusting. Get it off the table. The bathrooms would be less busy and everybody would have a better day.”

He obviously came prepared to deliver that impassioned statement, but I find his argument lacking. “It is just cheese and noodles”? That’s supposed to convince me? Cheese is good. Noodles are good. What’s wrong with combining them?

Judon’s teammate Devin McCourty wasn’t moved by that description, either.

“Just noodles and cheese or something?” he said. “I’ve never heard it [described] like that. That is just … I don’t know.”

And Judon isn’t the only Patriots player with a controversial take on Thanksgiving food. Mac Jones doesn’t like pie. Not pecan, pumpkin or apple.

“I don’t like any of the pies,” he said in an interview on WEEI on Monday.

No pies at all? That might be an even bolder stance than Judon’s anti-mac-and-cheese take.

But leave it to Bill Belichick to be the voice of reason for the Patriots. The Hoodie doesn’t harbor any of the same extremist attitudes that his quarterback and star defender do. He keeps it simple. He said earlier this week that his favorite side dish is “any kind of potatoes.”

The best of SI

Previewing the nine most important games of college football’s rivalry week. … What Bill Belichick is doing this year is nearly as impressive as what Tom Brady did last year. … It would have sounded absurd a few years ago, but Stephen Curry is emerging as an elite defender.

Around the sports world

Mizzou coach Eli Drinkwitz explained the jab he took at Dan Mullen after beating Florida. … WWE wrestler Seth Rollins said it was “terrifying” being attacked by a fan during Raw on Monday. … PGA Tour pro Brandon Harkins shot a ridiculous 28 on the back nine at Pebble Beach.

What a shot by Paul George to force OT

That’s a lot of money for the Rays! How long before they trade him?

Aaron Judge with a beard is freaking me out

What an incredible goal, and with his shoes untied, no less

He went between the legs!

A rare manuscript of Einstein’s calculations for the theory of relativity sold for $13 million at auction. … A bunch of cryptocurrency speculators lost money in a bid to buy a copy of the U.S. Constitution. … Dollar Tree is raising its prices by a quarter. …  A guy in Indonesia threatened to sue KFC because his sandwich didn’t look like the one on the menu.

Email dan.gartland@si.com with any feedback or follow me on Twitter for approximately one half-decent baseball joke per week. Bookmark this page to see previous editions of Hot Clicks and find the newest edition every day. By popular request I’ve made a Spotify playlist of the music featured here. Visit our Extra Mustard page throughout each day for more offbeat sports stories.