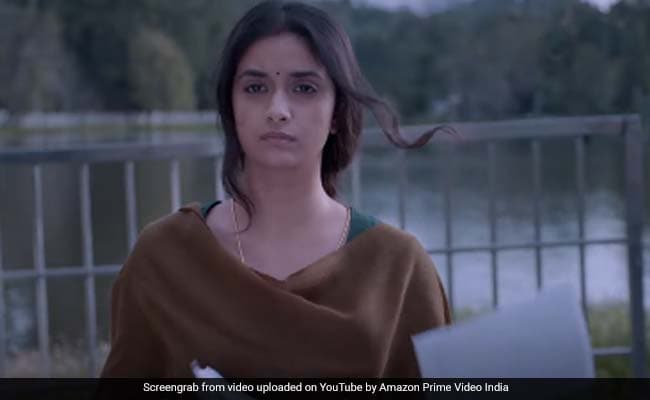 Keerthy Suresh in a still from Penguin. (courtesy L: Youtube)

South actress Keerthy Suresh grabbed a spot on the trends list on Monday, with the teaser of her upcoming film Penguin. Amazon Prime Video, the OTT platform where the film will be released, dropped the teaser on Monday and it looks darn promising. The film has been written and directed by Eashvar Karthic. Produced by Karthik Subbaraj’s Stone Bench Films and Passion Studios, Penguin is the story of a mother, played by Keerthy Suresh. Keerthy Suresh was last seen in the 2018 film Sarkar. The teaser was released on Twitter by Taapsee Pannu, Samantha Akkineni, Trisha Krishnan and Manju Warrier. Taapsee tweeted the Youtube link of the teaser and wrote, “Happy to release the teaser of Penguin. A powerful tale of a mother’s rise to a situation when her nightmares come true. Best wishes.”

The teaser starts with soothing visuals of a forest, a lake and a waterfall. The video then goes on to set an eerie tone where Keerthy can be seen screaming out the name “Ajay.” In another shot, Keerthy can be seen standing while leaflets fly out of her hand. In the later part of the teaser, a person can be seen sitting in the middle of a forest, in front of a statue of an angel. The camera pans to show the person wearing a Charlie Chaplin mask who can be seen stabbing something. The text on the teaser gives a hint about the film’s story: “Behind all your stories, there’s a mother’s story. Because hers is where yours begins.” Take a look at the teaser here:

The trailer of Penguin is slated to be released on June 11. The film will be released in three languages – Tamil, Telugu and Malayalam.