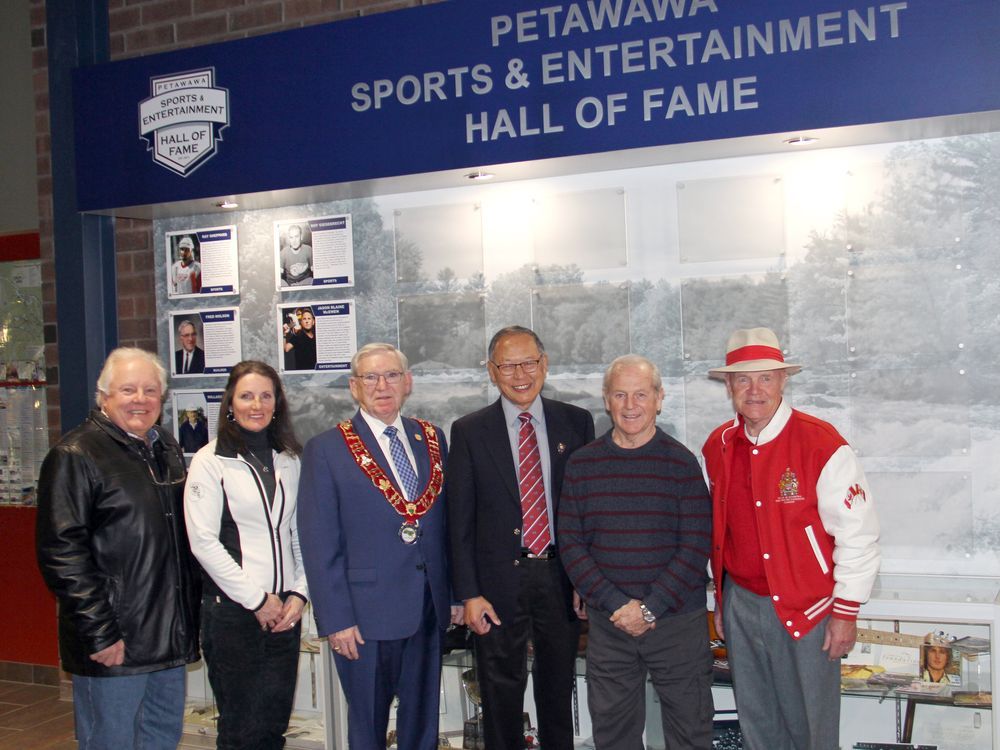 PETAWAWA – The Petawawa Sports and Entertainment Hall of Fame (PSEHOF) is set to induct the class of 2020 on Thursday, June 30 at 5pm in the upstairs hall of the Petawawa Civic Centre.

The PSEHOF honours, celebrates, preserves and shares the outstanding achievements and contributions of those who have brought recognition to the Town of Petawawa through sport and entertainment. The Hall recognizes entertainers, athletes and groups who have made significant or exceptional achievements, achieved outstanding and extraordinary success in Canada or abroad and made an outstanding and extraordinary contribution to sports or entertainment in Petawawa as a builder.

The Hall plans to induct its second class on Thursday, June 30th as part of the Town of Petawawa’s 25th anniversary celebrations. That night, the hall will finally welcome the Class of 2020, a ceremony that has been delayed due to the Covid-19 pandemic.

“It was unfortunate that the pandemic sidelined the Hall of Fame ceremonies. It was an unprecedented event that disrupted so much of our daily lives,” said PSEHOF president Gary Serviss. “We are looking forward to finally honouring our Class of 2020 and are excited to get together at last in a large social gathering.”

Located at the Petawawa Civic Centre, the hall inducts classes every two years. This special place was selected in order for citizens, as well as visitors, to experience the outstanding athletic, entertainment and artistic contributions of those individuals and teams who have a connection with, and have brought recognition to, the Town of Petawawa. This year’s ceremony will be extra special as it takes place during the 25th anniversary of the amalgamation of the Village of Petawawa and Petawawa Township.

“We’ve come a long way since the village and the township joined in 1997,” added Serviss. “So many gifted athletes, entertainers and builders have been associated with Petawawa’s last 25 years, and Petawawa’s long history before that.”

In the sports category: Annand was born and raised in Petawawa and began her ski career at Mount Molson.  She won many regional and provincial ski championships eventually being named to Canada’s National Ski Team in 1976, skiing with the Crazy Canucks.  She was also a national level windsurfing and waterski competitor, as well as a national level coach of alpine skiing and waterskiing.

In the entertainment category: Bartholomew was born in Petawawa in 1984 and lived his first six years here.  He is a songwriter, music producer and performer with three albums of his own. He wrote hit songs for other performers like Emerson Drive and Kenny Loggins. In addition he wrote and performed the theme song called “Who is That” for the television show The Masked Singer and was nominated for an OSCAR at the 2015 Academy Awards for the song “Everything is Awesome” from the LEGO movie.

In the builder category: Chow moved to Petawawa in 1968 as member of the Canadian Armed Forces and has spent his entire life dedicating his time to making Petawawa a better place.  Here is a small sample of his areas of contribution: Figure Skating Club, Petawawa Public Library, winter carnival, Rotary Club of Petawawa, Canadian Cancer Society, Senior’s Affordable Housing Corporation, Civic Centre board, Bar Fundraising Committee president, and town councillor and mayor. The list goes on.

Also in the builder category: Clouthier Sr. was born in 1916 in Petawawa and in 1952 started a horse breeding and horse racing stable that eventually grew to over 150 standardbred race horses which raced all over Canada and the United States winning numerous races.  In 2018 he was elected to the Canadian Horse Racing Hall of Fame as a legend.

Further in the builder category:  Mohns was born and raised in Petawawa, living here since 1940 and has been a volunteer extraordinaire.  Helped fundraise to build the Civic Centre and was long-time chairman of Civic Centre Days, chairman of the fundraising committee, president of minor hockey and the Civitan Club, hockey player, hockey coach and still plays hockey today.

The 2020 Petawawa Sports and Entertainment Hall of Fame Induction Ceremony will be held on Thursday, June 30th, 2022. Doors open at 5 p.m. for cocktails and hors d’oeuvres, and the ceremony is from 6:00 – 8:00pm.  Tickets are $5 and can be purchased at the Petawawa Civic Centre Recreation counter or from Gary Serviss (garyserviss10@gmail.com). Join the committee for a fabulous night of celebration, food, drink and live entertainment as it honours some of Petawawa’s finest.