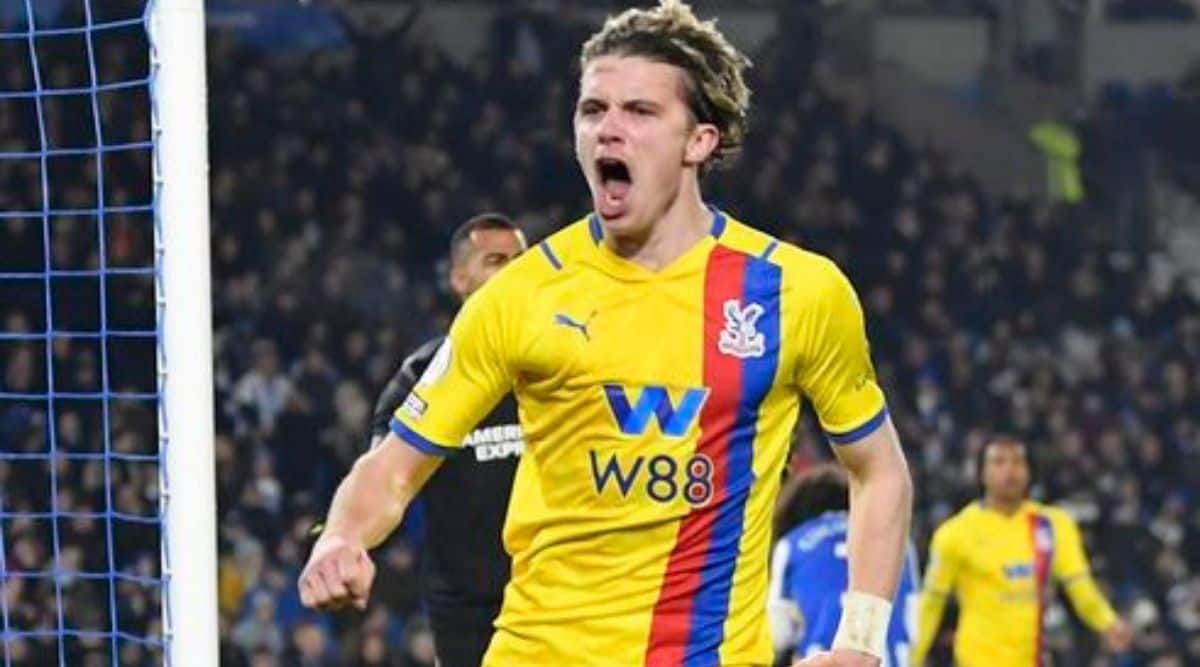 Brighton & Hove Albion got a deserved point in a 1-1 home draw with Crystal Palace thanks to a late own goal by visiting defender Joachim Andersen in the Premier League on Friday.

The hosts did have the ball in the net moments later, but Neal Maupay’s effort was ruled out for a foul on Butland following a VAR review.

Further Brighton chances came and went in the second half, but they could not make one count with Conor Gallagher, who is enjoying a fine season at Palace on loan from Chelsea, firing home in the 69th minute against the run of play.

Palace looked like they had done enough to secure all three points, but Danish defender Anderson inadvertently diverted the ball into his own net three minutes from time.

Danny Welbeck almost snatched victory for Brighton late on but headed over as they settled for a draw that moved them up to eighth in the standings on 28 points from 20 games, while Palace climbed to 11th on 24 having played a game more.

“It is obvious to see they had more of the ball but to concede a scruffy own goal like that having defended brilliantly, it feels more like a loss,” Butland told Sky Sports.

“The chances have been few and far between for me and to have a night like this is rewarding and reminds me what I am capable of.”

There has been bad blood between these two sides in the past, but Palace could not get close enough to Brighton in the first half to make a contest of it.

Butland was at the centre of everything on his third Premier League start of the season, pulling off a fantastic save to deny Leandro Trossard early on.

Then as Brighton pressed they got the chance to break the deadlock from the spot as VAR intervened to point out a foul by Will Hughes in the area, much to Palace’s frustration.

Butland, however, was not to be beaten as he easily blocked Gross’ tame penalty.

It remained one-way traffic immediately after the break as Jakub Moder swept a strike agaisnt the crossbar before Palace finally had a shot on target, with Odsonne Edouard denied by a fine Robert Sanchez stop in the home goal.

It just would not go in for Brighton, who were made to pay for their profligacy with Gallagher reacting sharply in the penalty area to fire his seventh league goal of the season.

The opener did not turn the tide in Palace’s favour, however, as Brighton remained on top, with the pressure finally telling as Anderson, attempting to cut out Maupay’s cross, could only squeeze the ball past the despairing dive of Butland.

Had Welbeck’s late header gone in it would have been no more than Brighton deserved, given they had 19 shots to Palace’s three, but they still stretched their unbeaten league run to four with the draw.

“It shows the mentality throughout the team,” Maupay told Sky Sports. “We never give up and believe in each other.

“There will be times when we can’t come back but this season so far there have been a few times we have.”