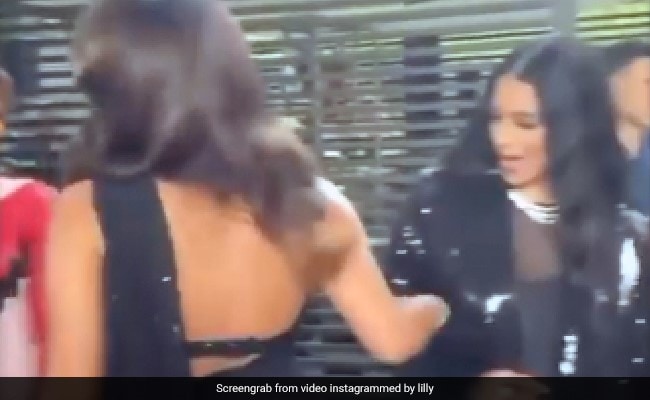 On Thursday, a pre-Oscars event was held to honour the South Asian nominees. Priyanka Chopra hosted the event and today, she shared a long note, describing her feelings. She wrote, “What a special honor it was to cohost a pre-oscar celebration honoring this year’s 10 South Asian Oscar nominees, and the friends, family, and colleagues who work tirelessly behind the scenes to make all of this possible. Last night gave me all the feels, and filled me with so much pride for how far our community has come. The future of entertainment is looking bright. Special thanks to @anjula_acharia and @maneeshkgoyal for having this idea and the cohosts who came together to make an unprecedented evening like this possible. Wishing the nominees so much luck on Sunday! Bring home the gold!!”

Last year, Priyanka Chopra had hosted a Diwali party for her friends and Lilly Singh was also on the guest list. Lilly had shared photos from the party and had captioned them as “Last night was a movie. Love & Light with the Desi squad. Honoured to be surrounded by such incredible people. And then get lit with them. And then wild out with them. And then have senti talks with them. And then watch them WIN. I’m going to have to make this an annual thing.”

This is the first event that Priyanka Chopra attended after welcoming a baby via surrogacy in January.

On the work front, Priyanka Chopra will next be seen in Text For You and Citadel. She also has Jee Le Zaraa with Katrina Kaif and Alia Bhatt.