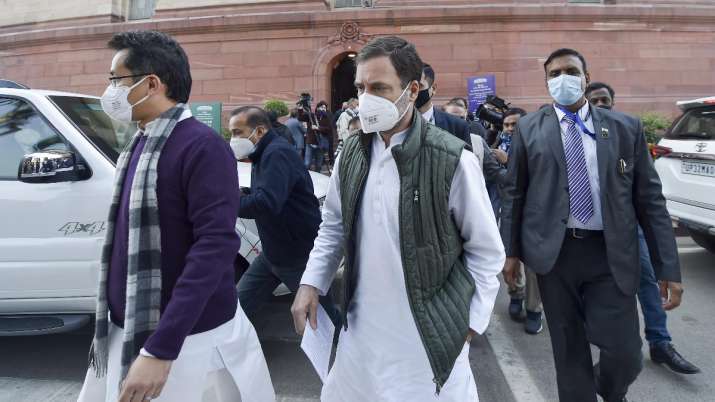 Rahul Gandhi has reportedly left for Italy on early Wednesday morning at around 4 am, sources said. The former Congress chief flew to the country via Doha.

The Congress leader is supposed to be out of the country for few days, say reports.

Earlier today, Rahul Gandhi took a swipe at the Centre over India-China trade crossing $100-billion mark despite a military standoff, saying the country is waiting to see the current dispensation step down.

He said in a tweet in Hindi, “Jumlo Ki sarkar hai, Jhoot Dhong Dikhawa apar hai, desh ko ab jhola uthne ka intezar hai.”(This is a government of rhetoric, the pretence of falsehood is immense and the country is waiting for their bags to be packed).

Gandhi was commenting on India’s trade with China as after the Chinese incursion, the Centre had banned Chinese apps as amidst repeated domestic boycotts of Made-in-China, trade volume between India and China hit a record high of $100 billion by November, the Global Times reported citing the latest data from the Chinese General Administration of Customs.

Chinese state media pointed out that while there are those in India who are concerned about the trade deficit advocating not to rely too much on trade with China, the data speaks for itself.

“Whatever the political considerations of these people, seeing China as India’s enemy should not be an option for India and one that India cannot afford to make. Further increasing cooperation is the right choice,” the Global Times report said.

India has long hoped to reduce its trade deficit with China, but making bilateral trade more balanced cannot be done by curbing Chinese exports to India, which would only hurt the Indian economy. Further boosting China’s imports from India is the right way to go, and there is room for coordination between the two sides in this regard, and it should be a joint effort, the report said.