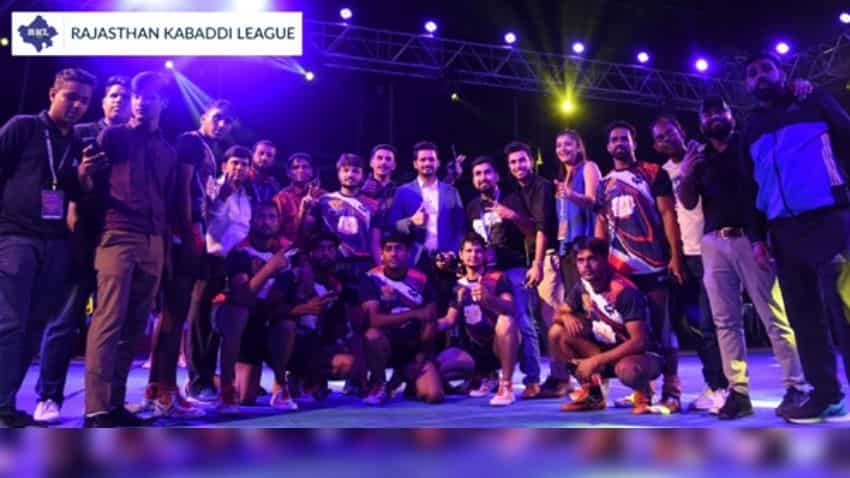 The launch of the Rajasthan Kabaddi League in India was a significant step forward to promote the upliftment of the regional Kabaddi players, as well as to provide MSMEs and sponsors with the chance to make it big. With a sport that is extensively played and performed in rural settings, Rajasthan Kabaddi League is successfully making an emotional connection with the audiences and providing a once-in-a-lifetime opportunity to local players who have been left behind because of the limited resources.

Homegrown games like Kabaddi have risen to popularity and have become India’s second most-watched sport after Cricket. Therefore, since the day Rajasthan Kabaddi League was founded, it has been initiating a revolution in the sports realm. The RKL has steadily grown in popularity, surpassing the viewership of some of the cricket leagues and other prominent sports across the globe. With the utter dedication and indigenous efforts of the founder Shubham Choudhary, the RKL came into existence and is helping the 2nd and 3rd generations.

The platform is helping to manifest the dreams of players into reality who have not had the opportunity to play in the big leagues due to a lack of exposure and finances. While the big cricketing leagues have captured the attention of fans and advertisers, smaller leagues and Indian-originated games are undoubtedly gaining traction in terms of attracting viewers and providing opportunities for local brands and small regional businesses to establish themselves in the sports ecosystem.

Rajasthan Kabaddi League, a National-level professional Kabaddi tournament is providing advertisers with a broad range of possible target consumers for marketing. The infusion of glitz and glam ensured that the tournament got off to a flying start. Kabaddi’s exponential growth has been the result of a concerted effort from the backend to the players, including coaches, team managers, experienced individuals who define the game’s rules, large-scale marketing initiatives, management teams, and much more.

Talking about the rising popularity of Kabaddi games in India, Founder, and CEO of Rajasthan Kabaddi League, Shubham Choudhary says, “There is no doubt that Kabaddi is the ‘JAAN’ of India. Kabaddi values emotions and nurtures the growth of local players who have the talent to make themselves a renowned name in the sports industry. I believe that today’s generation needs to know that homegrown games have the potential to empower the country and the proficient individuals who dream big and put their best foot forward.”

After the success of Season 1 of the Rajasthan Kabaddi League, the organizers have announced Season 2 of the competition, which is scheduled to begin in June and feature eight teams battling for the title. The league has been a tremendous effort in the direction of improving the sports framework of society. Season 2 will be broadcasted live on DD Sports to provide the event with wide coverage. The league’s first season had witnessed a decent response and had major sponsors including Redbull, OPPO, Zee Studios, and Book My Show. Season 1 which took place three years ago had a reach of 5 million people in terms of viewership with all social and digital media platforms combined. Thus, there is no doubt that RKL has been successful in changing the face of Kabaddi in India. From a sport struggling for recognition in a country where it was invented to making it one of the most-watched sports leagues, the Rajasthan Kabaddi League has been the initiation to make people realize the importance of homegrown games across the globe.