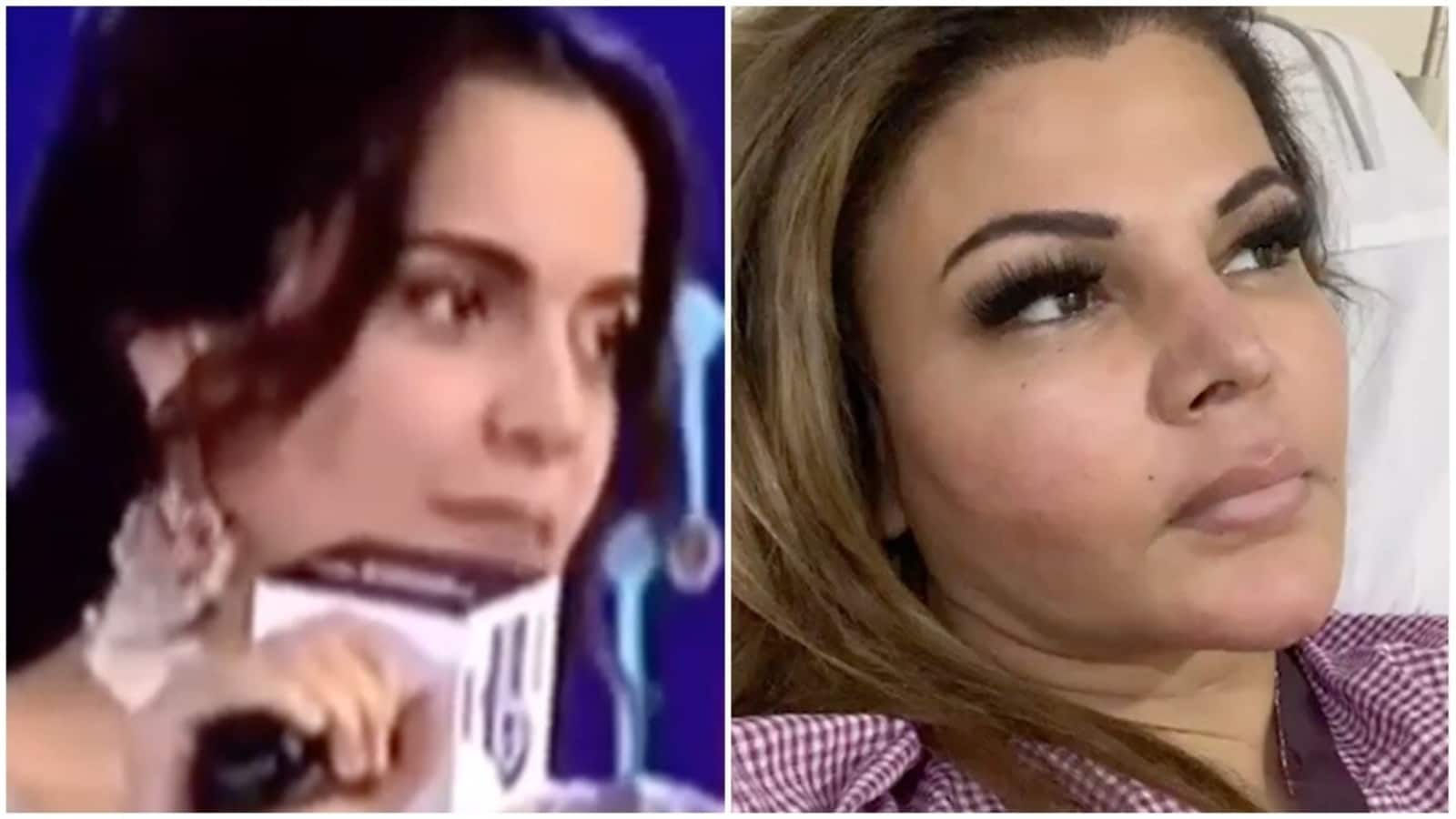 Actor, reality show star Rakhi Sawant took to Instagram recently to share her opinion on Kangana Ranaut‘s ‘India got freedom in 2014’ controversy. Rakhi shared a video of Kangana on her Instagram and called her a ‘traitor’.

The video was from Kangana’s recent appearance at the Times Now Summit, where she spoke about India’s independence and how the country got its freedom in 1947 as ‘bheek (alms)’ from the British. However, the video’s sound was changed to a dog’s bark. Sharing the video, Rakhi wrote, “Desh ki Gaddar hai didi (Big sister is the nation’s traitor).”
+

Rakhi’s fans praised her in the comments section. “You nailed it didi! Love you,” wrote one. “Aaj rakhi sawant hm sabki national crush (Starting today, Rakhi Sawant it the national crush),” commented another. “Respect for you Rakhi,” wrote another.

Many also criticised Rakhi for her video. “Bad girl Rakhi. Aise nahi karte (This is not right),” wrote one. A few even said that they would unfollow Rakhi for it.

Rakhi, however, shared another video on Sunday, in which she was seen lying on a hospital bed with nurses tending to her. Rakhi said that the reason behind her bad condition were ‘people’ making comments about India’s freedom. “I am so shocked. Some people are saying our country gained independence in 2014 and that we were granted freedom in ‘alms’. Very bad. Such people should be given befitting replies. I have done my part,” she said in the 15-minute long video.

At the summit, Kangana said the Independence India had won in 1947 was “bheek” (alms), and that the country truly became free in 2014, a reference to the BJP coming to power at the centre under Narendra Modi. Multiple celebrities and politicians have condemned Kangana’s comment.

Amid the controversy surrounding her comments, Kangana, said that she will return her Padma Shri award if anyone can prove that she has disrespected martyrs and freedom fighters.