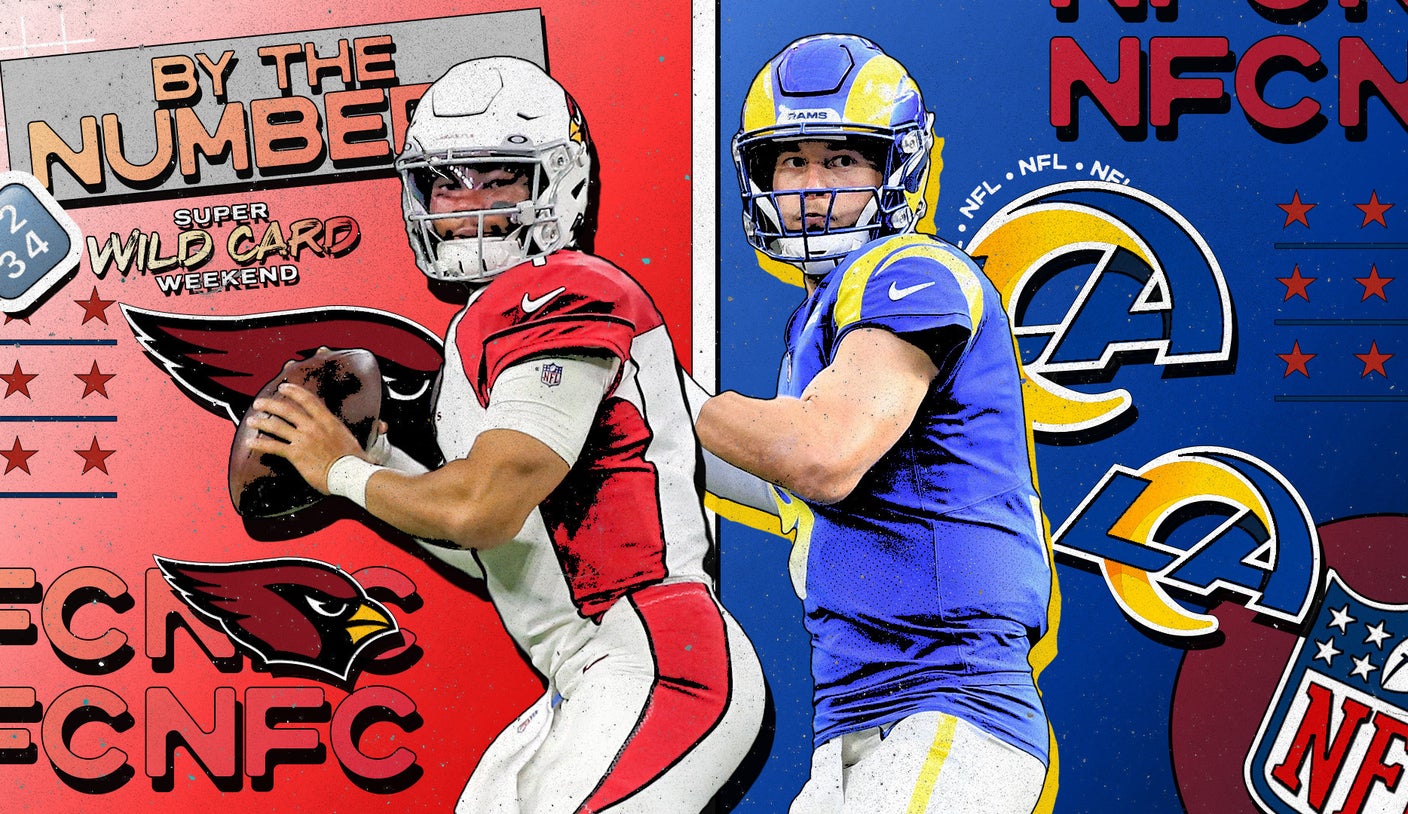 The season series between the Los Angeles Rams and Arizona Cardinals will no longer be 1-1 after the two NFC West foes face off on Monday for Super Wild Card Weekend (8:15 p.m. ET Monday, ESPN).

Here are the numbers you need to know ahead of Rams-Cardinals on Monday Night Football.

Matchup: The Rams lead the all-time series, 46-39-2 (including playoffs), and are 9-1 against Arizona under Sean McVay. This is only the second playoff matchup between the Cardinals and Rams, with their previous playoff matchup coming in the 1975 NFC Divisional Round (Rams defeated Cardinals, 35-23). The Cardinals had the best road record in the NFL during the regular season (8-1).

‘Sean McVay is a chess move ahead of Kliff Kingsbury’

Colin Cowherd is confident in the Rams for their wild-card game against the Cardinals.

17: On the other side, Stafford led the league in interceptions, including seven over his last three starts.

0-3: Stafford is winless in three prior playoff starts.

15: Cardinals RB James Conner‘s 15 rushing TDs tied him for second-most in the NFL. He finished third overall with 18 total touchdowns.

27.1: L.A.’s scoring offense tied for seventh overall in the league.

50: The Rams were third in the league in sacks during the regular season with 50, including team-leader Aaron Donald‘s 12.5 sacks.