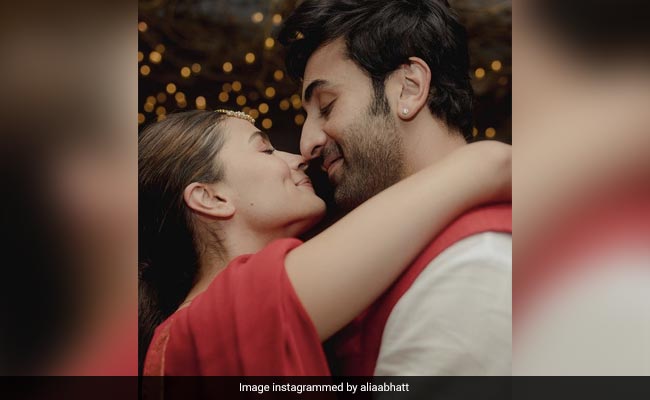 Ranbir Kapoor, during the trailer launch of Shamshera, interacted with the media, where he was in a chatty mood. The highlight of the event, besides the trailer launch of course, was what the actor had to say about wife Alia Bhatt. Ranbir Kapoor said that he “couldn’t have asked for a better life partner,” stated news agency PTI. He recalled that he once said in his 2013 film Yeh Jawaani Hai Deewani: “Shaadi (marriage) is like dal chawal for pachaas saal (50 years) till you die.” Cut to 2022, “Dal-chawal is the best,” said Ranbir Kapoor.

Ranbir Kapoor said during the event launch: “I used to say, in my films, that shaadi is like dal chawal for pachaas saal till you die. Arey life mein thoda bahut kheema pav, tangdi kebab, hakka noodles bhi hona chahiye na.” He added that his notion has changed and how after marrying Alia Bhatt. Ranbir said: “But after my experiences in life, I can say dal-chawal is the best. My life with Alia is the best. My life has dal chawal with tadka, pickle and onions, it has everything. So, I couldn’t have asked for a better life partner,” Ranbir Kapoor said during the trailer launch.

When the actor was asked if Shamshera and Brahmastra are a wedding gift to his fans, Ranbir Kapoor said, “It is a very big year for me. It is a great year for me, I got married, it is a beautiful thing that has happened in my life.”

Ranbir Kapoor and Alia Bhatt got married in April at their house Vastu in the presence of family and a few close friends. They will be seen sharing screen space for the first time in Ayan Mukerji’s Brahmastra.