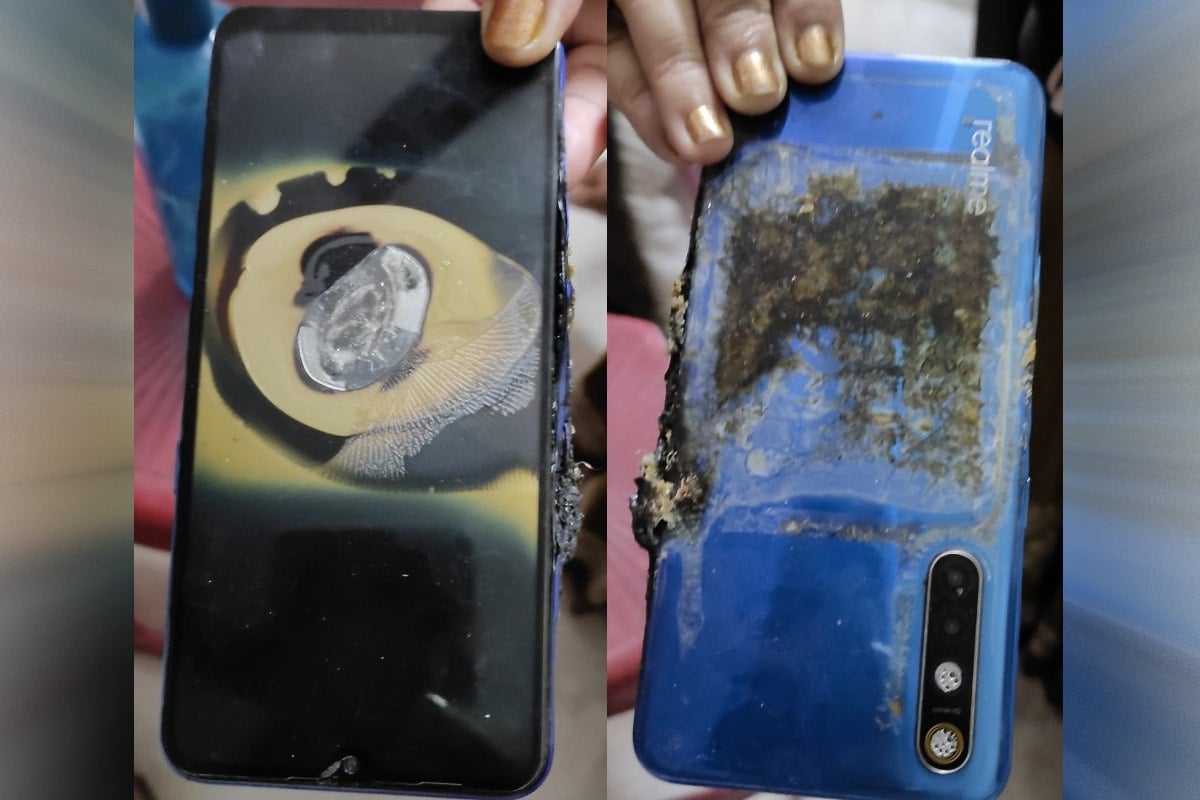 Realme XT has allegedly exploded in a fresh incident which has been reported on the social media. The phone appears to be completely damaged due to the blast which is said to have taken place earlier this week. Realme has issued a response on the matter and assured to address the concerns of the affected user. Last year, another Realme XT had reportedly exploded in just hours after its purchase. The company in that case blamed “external force” as the reason for the blast.

Twitter user Sandip Kundu posted a couple of images of the Realme XT handset with severe burn damages. The user alleged that the phone, which belonged to his friend, exploded on Tuesday evening. He tagged Realme Vice President Madhav Sheth in his tweet to bring the issue into notice.

The official Realme India Support account on Twitter had initially apologised on the matter and asked Kundu to share the contact details of the affected user. Few hours later, the company responded through the same support handle and said that it asked the user to visit the nearest authorised service centre. It also promised to resolve the concern once the user visits the service centre with the damaged phone.

Exact details on how the explosion took place are yet to be revealed. It is also unclear whether the impacted phone was in warranty.

Gadgets 360 has reached out to Realme for a comment on the matter and will update this report when the company responds.

As mentioned, a similar explosion of Realme XT was reported last year. The user in that particular case reached out to the company’s service centre with the pictures of the burnt phone, though the company claimed that the issue emerged due to applying external force on the device.

Realme XT was launched in India in September 2019. It is still available for purchase through Realme.com as well as other retail channels in the country in three distinct configurations. The phone is powered by the Snapdragon 712 SoC and features quad rear cameras as well as a 6.4-inch Super AMOLED display.

Realme India CEO Madhav Sheth joins Orbital, the Gadgets 360 podcast for an exclusive wide-ranging interview, as he talks about the 5G push, Make in India, Realme GT series and Book Slim, and how stores can improve their standing. Orbital is available on Spotify, Gaana, JioSaavn, Google Podcasts, Apple Podcasts, Amazon Music and wherever you get your podcasts.
Affiliate links may be automatically generated – see our ethics statement for details.