Foothill players celebrate after they won over Lassen, 31 – 28, at home on Friday, Sept. 14. (Photo: Hung T. Vu – Special to the Record Searchlight)

The CIF Northern Section sports schedule and school leagues for the 2020-2021 season has been finalized, Commissioner Elizabeth Kyle said on Tuesday.

The 2020-2021 season has been delayed because of the coronavirus pandemic. 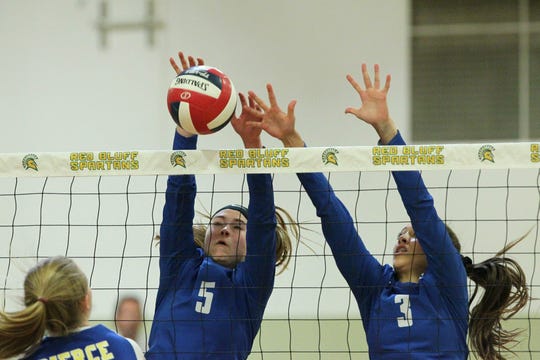 U-Prep will be in the Northern Athletic League for football with Central Valley, Anderson, Yreka, Lassen and Orland. West Valley, in football only, will move to the Butte View League to compete against Sutter, Gridley, Las Plumas, Oroville, Corning and Wheatland.

The rest of West Valley’s sports programs will remain in the Northern Athletic League.

Chico and Pleasant Valley will be the only schools in the Northern Section allowed to compete for state championships in football and soccer.

Local schools like Shasta, Enterprise, Foothill, West Valley, Anderson, U-Prep, Central Valley and Red Bluff will move into a three-season system. The system Eastern Athletic League and Northern Athletic League sports administrators came up with, will allow for students who play multiple sports to transition from season to season.

“The best option was to go with the three seasons so (the students) wouldn’t have to make choices between different sports,” EAL Commissioner Scott Fairley said. “They could still be pretty much finished with one sport before the next one begins.”

Football practice will officially start on Dec. 14 with the first game on Jan. 7. The CIF Northern Section final will take place either March 5 or March 10. Basketball will tip off on Feb. 22 and wrestling can start tournaments on March 29.

The reduced overlap will mean less stress on athletes who might think about playing two sports at once, according to Fairley.

“You’re only allowed to do 18 hours of sports (each week),” Fairley said. “So to try and do two sports makes it very difficult to get the competition and practice at the same time.”

EAL and NAL programs will be allowed to compete for state championships in volleyball, baseball, softball, wrestling, track and field, cross country, swim and dive, golf, competitive cheerleading and tennis.

No CIF Northern Section teams will be eligible to compete in a state championship for basketball during the 2020-2021 season.

Redding Christian will have a spring sports season. The Lions’ 8-man football league will begin on March 5. Volleyball will start on March 1. Baseball and softball will start May 7.

Ethan Hanson started working for the Redding Record Searchlight after four years with the Los Angeles Daily News as a freelancer. His coverage includes working the NCAA Women’s Basketball Tournament in South Bend, Indiana, and writing about the St. Louis Rams’ move to Los Angeles with the Ventura County Star. He began his career as a play-by-play broadcaster for LA Pierce College from 2011-2017. Follow him on Twitter at @EthanAHanson_RS.