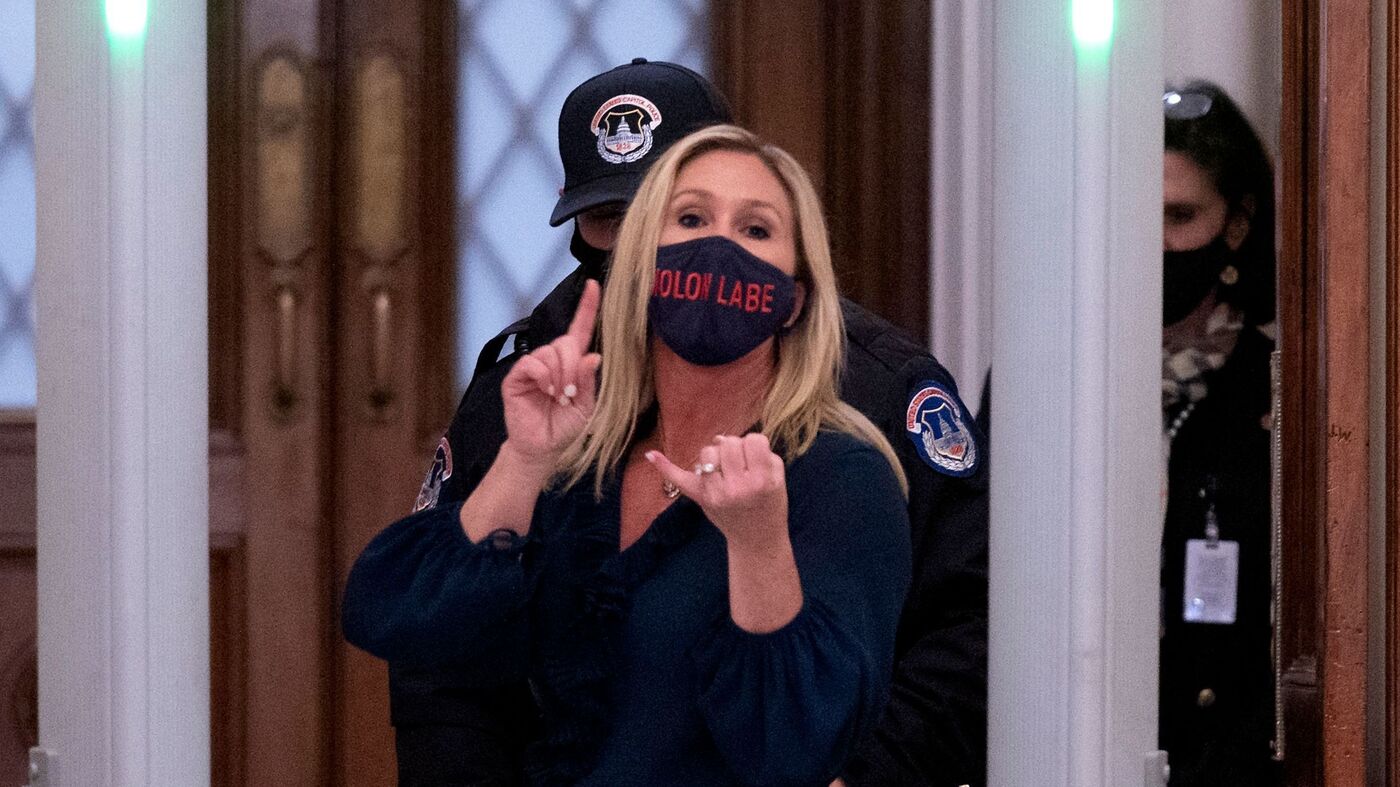 Republican Rep. Marjorie Taylor Greene of Georgia shouts at journalists as she goes through security outside the House Chamber at Capitol Hill. 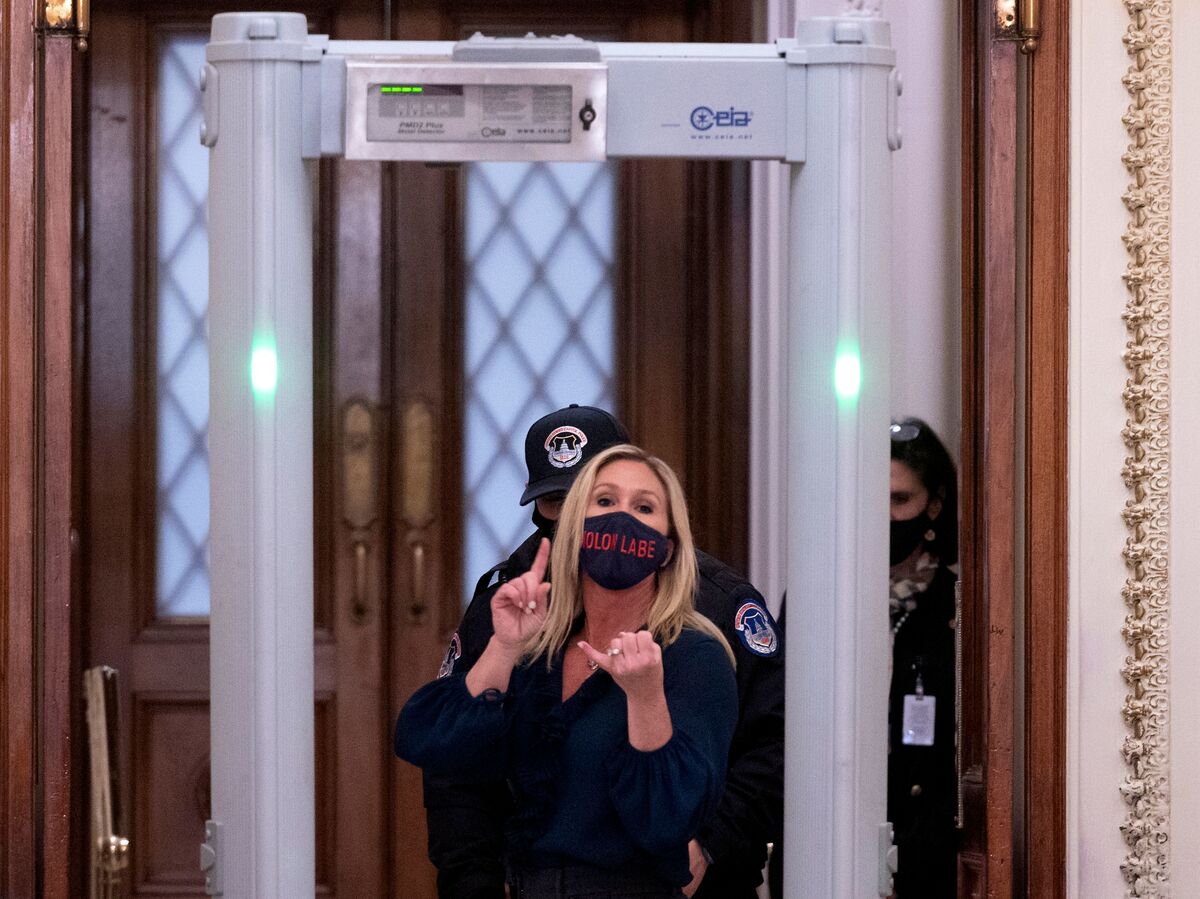 Republican Rep. Marjorie Taylor Greene of Georgia shouts at journalists as she goes through security outside the House Chamber at Capitol Hill.

Several Republican members of Congress grew angry on Tuesday over new security systems implemented at the Capitol. The safety measures, which included metal detectors and physical pat-downs in some instances, were introduced in the wake of the deadly insurrection at the complex last week.

“You are creating a problem you do not understand the ramifications of,” Arkansas Rep. Steve Womack was heard yelling at police who were conducting the check, according to a press pool report.

He warned that the security check was going to create chaos during busy hours on the floor when members of Congress were streaming through to vote.

Another representative, Illinois’ Rodney Davis, was heard shouting that the checks were “horse s***.” Davis went through the metal detector, but then came back and was heard telling House Majority Leader Steny Hoyer that the new measures were “bulls***,” and they were diverting valuable resources. He also said GOP members weren’t consulted by security officials before they were installed. 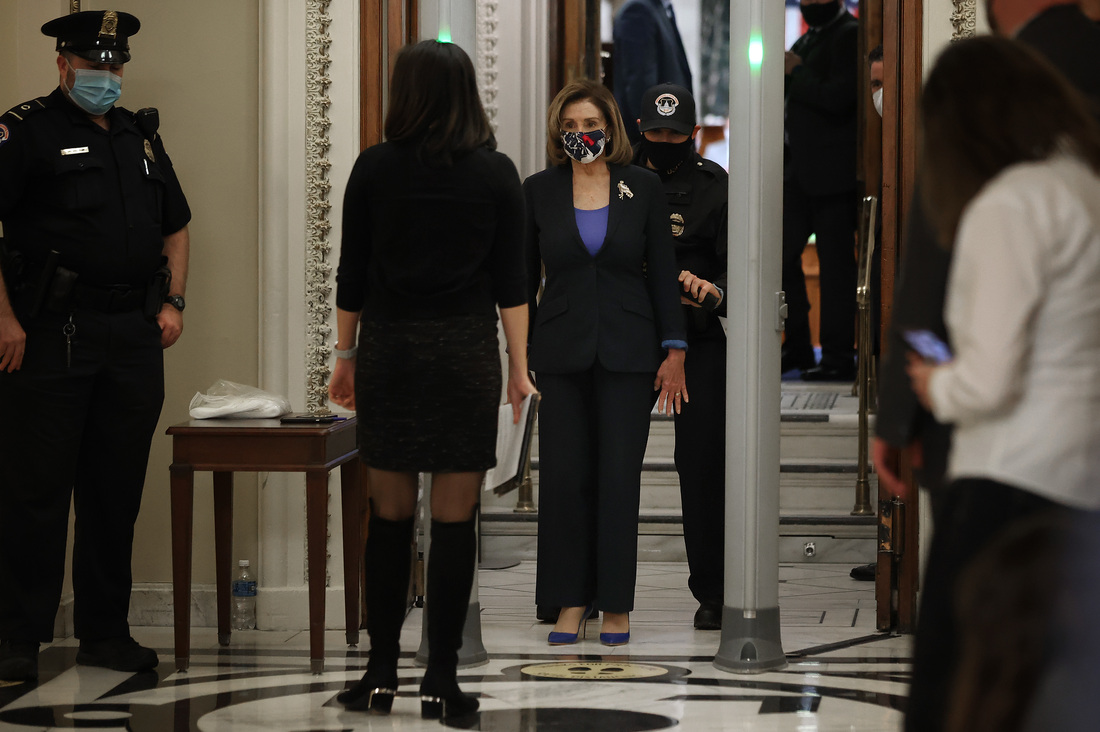 Speaker of the House Nancy Pelosi, D-Calif., is screened at a metal detector at the doors of the House of Representatives Chamber on Tuesday.

Up until this week, lawmakers were exempt from being stopped at metal detectors — staff, reporters and visitors are all required to go through them to enter the building. Members were reminded that House guidelines require any members with licensed firearms are restricted to keeping them in their offices.

The acting House Sergeant at Arms Tim Blodgett announced the changes Tuesday, warning in a notice to members, “Failure to complete screening or the carrying of prohibited items could result in denial of access to the Chamber.”

“This is political correctness run amok. The threat is outside, not inside. Every resource used inside is one that can’t be used outside,” he argued, according to a readout of the briefing.

The ramped-up security comes after last week’s violent uprising at the Capitol in which at least five people lost their lives.

The mob had been encouraged by President Trump to go to the Capitol as Congress was voting to certify President-elect Joe Biden’s White house victory.