Recently, popular American rapper Rick Ross caught the attention of his fans and followers for sporting all fake Louis Vuitton from head to toe. He was called out for the act on social media. Read on to know more details about the whole story:

Rapper Rick Ross recently came under fire as he got pointed out for wearing fake Louis Vuitton clothes in an Instagram post by him where he was boarding a private jet. The singer was wearing all this LV and all his luggage was from the brand too. He wore shorts, a bucket hat, shoes, and his backpack as well as carry-on were from Louis, or at least looked like it.

Also Read: Gladys Knight Will Face Patti LaBelle For The Next Most Awaited Verzuz Battle

Comments started pouring in as the fans took a close look and noticed that all the clothes and luggage were knock-offs. As one of his followers questioned that why would Ross wear everything fake, another one went into details as he mentioned that LV bags don’t come with blue metal protecting wraps as he said – “Louis bags, don’t come with blue protective wraps on the metal tabs … both backpack and carry on are fake.” Irrespective of the negative comments and all the people accusing Rick Ross fiddling with the authenticity of the brand, the singer has left the photo on his feed and seems to have no intention of taking it down. 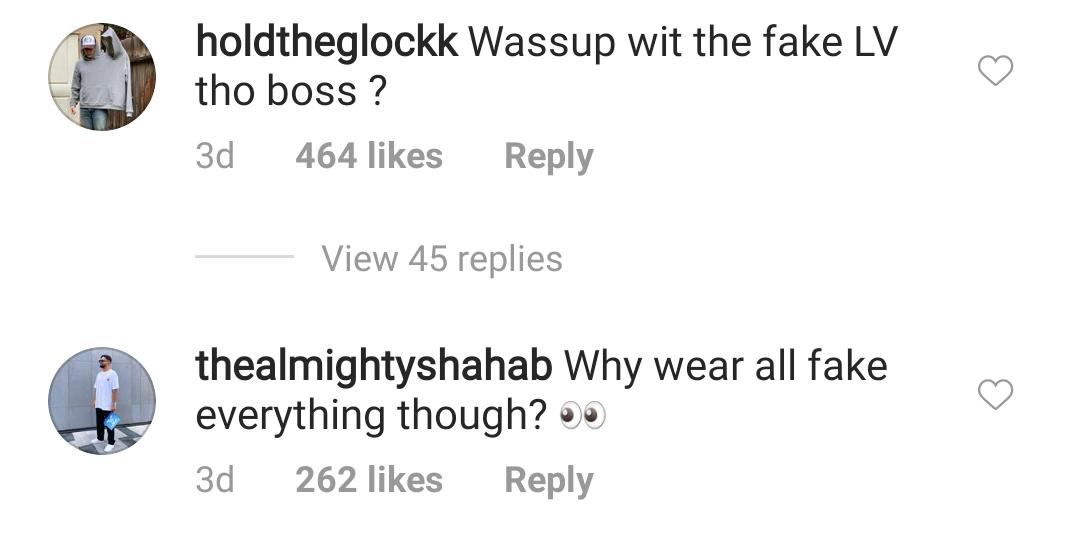 Rick Ross and LV incident in the past

Another incident including LV and Rick Ross took place in May 2009. Rick Ross had apparently flaunted a pair of sunnies from the brand which was fake. Louis Vuitton called out the rapper for sporting faux Louis sunglasses while he featured on the cover of XXL magazine. Further on, in this case, the person who owned the LV store in Los Angeles from where Rick Ross had got the glasses claimed that they were the original Louis Vuitton Millionaires sunglasses indeed but were customised. However, the attorney of the brand published a letter where they mentioned not having any associations with the rapper and also didn’t agree to the authenticity of the accessory.

Also Read: Rick Ross Agrees To Clear His ‘BMF’ For Use In 50 Cent Show On One Condition; Read Here