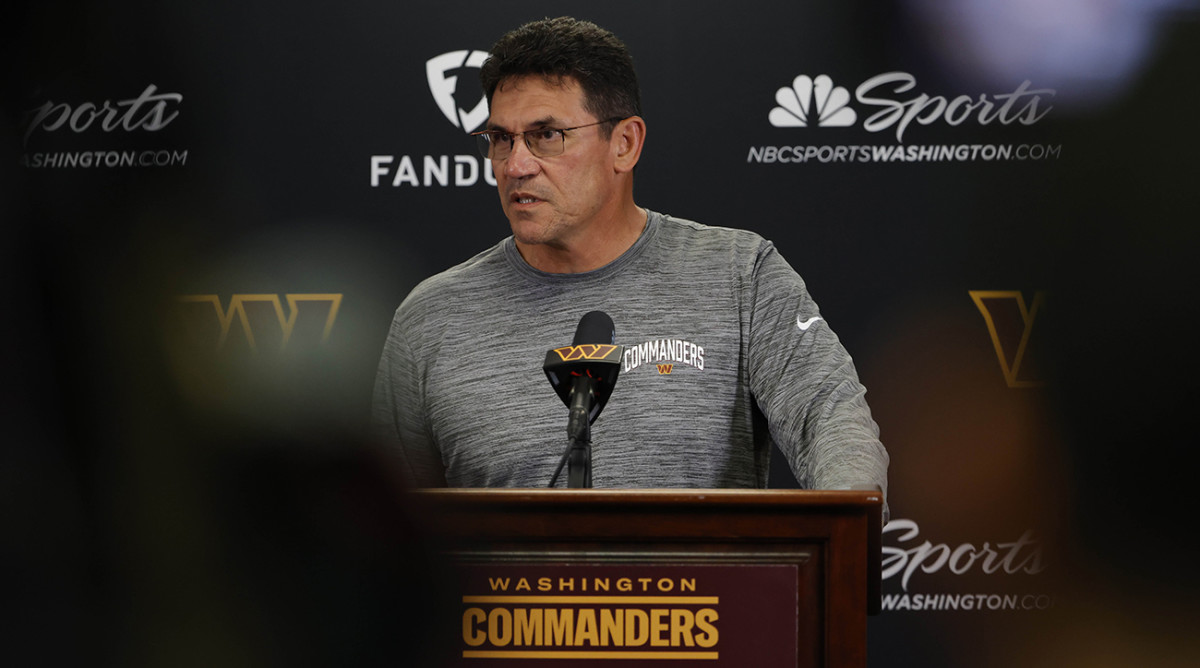 While talking to reporters Tuesday, Commanders coach Ron Rivera addressed critics who were coming after him regarding the First Amendment after he fined defensive coordinator Jack Del Rio for his comments on the Jan. 6, 2021 attack on the Capitol.

Rivera said he has read the First Amendment “over and over” and has a copy of it at his desk. He wanted to make it clear he takes it very seriously and the reason Del Rio was fined $100,000 was because his comments were a “distraction,” per Matthew Paras of The Washington Times.

“When you as an American are free, you’re granted specific freedoms,” Rivera said. “But with those freedoms come tremendous responsibility.

“If we don’t respect and are careful with those rights, then there’s going to be consequences,” he continued.

The First Amendment is a person’s freedom of speech, but it’s clear that he and the organization deemed Del Rio’s comments as both hurtful and disrespectful. Del Rio tried to minimize the Jan. 6 attack where four people died as a “dust-up.” He eventually apologized for his comments and deleted his Twitter account where his comments first originated.