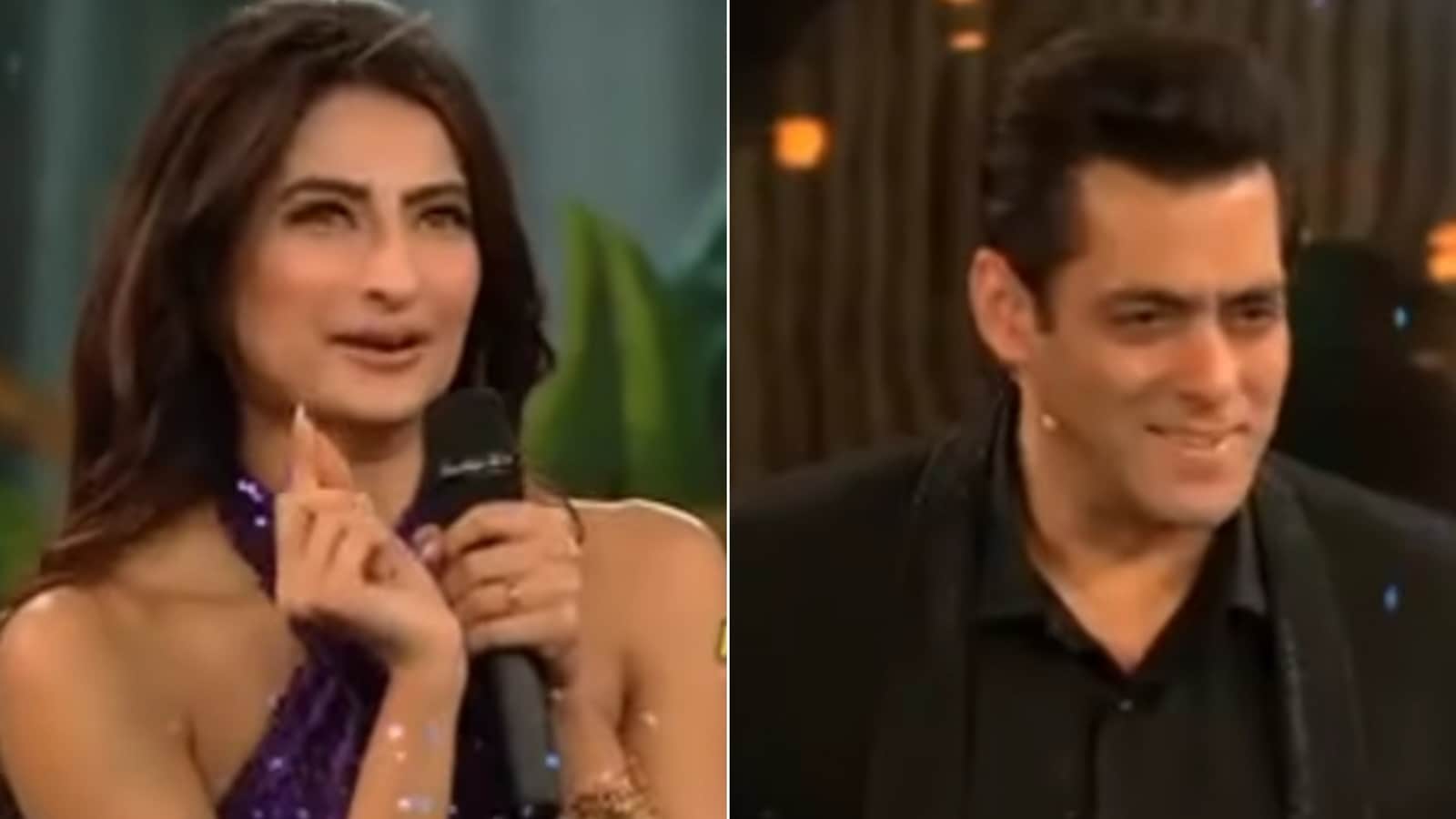 The New Year special of Bigg Boss 15 is set to air on Friday night and it will see host Salman Khan entertain a few special guests. Among them is actress Palak Tiwari. A recently-released promo for the episode shows Palak asking Salman to deliver a line of his from her favourite movie Andaz Apna Apna and the superstar obliging.

Palak recently made waves with her appearance in the music video for Harrdy Sandhu’s song Bijlee Bijlee. In the promo, Palak first makes Salman dance with her to the popular track. Following this, she reveals to Salman that her favourite film is the 1994 release Andaz Apna, which starred Salman and Aamir Khan. She requests Salman to say ‘Ui maa’ in his trademark style from the film. Salman immediately delivers the phrase, which he had made famous in Andaz Apna Apna, drawing applause from the audience and Palak.

When it released in 1994, Andaz Apna Apna did not do well at the box office but over the years, the comedy caper has developed a cult following and become a classic in its own right. Several lines delivered by the various characters have become part of pop culture.

Palak Tiwari is the daughter of actor Shweta Tiwari and she recently made her foray into the entertainment world through short films and music videos. Even though she is yet to make her Bollywood debut, Palak already has a sizeable following on social media.

Also read: Palak Tiwari’s intense workout at the gym is nothing less than epic: Watch video

In an interview with Spotboye, Palak had said that she doesn’t consider herself a star kid. “Frankly, I don’t consider myself a star kid. My mother is a very established actress but in a very different industry altogether. I would have had these benefits I feel in television,” she had said.