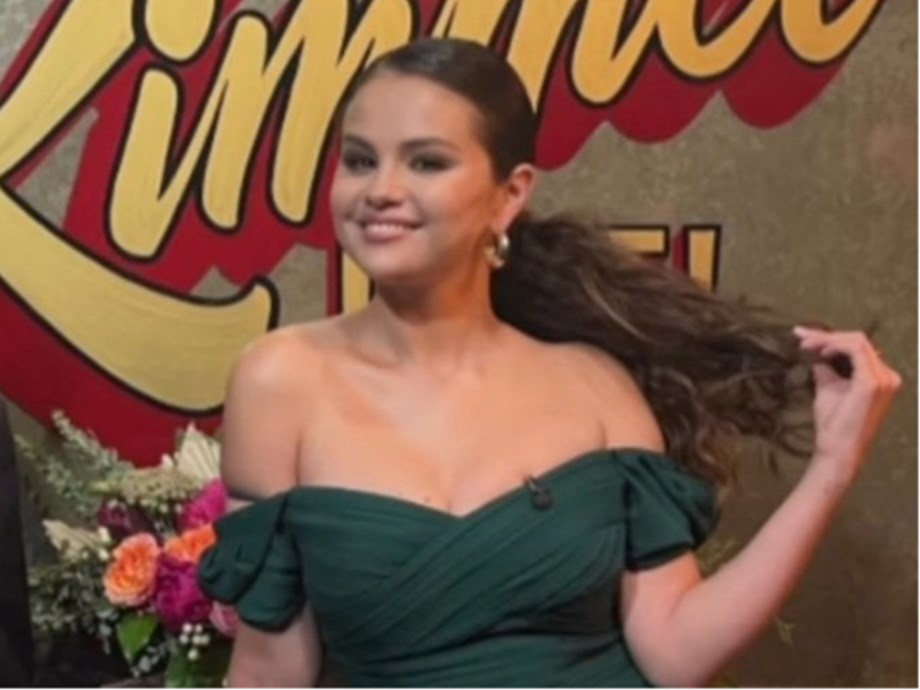 Selena Gomez on June 9, joined numerous other highly famous party guests in hitting the dance floor at Britney Spears’ wedding with Sam Asghari. The 29-year-old actress opened up about the event recently on ‘Jimmy Kimmel Live.’ As per Billboard, before holding up a photograph of Gomez standing with Spears and fellow guests such as Donatella Versace, Paris Hilton, Madonna and Drew Barrymore at the ceremony, Kimmel first joked, “A Thursday wedding.. doesn’t that usually indicate that the bride and groom are trying to get a discount?”

“I wouldn’t know!” Gomez laughed before relating to the late-night show’s audience who each of the women in the photo was, with the last person she listed being Britney herself, standing in the middle of the group wearing her simple, sleek Versace wedding gown. “The woman herself, Ms. Britney Spears,” Selena said. “I am really happy for her, it was beautiful,” she added, also revealing to a very curious Kimmel that the newlywed couple served their guests ‘finger foods’ at the reception.

Apparently, Selena was one wedding guest whom Spears personally thanked on Instagram after the wedding. “@drewbarrymore my girl crush and @selenagomez who btw is way prettier in person if that’s possible both came !!!” the 40-year-old pop star wrote, revealing in the same post that she’d had a panic attack right before the ceremony. Selena also talked about the upcoming second season of her Hulu series ‘Only Murders in the Building’ with Kimmel on his talk show. (ANI)