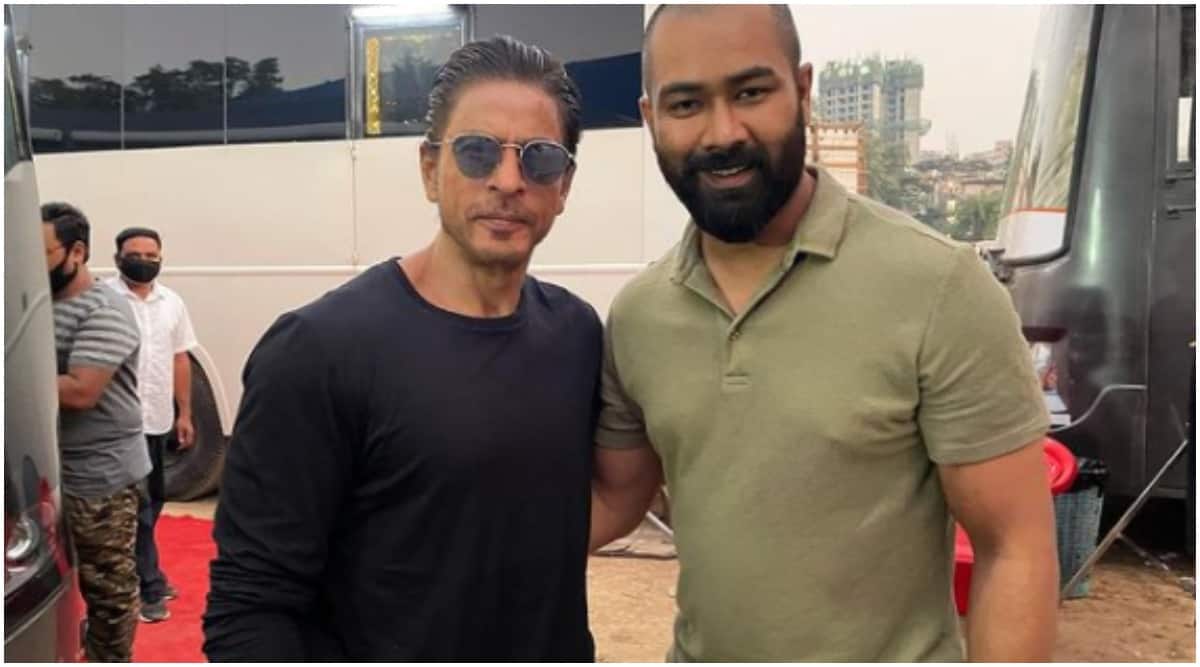 Actor Shah Rukh Khan recently resumed work after an extended break following his son Aryan Khan’s arrest and subsequent bail in the cruise ship drug-bust case. Shah Rukh had commenced work on director Siddharth Anand’s Pathan when the incident happened. He was photographed on the sets of the film some days ago.

Now, a new photo of the actor, presumably from the Pathan sets, has been shared by actor Diganta Hazarika, who is also a part of the film, according to a MagicalAssam.com report. “Success is not a good teacher, failure makes you HUMBLE…. SRK @iamsrk The most successful actor of India Cinema yet the most humble human being,” Diganta wrote in his caption. His followers hailed Shah Rukh’s return in the comments section. “Boss is back,” one person wrote. “Is this pic from Pathan set?” another person asked.

Pathan is yet to be announced, but co-stars Deepika Padukone and John Abraham. It is rumoured to be set in an interconnected universe of films produced by YRF, that also include Salman Khan’s Tiger movies, and Siddharth’s Hrithik Roshan and Tiger Shroff-starrer War. Salman had said on his birthday that the film should release by December 2022.

In the photo, Shah Rukh is posing with Diganta, wearing dark glasses and long hair. He is in a dark T-shirt, and appears to be surrounded by crew members and trailers.

Shah Rukh hasn’t made a public appearance since Aryan was arrested in October, in connection with a drug-bust aboard a Goa-bound cruise ship. After securing bail, Aryan was ordered to mark weekly attendance at the Narcotics Control Bureau offices in Mumbai, but he has now been relieved from this. Shah Rukh appeared in a virtual event for a car company, before shooting a commercial recently.

Pathan is Shah Rukh’s first film since 2018’s Zero. He has also shot an extended cameo in the long-delayed fantasy film Brahmastra, and will reportedly appear in the third Tiger film. Salman is also expected to make a cameo appearance in Pathan.