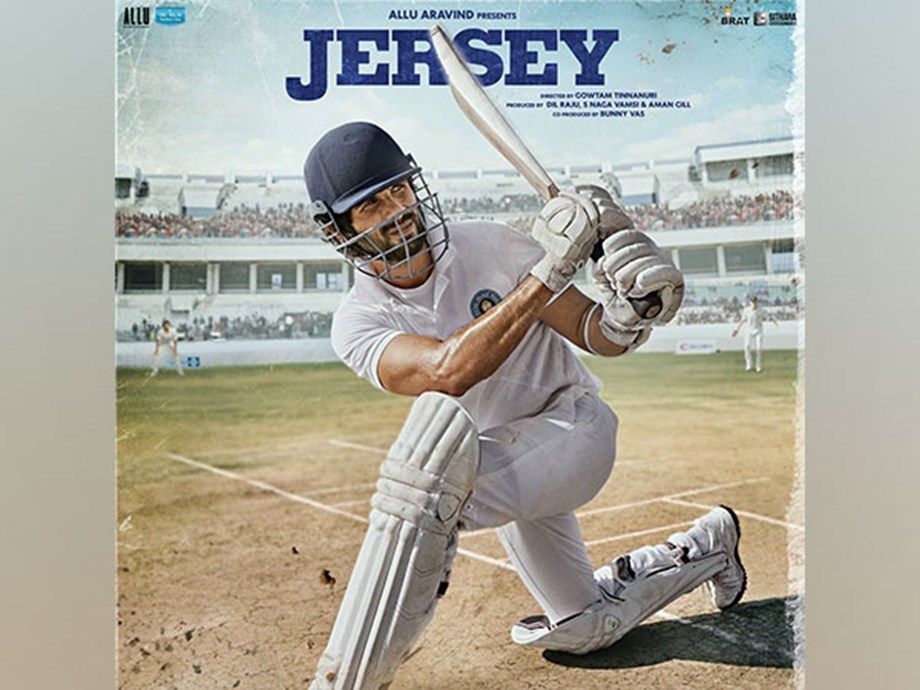 After Shahid Kapoor-starrer ‘Jersey’ turned out to be a disappointing affair at the box office, the makers are now all set to release the film on Netflix on May 20. Sharing the update, the Netflix team, on Tuesday, took to Instagram and wrote, “This one is about to knock it out of the stadium. JERSEY ARRIVES ON NETFLIX ON 20TH MAY.”

Helmed by Gowtam Tinnanuri, ‘Jersey’ revolves around Arjun (played by Shahid), a failed cricketer who decides to fulfil his dream of representing Team India for happiness of his son. Mrunal Thakur and Pankaj Kapur are also a part of the film, which is the Hindi remake of the Telugu film of the same name.

The new version fell way short of expectations in terms of box office returns despite a positive word of mouth. (ANI)