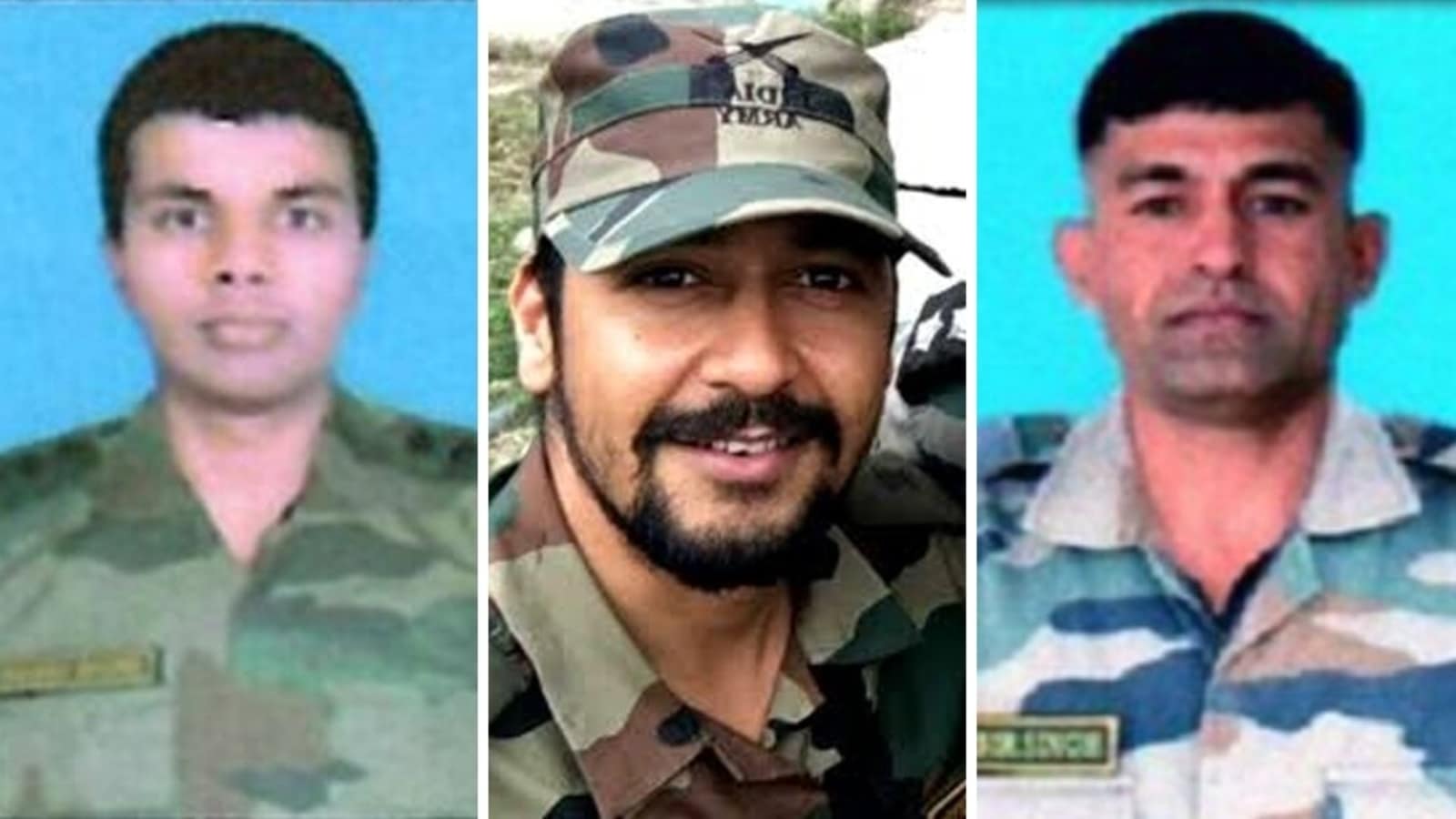 Shaurya Chakra is awarded to the personnel of the armed forces for instances of extraordinary gallantry. The awards were given by President Ram Nath Kovind during the defence investiture ceremony held at the Rashtrapati Bhavan.

President Ram Nath Kovind on Monday awarded the Shaurya Chakra to Major Vibhuti Shankar Dhoundiyal and Naib Subedar Sombir (both posthumously), and Major Maheshkumar Bhure. The awards were given at an investiture ceremony at the Rashtrapati Bhavan.

Major Dhoundiyal was killed in the 2019 Pulwama terrorist attack. His wife, Lieutenant Nitika Kaul, and mother Saroj Dhoundiyal received the award at the ceremony.

Watch the video below:

Major Dhoundiyal has been accorded the Shaurya Chakra for his role in an operation where five terrorists were eliminated and 200 kg explosive material was recovered.

He lost his life in the February 2019 encounter with Jaish-e-Mohammed (JeM) terrorists in Pulwama in Jammu and Kashmir.

Major Maheshkumar Bhure was given the award for displaying “exemplary leadership and unparalleled courage” during an operation in which six top terrorist commanders were killed in Jammu and Kashmir on November 25, 2018. “Captain Maheshkumar Bhure cordoned the target house and achieved complete surprise, thereby trapping the terrorists. The terrorists attempted to break the cordon in darkness by lobbing grenades and firing indiscriminately. As they ran towards his position, the officer retaliated with deadly accurate fire at close range, thereby killing a terrorist and forcing the other terrorists to retreat back,” his citation read.

Seeing his buddy wounded in this fire fight, he put himself at great risk and personally evacuated him under very heavy fire. He then readjusted the cordon to prevent any escape and was able to pin down the terrorists, the citation further said. Major Bhure (30) hails from Osmanabad district in Maharashtra. He graduated in electrical engineering from Pune university.

Naib Subedar Sombir was among the armymen who died while fighting terrorists in Jammu and Kashmir in February 2019. During the encounter, three hardcore terrorists were killed. One of them was a foreigner and an ‘A++’ category terrorist, and he was shot down by Sombir in a close quarter battle.

Shaurya Chakra is awarded to the personnel of the armed forces for instances of extraordinary gallantry.