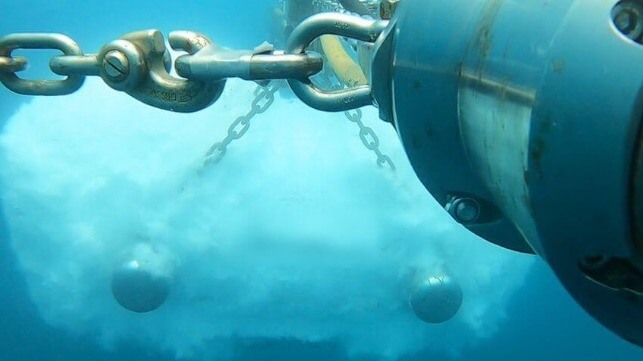 Shearwater GeoServices and Equinor have welcomed Vår Energi and Lundin Energy Norway to their project to commercialize a new vibration source for seismic surveys. Together, the partners want to replace seismic airgun blasting – disliked by fishermen, environmentalists and regulators due to its alleged effects on marine life – with a more selective “sustainable marine vibratory source.”

The project builds on the existing technology cooperation between Shearwater, Equinor and the Norwegian Research Council. “The joint ambition is to acquire better quality seismic data, faster and with low sound energy by harvesting the untapped potential of marine vibratory sources,” said Massimo Virgilio, CTO of Shearwater GeoServices. “We are investing in this technology as a solution for the energy transition, enabling monitoring of carbon storage and efficient exploration and production of energy.”

Traditional seismic blasting involves towing an array of airguns behind a survey ship on a geometric trackline, setting them off at short intervals to send acoustic shock waves through the water column and into the seabed below. The reflected energy that comes back is used to create a detailed picture of the rock strata, helping oil and gas companies to find valuable fossil-fuel deposits beneath the surface. At up to 250 decibels – equivalent to the detonation of several pounds of TNT underwater – it is one of the loudest manmade sounds in the ocean, according to Oceana. Norwegian fishermen allege that commercially-valuable fish stocks will depart the area during and after a near-shore seismic survey event.

Accoring to Shearwater, by selecting only the necessary sound frequencies and emitting them more gradually over time and space, the new seismic technique – marine vibroseis – potentially allows optimal signal strength and direction towards subsurface targets, enabling surveys to be shorted in duration and with low sound emissions.

Marine vibreosis has been under development since the late 1990s, and there are at least two other seismic firms that are working to mature the technology.

“Equinor has supported this development for several years already, as we believe this new source technology has potential to reduce the environmental impact of marine seismic surveys further and to increase survey efficiency,” said Nick Ashton, Equinor VP Subsurface Solutions Technology Development. “With better control of the frequency, phase and amplitude of the emitted signal, the new source should also provide an improvement in data quality.”

The new source may also be used in environmentally restricted areas, where the reduced sound emission levels are favored, according to Lundin.