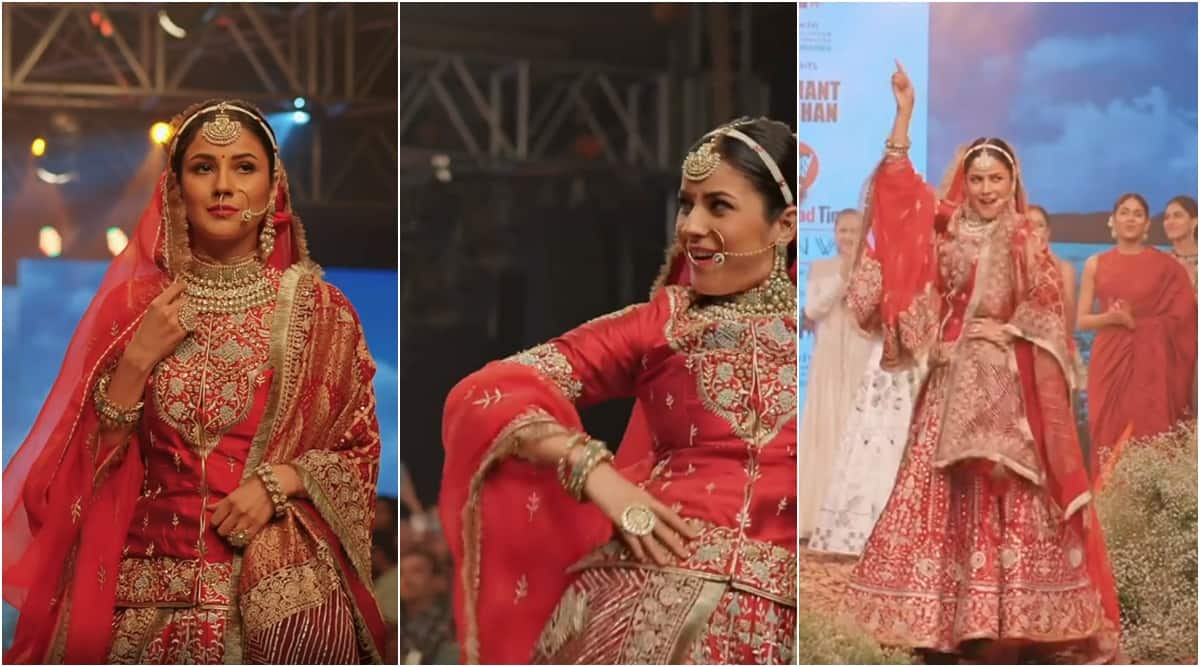 Shehnaaz Gill made a striking ramp debut at a recent fashion show and her stage presence oozed her flamboyance and chirpiness. The Punjabi sensation and social media star walked for designer Samant Chauhan as a Rajputana bride.

Shehnaaz posted a video on her Instagram handle from her ramp appearance. Dressed in red, she flaunted royalty. She was every but the coy bride as she walked on stage but soon the Punjabi kudi took over as she burst out into some bhangra as Sidhu Moosewala’s songs played in the background.

Shehnaaz wrote in the caption, “Debut walk done right! Walked for the super talented designer @samantchauhan at the @timesfashionweek Thank you people of Ahmedabad for making us extra special for me! Your hospitality and love is immeasurable. #ShowStopper #ShehnaazGill”

Shehnaaz has been grabbing eyeballs with her many photoshoots, a sneak peek of which she keeps giving on her social media handles. The Bigg Boss fame has been well captured by celebrity fashion photographer Dabboo Ratnani too.

After her last screen appearance alongside Diljit Dosanjh and Sonam Bajwa in Honsla Rakh, Shehnaaz is set to make her Bollywood debut with Salman Khan starrer Kabhi Eid Kabhi Diwali, for which she started shooting last month.