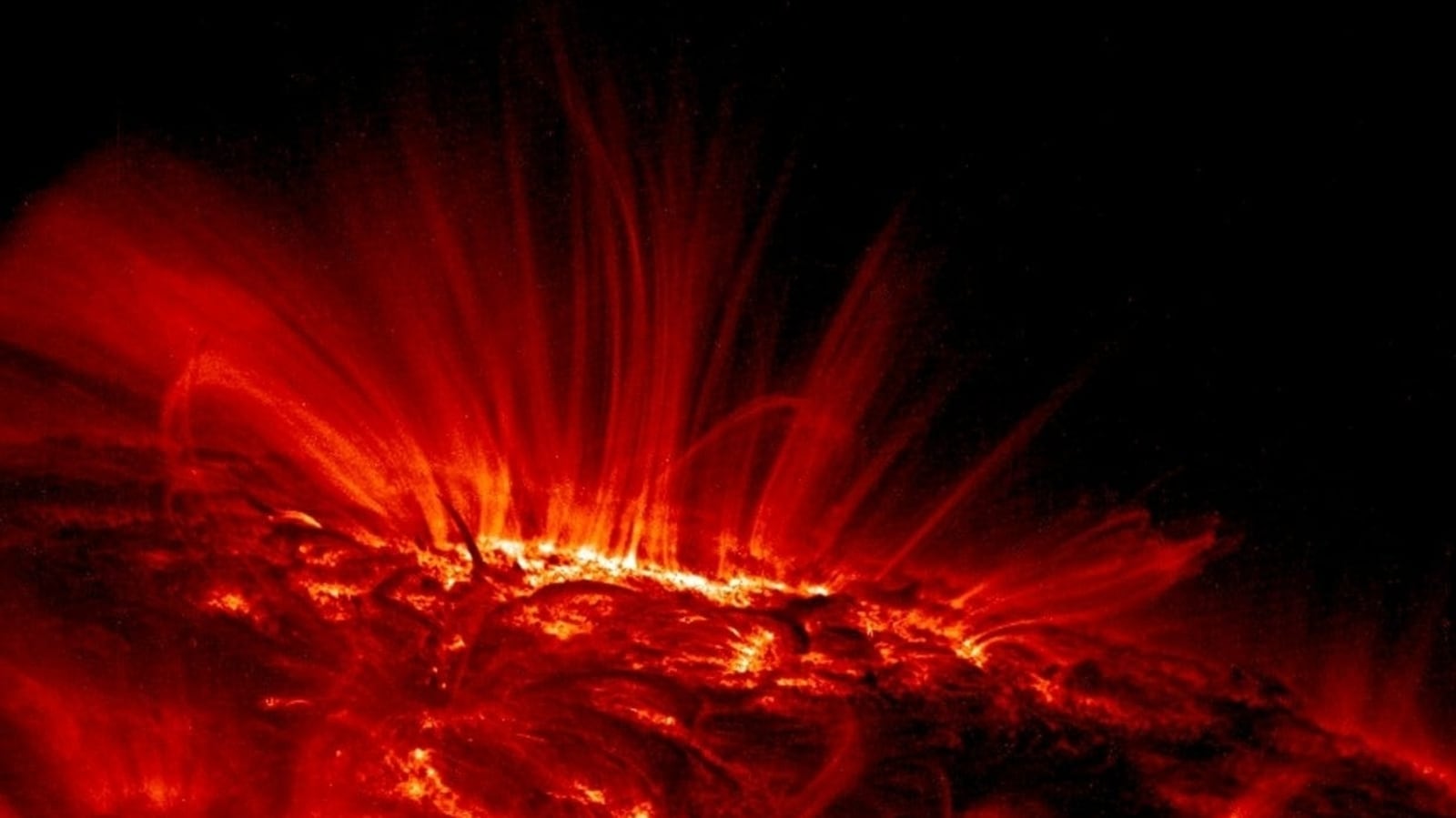 After a sunspot grew as large as the diameter of three Earths put together, the fear of an X-class solar flare erupting in our direction has increased. If that happens, the Earth can suffer massive radio blackouts and GPS disruptions.

This week has been filled with dangerous new developments on the Sun. On Monday, as many as eight new sunspots emerged on the Earth-facing solar disk (the side of the Sun visible from Earth). While a majority of these sunspots were deemed to be capable of small solar flare eruptions that would go unnoticed on the Earth, one particular sunspot became the source of concern. The sunspot, AR3038 (where AR stands for Active Region), came into the Earth’s view on Saturday and since then it has been growing in size. Within the first 24 hours, it doubled in size and now, it has grown as large as three Earths put together. And scarily, it still continues to grow. If it were to unleash a solar flare now, the radiation impact would instantly cause massive radio blackouts and GPS disruptions. This puts airplane movement and ships in the ocean at risk. Read on to know the details.

The first changes in the AR3038 was spotted by the Solar Dynamics Observatory of NASA on Monday. Afterwards, Spaceweather.com shared a status of the sunspot saying, “Yesterday, sunspot AR3038 was big. Today, it’s enormous. The fast-growing sunspot has doubled in size in only 24 hours”. However, it did not stop growing and is continuing to grow even now. The increase in size has also made it more likely that an X-class solar flare can erupt inside its unstable zone.

According to NASA, a sunspot is defined as temporarily darkened areas on the surface of the Sun that have reduced surface temperature caused by concentrations of magnetic flux. In simple terms, these areas siphon more energy from the Sun than they can handle and then combust in highly charged ionic explosions called a solar flare. The solar flares are categorized as A, B, C, M, and X, where A contains the weakest solar radiation while X contains the highest amount of solar radiation. With the increasing size of this sunspot, the risk for an X-class solar flare has grown multifold.

The Earth was struck with an X-class solar flare not long ago. It caused shortwave radio blackouts in multiple regions as well as GPS disruptions. As the solar radiation interferes with the transmission waves, a temporary blackout can also take place, resulting in communication drop. This can seriously affect in-flight airplanes and en-route ships in the ocean that require constant navigation support to be on the right track. So far the sunspot has remained quiet and it remains to be seen whether it does shoot out a solar flare or not. Agencies such as NASA, NOAA and others are observing this particular sunspot.