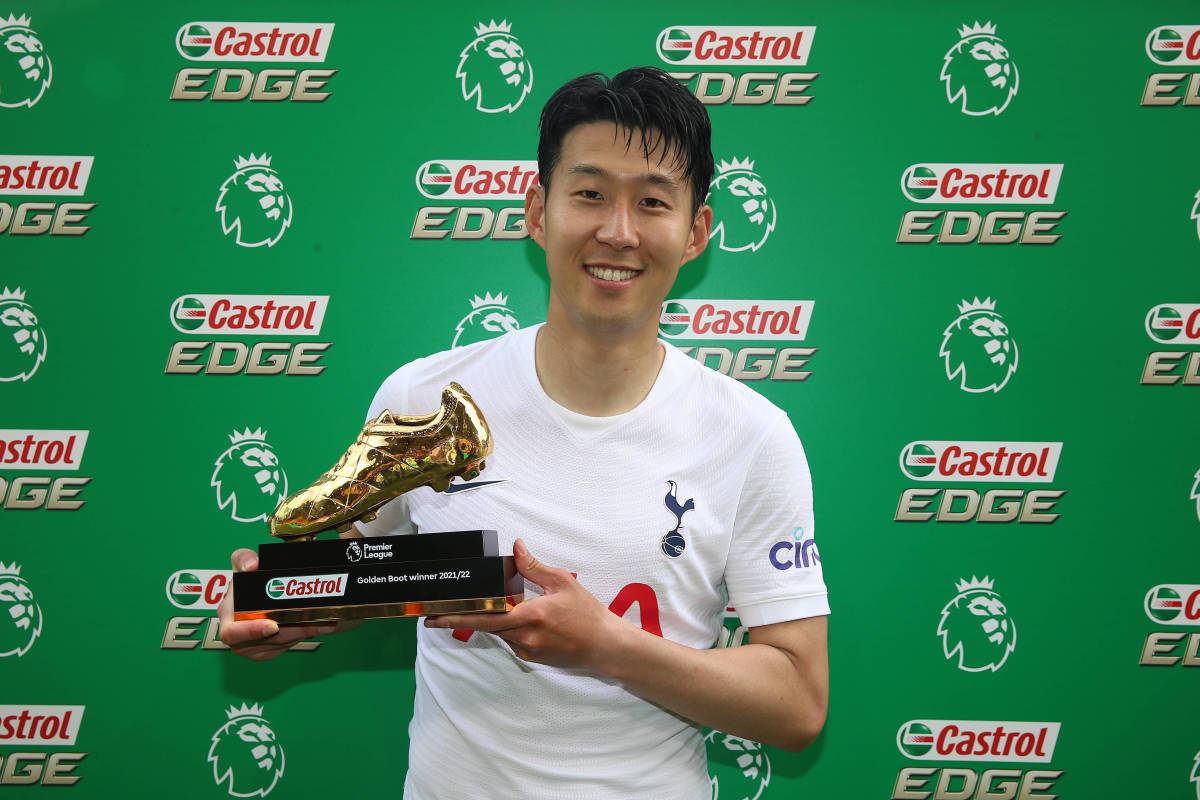 Son Heung-min is the first Asian player to win the Premier League’s Golden Boot after ending the season with 23 goals.

South Korea captain Son scored twice in Tottenham’s 5-0 win at Norwich on the final day to end the season level with Mo Salah, who netted once in Liverpool’s 3-1 victory over Wolves.

Son and Salah were therefore both considered as winners and each received a trophy.

Remarkably, none of Son’s 23 goals were from penalty kicks, while five of Salah’s were.

Son scored both of his goals at Norwich using his right foot, which is said to be his stronger foot.

But over the course of the season, Son actually scored 12 left-footed goals, compared to 11 with his right.

Son told BBC Sport after Tottenham’s win at Norwich: “It’s incredible to have this award.

“Until my goal I was really frustrated that I missed big chances. I told the players I missed the easiest chances and scored one of the toughest ones. I didn’t give up.

“I wanted to score today. The team helped me a lot at half-time. They wanted to help me, you could see it today.”

Son added: “This season was a great lesson. Next season we can look forward to the Champions League. Everyone deserves to be there.

“[Manager Antonio] Conte gives us so many different things. Before he came here nobody believed we’d reach the Champions League.”

On the trophy itself, Son said: “It’s really heavy, I wasn’t expecting that. It was a great, great day for me.”