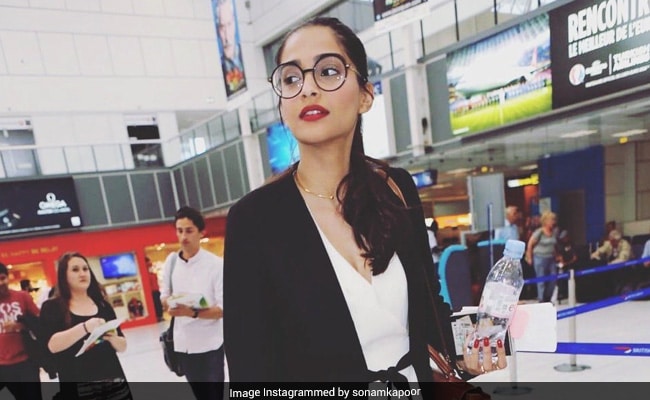 Sonam Kapoor, in coronavirus lockdown, is missing travelling. The Veere Di Wedding actress, on Sunday, dropped a picture of herself in an airport and wrote that she misses travelling. In the picture, Sonam Kapoor, dressed in a white dress and a black shrug, can be seen carrying a trolley as she looks away from the camera. Sharing the picture, Sonam borrowed a line from the song Leaving On A Jetplane by John Denver and wrote, “All my bags are packed and I’m ready to go.. somewhere.. anywhere. I miss travelling.” Take a look at Sonam’s picture here:

Within minutes of posting, Sonam’s picture was flooded with comments from her friends and fans. However, in a comment, Sonam revealed that she might be travelling to Mumbai soon. Sonam is currently in Delhi with husband Anand Ahuja. A user reacted to Sonam’s post and commented, “Come to Bombay,” to which Sonam replied saying, “Flights are open. I just might,” and dropped a wink emoticon. Take a look: 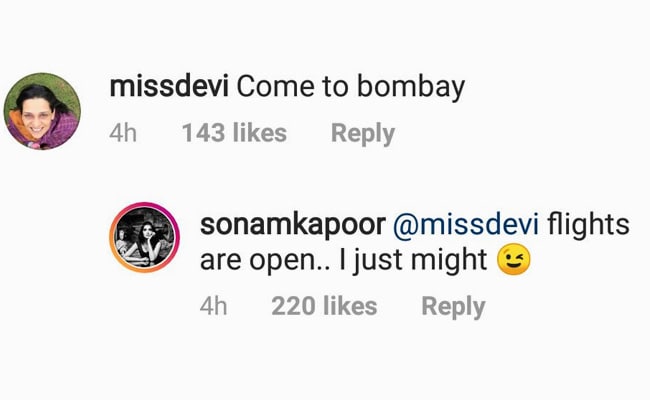 Sonam Kapoor, in coronavirus lockdown, has been revisiting old albums. The actress keeps sharing throwback pictures on her Instagram profile. A few days ago, Sonam trended a great deal for a throwback picture featuring herself and sister Rhea Kapoor. “DIY Batman costume for a party that wasn’t fancy dress because he was my favourite superhero. Also jumping and dancing with my Rhea Kapoor is still my favourite thing to do. (Yes those are batman socks and yes I was a nerd),” wrote Sonam. Take a look:

Sonam Kapoor was last seen in the 2019 film The Zoya Factor where she shared screen space with Dulquer Salmaan and Angad Bedi. The actress has not announced her upcoming projects yet.