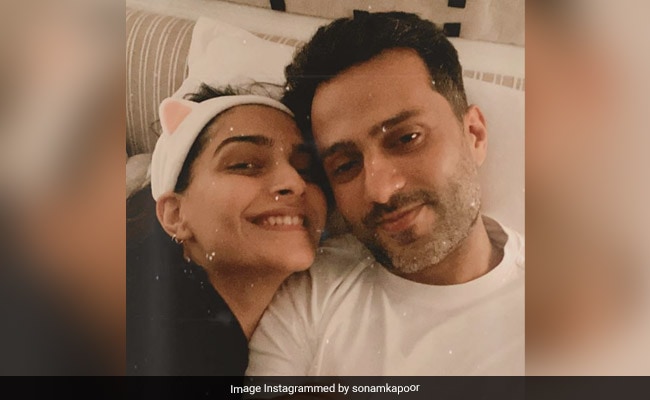 Sonam Kapoor and Anand Ahuja’s Instagram posts for each other are all sorts of goals. Celebrating her 35th birthday, Sonam shared an adorable set of pictures featuring Anand on Tuesday and it is winning the Internet. In the pictures, which are clicked at Anil Kapoor’s house in Mumbai, Sonam and Anand can be seen happily posing for the camera. Sharing the pictures, Sonam wrote an equally adorable caption for “the best husband in the world.” Sonam wrote, “The best husband in the world, who gives me everything that I truly need. He is my blessing on my birthday. Love you Anand Ahuja from the first day I hugged you.” Aww. Take a look:

Sonam’s post was flooded with comments from her friends and fans in no time. Reacting to the pictures, Anand wrote the sweetest words. He commented, “My world” and added earth emotions. Sonam Kapoor’s dad Anil Kapoor wrote, “so handsome, birthday girl,” while mom Sunita Kapoor dropped kiss emoticons.

Sonam, who recently reunited with her family in Mumbai, shared pictures from her birthday celebrations on her Instagram stories. Sonam’s sister Rhea Kapoor shared a picture of Sonam blowing the birthday candles and wrote, “Happy birthday, senior!” Take a look: 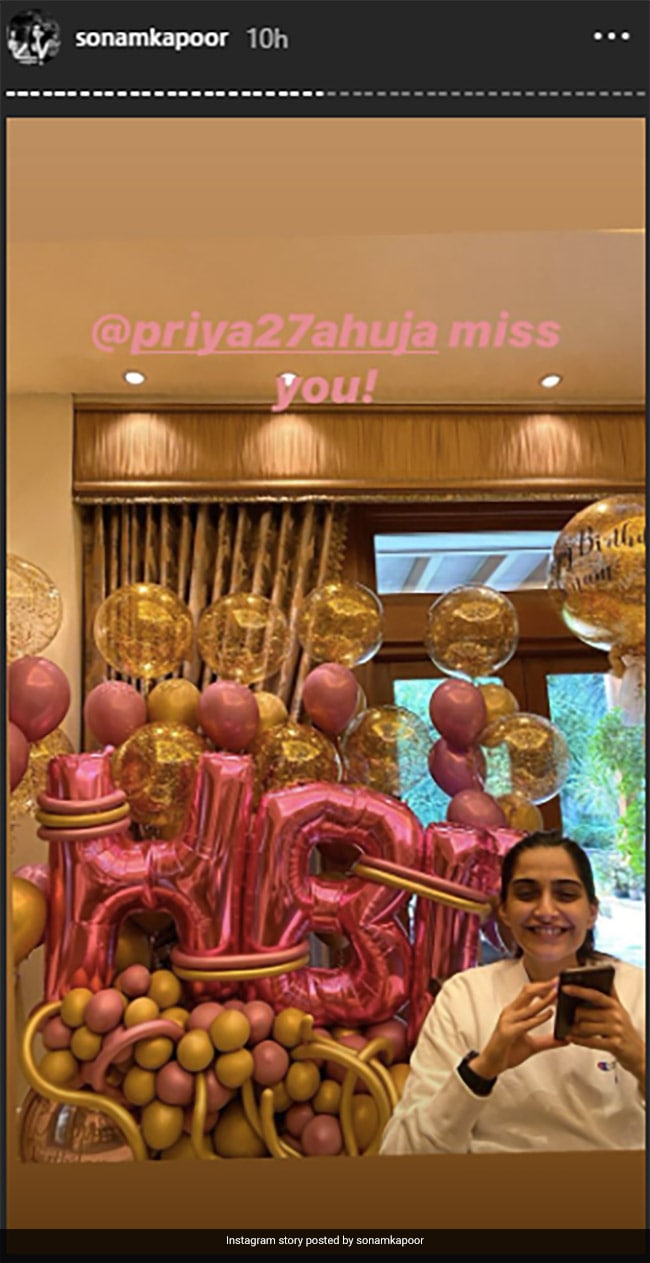 Screenshot of the Instagram story posted by Sonam Kapoor. 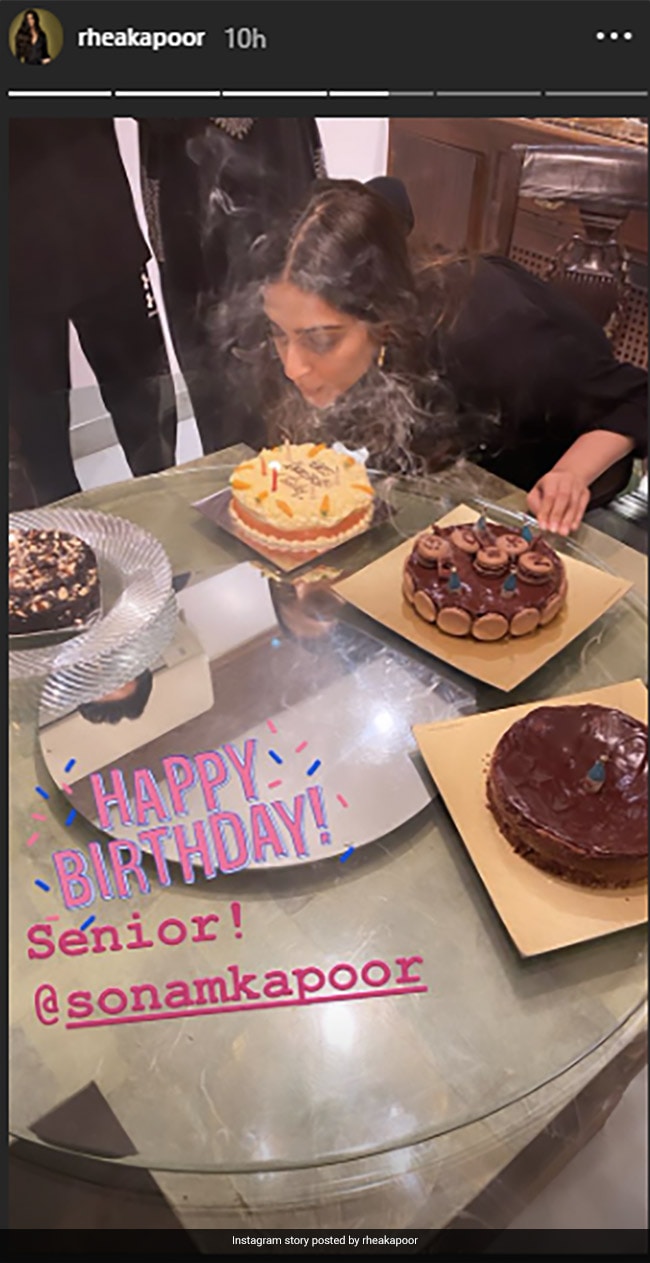 Screenshot of the Instagram story posted by Rhea Kapoor.

Coming back to Sonam Kapoor and Anand Ahuja. Earlier, the Veere Di Wedding actress had revealed that she met Anand Ahuja for the first time in London and they fell in love on their first date. The couple got married in May, 2018.

Sonam Kapoor was last seen in The Zoya Factor where she shared screen space with south star Dulquer Salmaan and Angad Bedi. The actress has not announced her upcoming projects yet. On the other hand, Anand Ahuja is an entrepreneur. He owns a clothing brand called Bhane and a multi-brand sneaker store called VegNonVeg.