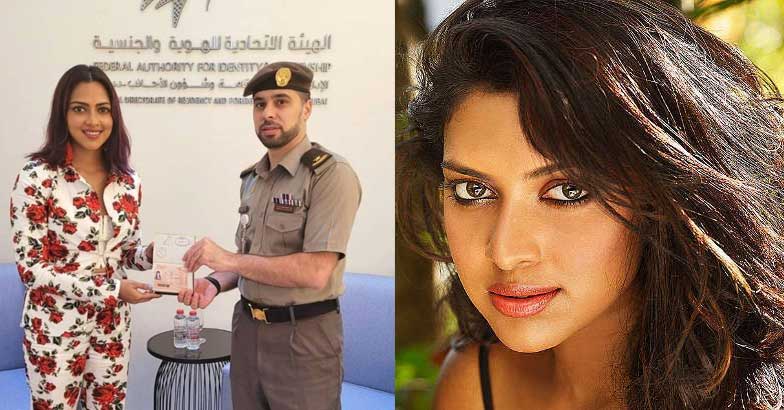 Chennai: Actress Amala Paul, who is well known in both the Tamil and the Malayalam film industries, has received the prestigious Golden Visa offered by the UAE.

The actress took to social media on Tuesday to make the announcement.

She said, “They say go for Gold, and for gold I went! Received UAE’s Golden Visa today. Feeling absolutely fantastic. Thank you to everyone that made this happen.”

Amala Paul is the latest in a long list of film celebrities who have been granted the Golden Visa. Prior to Amala Paul, several actors including Mammootty, Mohanlal, Tovino Thomas, Parthiepan and Shah Rukh Khan have received it.

The UAE Golden Visa is a long-term residence visa system, extending from five to 10 years, and is automatically renewed. It is granted to achievers from various fields, professionals, investors and those with promising abilities