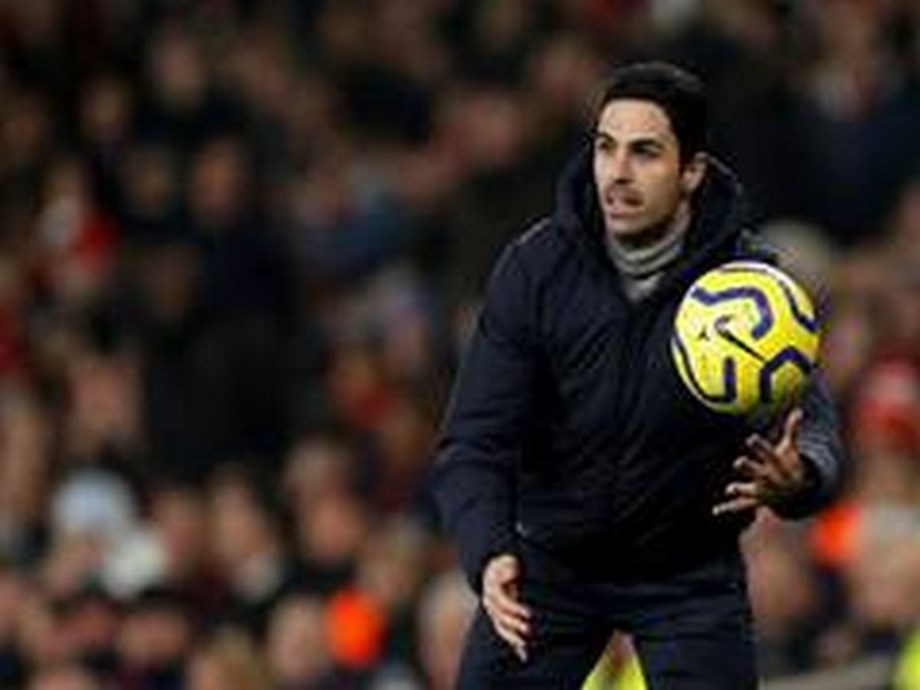 Taijuan Walker pitched through some apparent discomfort to toss seven scoreless innings as the New York Mets won another series with a 4-1 victory over the host Washington Nationals on Thursday. Mark Canha had three hits — including a homer — for the Mets, who are unbeaten in 10 series this season with nine wins and a four-game split with Atlanta last week. They took two of three from the Nationals.

Arsenal manager Mikel Arteta rounded on the referee Paul Tierney after his side’s hopes of wrapping up fourth spot were wrecked by a 3-0 defeat at rivals Tottenham Hotspur on Thursday.

Arsenal, who would have guaranteed a first top-four finish since 2016 with victory, looked comfortable early on.

Jordan Binnington made 25 saves as the St. Louis Blues defeated the visiting Minnesota Wild 5-1 Thursday to win their first-round Western Conference playoff series in six games. The Blues advance to the second round to face the Colorado Avalanche, who swept them out of the playoffs last season in the first round.

World number one Iga Swiatek stretched her winning streak to 25 matches by beating Victoria Azarenka 6-4 6-1 in the last 16 of the Italian Open in Rome on Thursday. Poland’s Swiatek, who has put together the longest winning run since Serena Williams racked up 27 victories in 2015, will face 2019 U.S. Open champion Bianca Andreescu in the quarter-finals of the claycourt event on Friday.

Levante were relegated from LaLiga on Thursday after they were thrashed 6-0 by champions Real Madrid, with Vinicius Junior scoring a hat-trick. Bottom club Levante needed to win to keep alive their dwindling chances of survival but against a rampant Real, that hope was quickly snuffed out.

Four-times Formula One world champion Sebastian Vettel said on Thursday that climate change had made him question his job as a driver traveling the world to race cars. Speaking on BBC Question Time, a television panel show mixing politicians and celebrity guests, the German was asked whether his position on the environment made him a hypocrite considering he was part of a “gas-guzzling” sport.

Harry Kane struck twice as Tottenham Hotspur kept their Premier League top-four hopes very much alive with a 3-0 demolition of Arsenal in a rambunctious north London derby on Thursday. Victory for Arsenal at the home of their arch-rivals would have secured their first top-four finish since 2016 and a Champions League place, but they suffered a dismal night.

Rafa Nadal said that everyday training was a challenge and he would take a doctor with him to Roland Garros after the 21-times major winner was once again hampered by a chronic foot injury in his defeat by Denis Shapovalov at the Italian Open on Thursday. Nadal, who only recently returned from a stress fracture in the ribs, struggled badly at the back end of his match against the Canadian as he went down 1-6 7-5 6-2 in the last-16.

Rafa Nadal was knocked out of the Italian Open after the 21-times major winner was beaten 1-6 7-5 6-2 by Canadian Denis Shapovalov in the last-16 of the Italian Open on Thursday. Nadal had a solid start, but the 35-year-old struggled physically towards the end of the contest, raising doubts over his fitness ahead of the French Open, which he has won a record 13 times.

Golden State forward Draymond Green said the Warriors are playing a Memphis team that is different than the one they prepared for now that Grizzlies guard Ja Morant is out and needs to refresh their game plan after being blown out on Wednesday. The Grizzlies cut the Warrior’s lead in the best-of-seven series to 3-2 after embarrassing the visitors 134-95 in Game Five in Memphis.