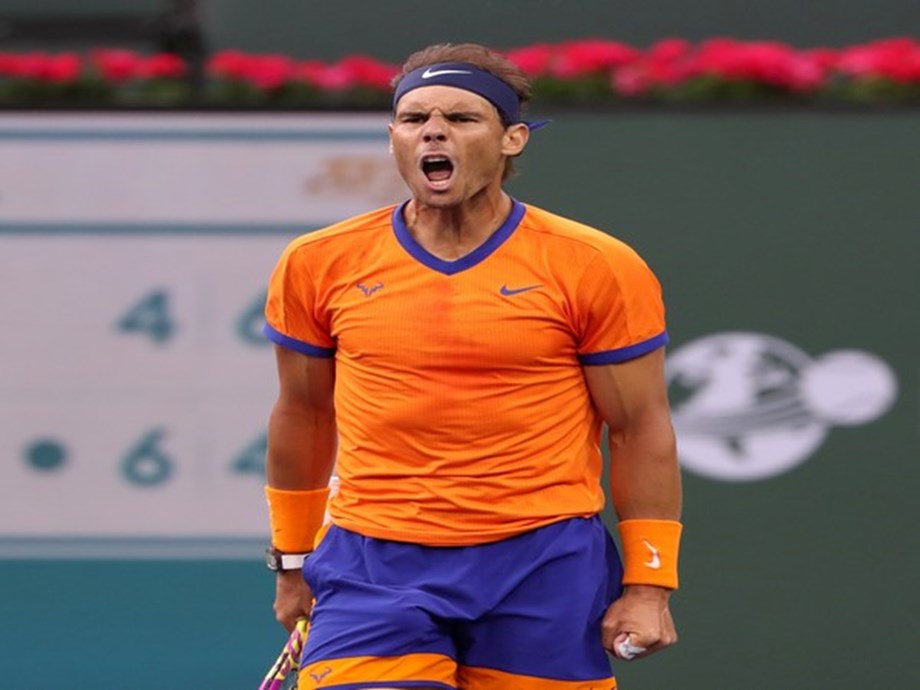 Frenchman Arnaud Demare of Groupama–FDJ came through a packed field to win stage five of the Giro d’Italia, a 172-kilometre ride from Catania to Messina, on Wednesday. Britain’s sprint specialist Mark Cavendish, looking to win his second stage of this year’s Giro, and Australian rider Caleb Ewan were heavily fancied to be frontrunners in Sicily, but fell away as the flat race approached Messina.

Eight months after fleeing Kabul as the Taliban swept to power in Afghanistan, Farida trains at a suburban Melbourne pitch, dreaming of one day playing soccer for her country while lamenting the fate of fellow women players back home. The 20-year-old striker was one of 77 Afghan athletes, family members and officials evacuated from Afghanistan last year by the Australian government after lobbying by prominent figures in the sporting world.

The fan violence that erupted during the European Championship final between England and Italy at Wembley Stadium last year is unacceptable and must never happen again, UEFA President Aleksander Ceferin said on Wednesday. The July 11 final, won by Italy in a penalty shootout, was marred by clashes between supporters and officials in and around England’s national stadium, with hundreds of ticketless fans breaching security cordons.

Brooks Koepka’s hopes of playing a tune-up event ahead of next week’s PGA Championship ended as the four-time major champion withdrew from the AT&T Byron Nelson in McKinney, Texas, on Wednesday. Koepka has not played since last month’s Masters, where he missed the cut, and no reason was given for his withdrawal, calling into question his status ahead of the year’s second major, to be held at Southern Hills Country Club in Tulsa, Oklahoma.

Swimming-Peaty out of world championships with fractured foot

Britain’s three-time Olympic champion Adam Peaty will not participate at next month’s swimming world championships in Budapest after fracturing a bone in his foot, the 27-year-old said on Wednesday. Peaty, an eight-time world champion and holder of the 50m and 100m breaststroke titles, said he suffered the injury in the gym this week and that he had been told to rest for six weeks, meaning he will miss the competition starting on June 18.

Defending champion Rafa Nadal began his Italian Open campaign with an emphatic 6-3 6-1 victory over big-serving American John Isner to move into the last-16 on Wednesday. Nadal, who returned from a rib injury this month and fell at the quarter-final hurdle in Madrid last week, dominated Isner who struggled to find answers once the Spaniard, seeking his 11th title at Rome’s Foro Italico, hit his stride.

Soccer-UEFA allows Russia to take part in its congress

A Russian representative was allowed to attend UEFA’s Congress in Vienna on Wednesday despite the country’s national teams and clubs being barred from competitions. Europe’s governing body UEFA and world soccer governing body FIFA suspended Russian clubs and national teams from their competitions in February until further notice after the invasion of Ukraine, which Moscow calls a “special military operation”.

Toronto Maple Leafs forward Michael Bunting is among the three finalists announced Wednesday for the Calder Trophy. Bunting is joined by Detroit defenseman Moritz Seider and forward Trevor Zegras of Anaheim for the NHL’s rookie of the year trophy.

Cycling-Nibali to retire at the end of the season

Multiple grand tour champion Vincenzo Nibali will retire at the end of the season, the Italian said at the Giro d’Italia on Wednesday. Italian Nibali, one of seven riders to win the Tour de France, the Giro and the Spanish Vuelta, told reporters after the fifth stage in his hometown on Messina that 2022 would be his last competitive year.

Team Europe captain Henrik Stenson named Denmark’s Thomas Bjorn as his first vice-captain on Wednesday for next year’s Ryder Cup which will be played in Rome. Bjorn has represented Europe three times as a player, four times as a vice-captain and captained the team to victory in the 2018 edition in Paris.