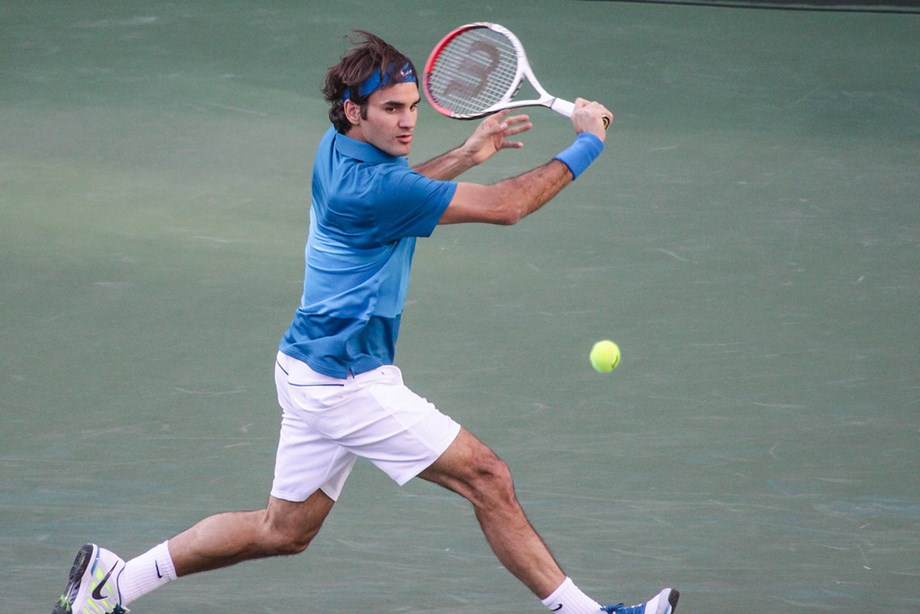 Australian cricketer Shane Warne, one of the finest spin bowlers of all time whose talent and personality transcended the sport, died aged 52 on Friday. Warne, who ended his spell-binding international career in 2007 with a remarkable 708 test wickets, died from a suspected heart attack in Koh Samui, Thailand, his family confirmed in a statement.

Roger Federer is unlikely to play this year’s Wimbledon as the Swiss great continues to recover from knee surgery, his coach Severin Luthi was quoted as saying in a Swiss newspaper. The eight-time Wimbledon champion’s most recent match was at last year’s Wimbledon, where he fell in the quarterfinals and afterwards announced that he would be undergoing his third knee surgery in two years.

Jason Robertson capped his first NHL hat trick with 30 seconds remaining in overtime and the visiting Dallas Stars defeated the Winnipeg Jets 4-3 Friday night for their third win in a row. Picking the puck up off the far boards, Robertson skated in alone and beat Winnipeg goaltender Connor Hellebuyck (30 saves) on his right side to push the Stars to 13-4-1 since Jan. 20.

Major League Baseball (MLB) players on Friday announced they were launching a $1 million support fund for workers impacted by the ongoing lockout. The fund, administered jointly by the Major League Baseball Players Association (MLBPA) and the AFL-CIO labor federation, will be used to benefit stadium employees and others experiencing financial hardship after MLB canceled the start of the regular season when it failed to reach a labor agreement with players.

Australians laid tributes of flowers and beer bottles at a statue of Shane Warne in Melbourne on Saturday, after the country woke to the shocking news the cricketing great had died from a suspected heart attack while on holiday in Thailand. As many in the sporting world and beyond expressed grief, Australian Prime Minister Scott Morrison offered Warne’s family a state funeral for the sportsman known to his compatriots simply as “Warnie” .

Trainer Bob Baffert’s request for a stay of his 90-day suspension has been denied by the Kentucky Horse Racing Commission (KHRC), his attorney said on Friday. Racing stewards last month nullified Baffert-trained horse Medina Spirit’s victory in the 2021 Kentucky Derby due to the presence of a banned drug in his system and handed the trainer the suspension and a fine of $7,500.

Manchester City’s Ukraine international Oleksandr Zinchenko has questioned the refusal of Russia’s leading footballers to speak out against their country’s invasion of his homeland. After Russia invaded Ukraine last week, FIFA and UEFA suspended the country from international tournaments, but none of the nation’s top players has publicly criticised President Vladimir Putin’s decision to go to war.

Tennis-‘I would probably be in jail’: Serena sees double-standard in Zverev case

Twenty-three time Grand Slam champion Serena Williams said she would have faced far harsher punishment had she engaged in similar behavior to German Alexander Zverev, who was thrown out of a tournament last month for unsportsmanlike conduct. The world number three was kicked out of the ATP 500 event in Acapulco after he smashed his racket repeatedly against the umpire’s chair after a doubles defeat.

Cameron Johnson capped the best game of his career by hitting a long 3-pointer as time expired Friday night to complete Phoenix’s 14-point, fourth-quarter comeback as the host Suns edged the New York Knicks 115-114. New York was up by two with 7.1 seconds remaining when Alec Burks hit his first free throw but missed badly on the second. Phoenix grabbed the rebound and worked the ball up top to Johnson. who capped his career-high, 38-point night when his 31-foot bank shot went in, setting off pandemonium.

Ukrainian athletes were given a warm welcome on a chilly Beijing evening as the Winter Paralympics opened on Friday, after Russian and Belarusian athletes were sent home on the eve of the Games over Russia’s invasion of Ukraine. International Paralympic Committee President Andrew Parsons made an impassioned call for peace during the ceremony at the Bird’s Nest Stadium that was attended by Chinese President Xi Jinping.