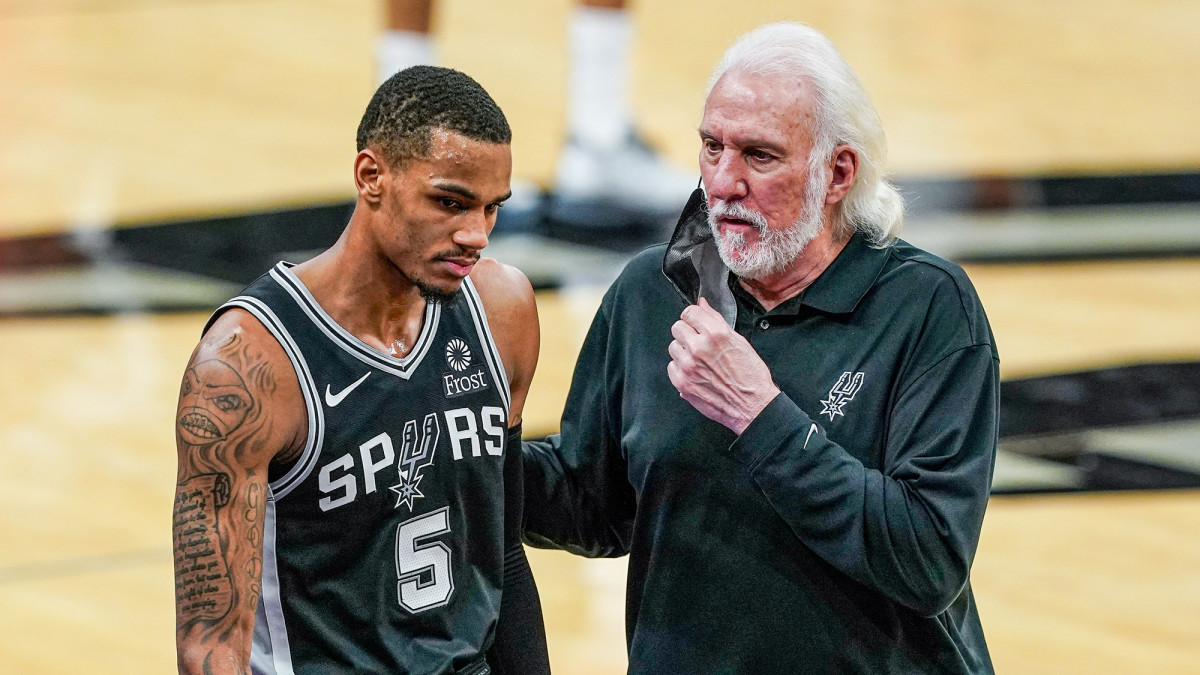 Spurs guard Dejounte Murray is coming off his most successful season yet with San Antonio.

The 29th overall pick in the 2016 NBA draft has spent his entire career with the Spurs, emerging first as a role player before solidifying himself as a franchise cornerstone. Murray led the NBA in steals this season and was named to his first All-Star Game since becoming a professional.

Now, we know where Murray draws some of his motivation.

“Ten years ago I was in juvenile [detention] and that whole in there I told the guards I [was going to] get out and change my life and never come back and they told me I will be right back [in juvenile detention]. Ten years later the same guards are asking for pictures and my autograph. Look at God!!!” Murray tweeted on Friday afternoon.

The Spurs guard is hoping to use this past season, his fifth as a professional, as a springboard into cementing himself as a star player.

Now far removed from his troubled past, Murray is making good on his word as he has changed his life for the better. Whether it was being named “Mr. Basketball” in Washington, or second-team All-PAC-12 in college or an NBA All-Star, Murray has turned a new leaf as he turned a negative situation from his youth into something positive moving forward.