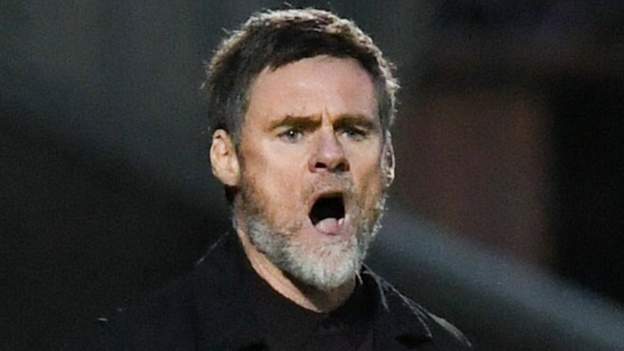 Graham Alexander was denied a win in his first match as Motherwell boss but the draw with St Mirren was enough to move them off the bottom of the Scottish Premiership.

Devante Cole pounced in the six-yard box to score the visitors’ opener.

But Jamie McGrath levelled from the penalty spot in the second half after a foul by Bevis Mugabi on Lee Erwin.

Motherwell, now without a win in their past 10 league games, moves up two places to 10th while St Mirren drop a place to eighth.

The Buddies tried to pepper the Motherwell goal with shots in the early stages but Marcus Fraser, Jamie McGrath, Lee Erwin and Kyle McAllister were all off target.

Cole flashed a shot wide but was successful with his next effort when St Mirren failed to clear their lines at a corner. Defender Conor McCarthy headed high into the air and Watt nodded down for Cole to finish.

Jim Goodwin sent on new striker Eamonn Brophy in place of McAllister in the second half and Ethan Erhahon placed a shot narrowly wide from McGrath’s cutback.

Erwin was felled by Mugabi with his back to goal and McGrath’s finish from 12 yards was composed.

Durmus tested debutant Well goalkeeper Liam Kelly at a free-kick and O’Hara did likewise with Alnwick at the other end.

Man of the match – Jamie McGrath 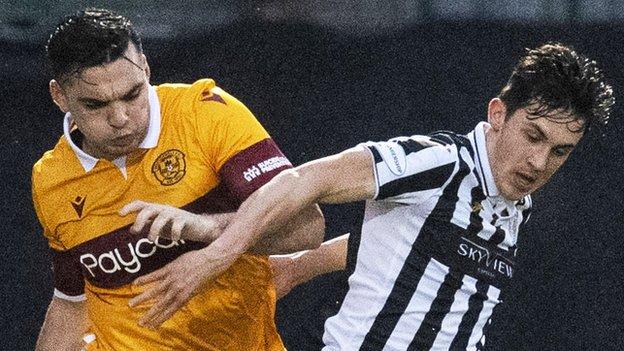 What did we learn?

St Mirren adopted a shoot on sight policy early on but did not really test new Motherwell keeper Liam Kelly, making his debut after joining on loan from QPR this week.

Jim Goodwin’s men did not heed the warnings from Polworth’s prowess and the busyness of Cole and Watt in attack but they stayed in the game and were rewarded in the second half.

Positives but also plenty to work on for Alexander. The performance overall was decent but the lack of a second goal and too many loose passes allowed their hosts back into the contest.

St Mirren are away to St Johnstone in the Premiership next Saturday (15:00 GMT). Motherwell’s next league game is with Rangers at Fir Park next Sunday (12:00).

Rate players out of 10 throughout or after the game. The rater will close 30 minutes after the final whistle.

Rating range key1 = Give it up10 = Pure perfection