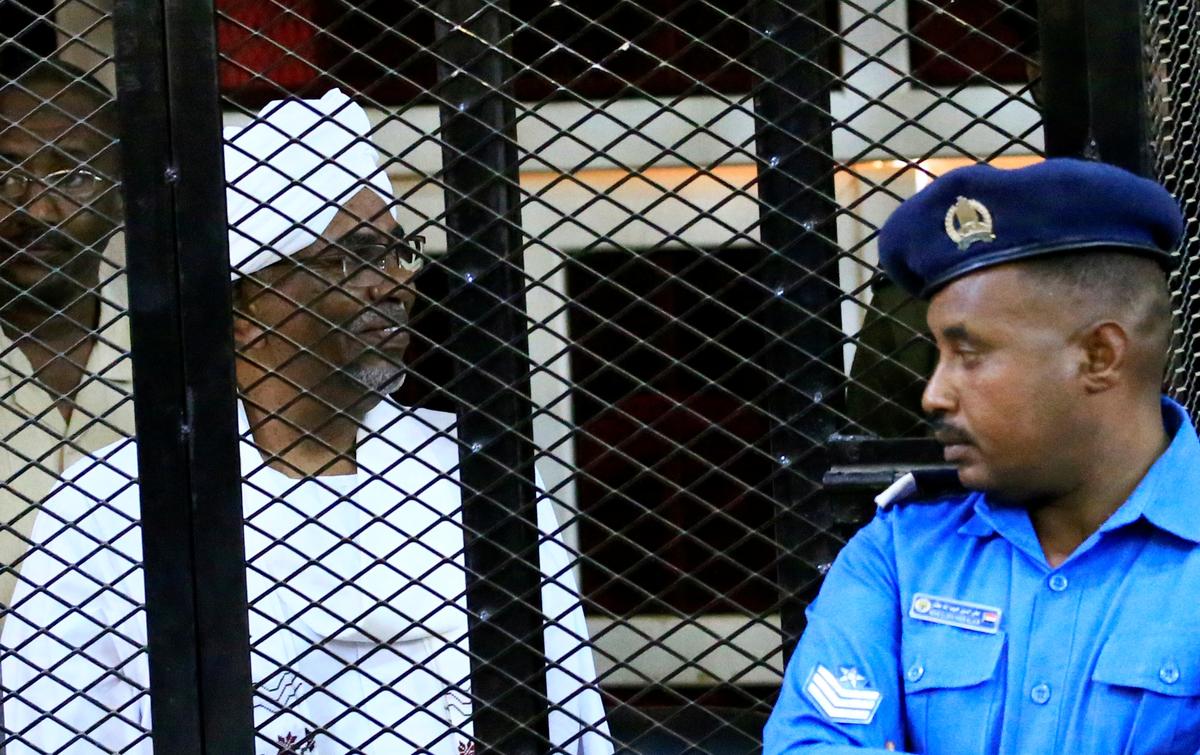 FILE PHOTO – Sudan’s former president Omar Hassan al-Bashir sits inside a cage during the hearing of the verdict that convicted him of corruption charges in a court in Khartoum, Sudan, December 14, 2019. REUTERS/Mohamed Nureldin Abdallah

The Empowerment Removal Committee has been charged by the attorney general with dismantling the system built by Bashir after his ouster in April last year.

It oversees investigations into crimes involving public funds and corruption by the former president and members of his extended family and old regime.

The committee seized a bank account of Bashir through which every month millions of U.S. dollars were channelled, it told a news conference. It also fired dozens of civil servants belonging to the old regime.

Mohamed al-Hassan al-Amin, a lawyer for Bashir, said he was unaware of details of the alleged bank account and transactions. He warned against a “political justice” against Bashir.

A Sudanese court handed Bashir a first, two-year sentence in December on corruption charges. He also faces trials and investigations over the killing of protesters and his role in the 1989 coup that brought him to power.