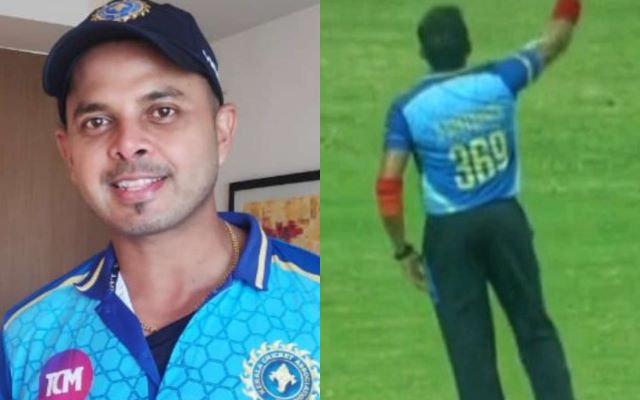 Sreesanth still has the fire and passion raging within him to put on the Indian jersey once again after all these years.

S Sreesanth suffered a massive blow to his professional career when he was convicted in a sensational spot-fixing case that rocked the Indian Premier League (IPL) in the year 2013. Rajasthan Royals’ players Sreesanth, Ajit Chandila, and Ankeet Chavan were arrested by the police, and Sreesanth was out of action for more than 7 years. But now, the pacer has made his return and is currently participating in the Syed Mushtaq Ali tournament, offering his services for the Kerala side. He even picked up the wicket of Fabid Ahmed on his return.

And, at the age of 37, Sreesanth is surely not done yet, and still has the fire and passion raging within him to put on the Indian jersey once again after all these years. And, it is this goal of representing the country once more that is egging the pacer on.

In an exclusive interview with ETV Bharat, the Kerala pacer revealed that it is a ‘different’ feeling to play for the nation. He added that his goal is to return back to first-class cricket and he wants to help the Kerala side win the Ranji Trophy and also the Irani Trophy. Sreesanth also revealed it would be ‘great’ to play for the ‘Men in Blue’ once again. He also added that he will be sporting long hair as well.

Sreesanth reveals why he sports the number 369

Also, another change that fans might have noticed is that Sreesanth is now wearing a jersey that has the number 369. Earlier, his jersey number used to be 36. The pacer also revealed the reason why he changed his jersey number and stated that it was due to the birth date of his daughter, who was born on May 9th. He further added that his wife is called ‘Nayan’ at home, and it sounds like the number 9.

“This time I will be wearing jersey number 369 instead of 36. 9 because my daughter Srisanvika was born on May 9. Srisanvika means Lakshmi. Everyone knows my wife’s name, Bhuvneshwari Kumari is called at home ‘Nayan’. So it sounds like 9. This is the reason I have decided to wear jersey number 369,” added the pacer.

Sreesanth featured in 53 ODIs and 27 Tests for his country. While he picked up 75 wickets in the ODI format of the game, Sreesanth scalped 87 wickets in Test match cricket. And above all, he was also part of two victorious World Cup-winning Indian squads- the 2007 T20 World Cup as well as the 2011 fifty-over World Cup.