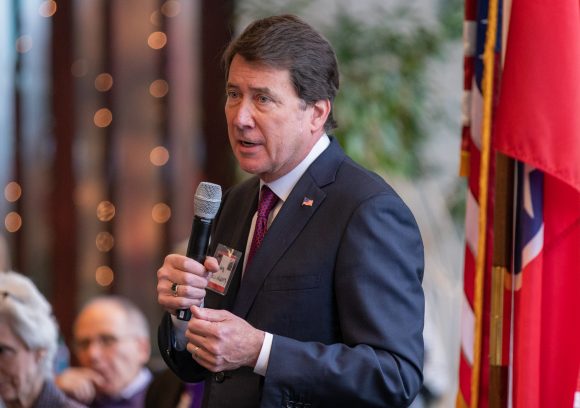 A little more than a year after being sworn into the U.S. Senate, Republican Bill Hagerty of Nashville has passed his first bill.

Here’s the release from Hagerty’s office:

WASHINGTON—United States Senator Bill Hagerty (R-TN) has passed his first authored piece of legislation in the U.S. Senate. The bipartisan bill, which Hagerty introduced with Senators Angus King (I-ME) and Rob Portman (R-OH), would add key technologies impacting national security to the sectors that can utilize the FAST-41 improved federal permitting program, which will encourage development of these technologies in the United States.

“Working to advance constructive policy solutions that create jobs for the American people and bolster our national security is one of the reasons I ran for the Senate, and I am pleased with the passage of this legislation to advance those goals,” Senator Hagerty said. “Encouraging American leadership in key technologies, from semiconductors to advanced computing and cybersecurity, will not only create millions of American jobs, but help America win the strategic competition with Communist China that will define the century.”

The Hagerty legislation builds upon the successful FAST-41 permitting program, which promotes increased coordination between permitting agencies, resulting in a more efficient and streamlined process, without compromising health, safety, or environmental protection. By adding key technology areas impacting national security as eligible sectors, these projects can benefit from the same fast-track program. Improving permitting coordination and certainty reduces time constraints, allowing these products to move to market faster and making it more likely that companies will locate their facilities in the United States, rather than abroad, and therefore hiring American workers.

The existing FAST-41 permitting program was established in 2015 to increase investment in American infrastructure and jobs, and it was made permanent and improved upon in the recent bipartisan infrastructure legislation. National-security sectors will now also be able to take advantage of this improved process, which should dramatically reduce the time required to stand up new manufacturing capacity in strategically critical sectors, such as semiconductor fabrication.

The bill now goes to the U.S. House of Representatives.