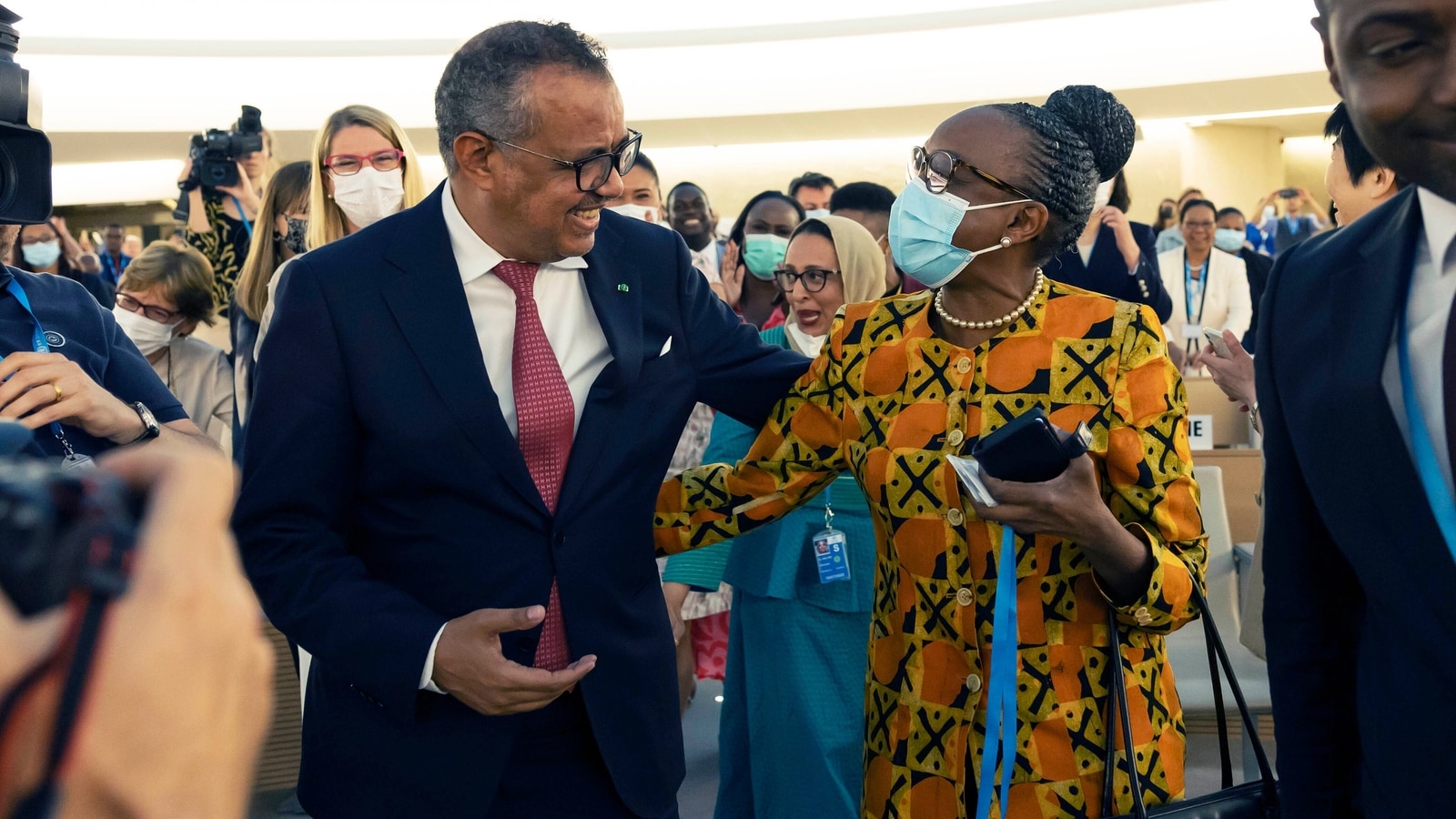 Tedros Adhanom Ghebreyesus, the first African to head the World Health Organization, was re-elected Tuesday with overwhelming support after running unopposed for a second term.

The director-general had received more than two-thirds of secret-ballot votes cast, as needed to be appointed, but the UN health agency did not provide a precise breakdown.

Sources in the room said he had received 155 of the 160 votes cast.

“I am really, really overwhelmed by the support,” Tedros told the assembly after his re-election was announced to thundering applause.

“This recognition is not only for me. I really believe this is recognition for the whole WHO family. I am really proud to be WHO.”

Tedros has become a familiar face as he spearheads the global response to the coronavirus pandemic — an issue that remains front and centre at the WHO’s annual assembly taking place in Geneva this week.

The Ethiopian former minister of health and of foreign affairs has also increasingly been sounding the alarm over the heavy toll that conflicts like the war in Ukraine are taking on global health.

“More even than pandemics, war shakes and shatters the foundations on which previously stable societies stood,” the 57-year-old malaria expert said on the first day of the World Health Assembly on Sunday.

“And it leaves psychological scars that can take years or decades to heal,” he said, stressing his first-hand experiences.

“I am a child of war,” he said, the emotion palpable in his voice.

In 1998, when war returned to Ethiopia, “I felt the same fear as a parent myself… and my children had to hide in a bunker to shelter from the bombardment.”

And, he said, “I feel the same pain and loss again now,” with the conflict that has been raging in his home region of Tigray since late 2020.

“Not only a child of war, but following me throughout,” said Tedros.

The global community cannot properly address the mountain of health emergencies and challenges we face, including the Covid-19 crisis and emerging pandemic threats, “in a divided world”.

Peace “is a prerequisite for health”, he added.

That is a message he is eager to push as he prepares to take on a second five-year term from August 16.

His first term in office was turbulent, as he grappled not only with the global response to the pandemic but also a long line of other crises, including a sexual abuse scandal involving WHO staff in the Democratic Republic of Congo.

While Tedros has faced his share of criticism, he has received broad backing.

African nations especially have been pleased at the attention paid to the continent and at his relentless campaign for poorer nations to receive a fair share of Covid vaccines.

Since US President Joe Biden’s arrival in the White House, Tedros has also enjoyed support in Washington.

That marked a major about-face from the start of the pandemic, when Biden’s predecessor Donald Trump began pulling the United States out of the WHO, accusing it of being Beijing’s puppet and helping cover up the initial Covid outbreak.

Ironically, the main source of opposition has come from Tedros’s own country.

Angered by his comments about the dire humanitarian situation in Tigray, Ethiopia’s government accused him of having “abused his office” to advance propaganda.

But those arguments seem to have had little traction, and Tedros can now head into his second term with a strong mandate.

There is no shortage of challenges ahead, with the Covid-19 pandemic still raging and demands for dramatic reforms of the entire global health system to help avert similar threats going forward.

And new health menaces already loom, including hepatitis of mysterious origin that has made children in many countries ill, and swelling numbers of monkeypox cases far from Central and West Africa where the disease is normally concentrated.