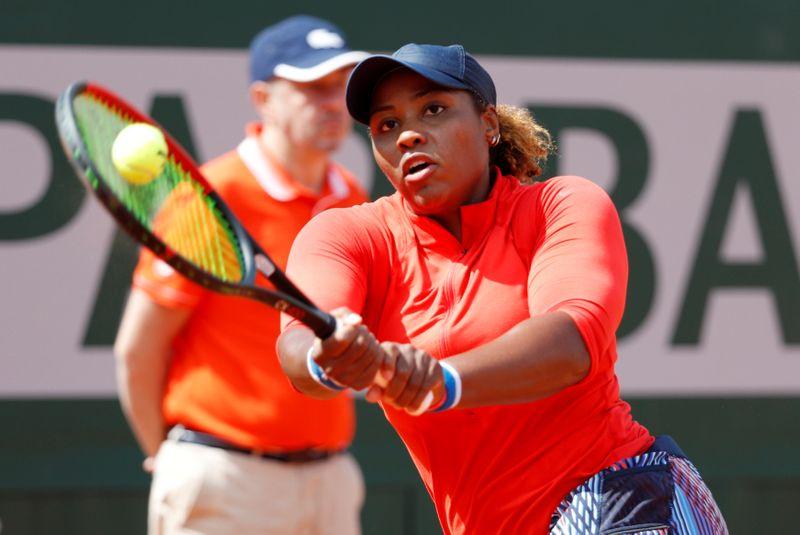 (Reuters) – American world number 73 Taylor Townsend said the tennis world is not a united place when it comes to racism and she gets extra-attention from security at tournaments while others breeze through.

“Even in the tennis world it is not a united place,” Townsend said in a Tennis United video posted on YouTube. “We lose our identity of who we are because there can only be one.

“I’ve had people argue with me to tell me that I’m Coco Gauff. I’m not Coco Gauff but all of us look the same, all of us are built the same, everybody sees a black person and they assume it’s Venus or Serena (Williams) or Sloane (Stephens).

“It’s extra-security, extra-precautions that need to be taken to make sure I belong.”

Townsend made the comments as crowds filled the streets of cities around the world on Sunday to protest the killing of African-American George Floyd while in Minneapolis police custody.

“The black community has been suppressed, our identity has been robbed from us,” said the 24-year-old still chasing a first WTA singles title. “Black men are being gunned down and killed in the middle of the street in broad daylight from police officers.

“This is our reality and this is the reality that we’ve been having to deal with for so long, of people not being comfortable with you.

“This is our reality. It happens all the time – week in, week out, every tournament that I play in the States, overseas, it doesn’t matter.”

Reporting by Steve Keating in Toronto; Editing by Stephen Coates