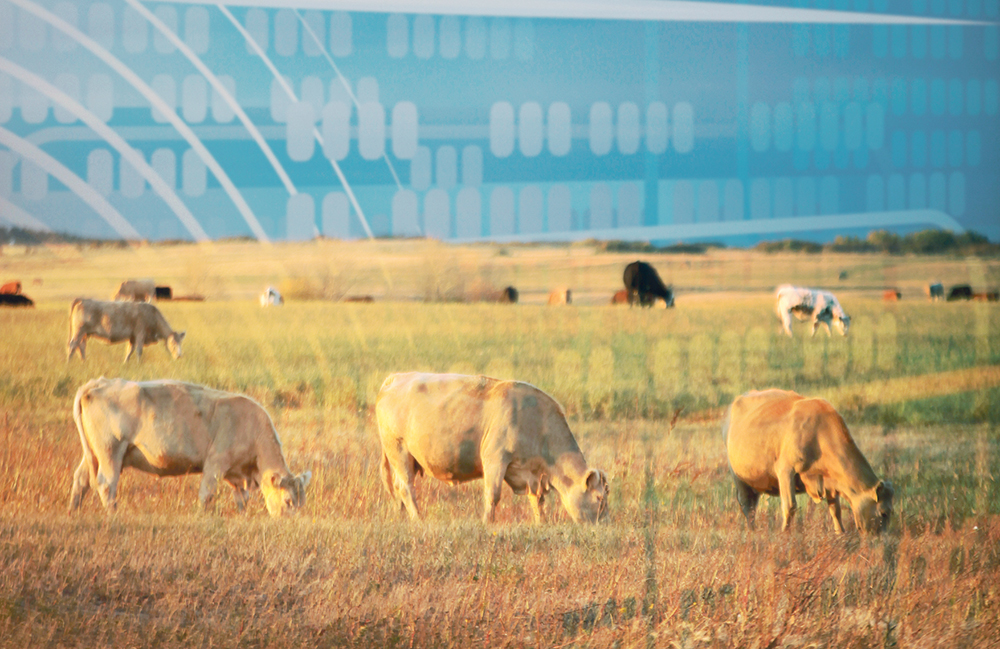 Scales, and the practice of weighing, have been around since the first humans placed stones on the plates of the earliest recorded overhead beam balancers.

While the act of weighing objects persists, the validity of the physical variations of the scale must at some point be improved upon, said Sergio Monge, global sales manager for ClicRtechnologies.

“ClicR technology is based on the principles of animal welfare,” Monge said. “It doesn’t interfere with them in any way while their weight is being taken and supplied to the user. It individually identifies livestock, calculates weight, and keeps track of them as they live their lives. And it accomplishes all this while they’re performing in their natural state.”

He described described the company’s scaleless weight system as an integration of 3D image cameras and RFID readers supported by computer software and technologies, machine learning and artificial intelligence.

“Weighing an animal is not just about knowing the individual in a group,” Monge explained. “It’s about who is doing well, who is not, and where their performance level is at. As a field guy for almost 20 years, I like to say the animals talk to us every single day. And by consistently knowing their weights, we can envision all the value and savings available.”

Livestock operations are striving to reduce stress, and focus on animal welfare. Traditional scales that require gathering and transportation of animals are becoming problematic.

Livestock can become injured, stressed or develop other health problems when being moved.

Beyond the potential negative effects, these processes are labour intensive and can have financial repercussions.

“I thought there should be an easier way to weigh my cattle without running them through an old-fashioned scale,” said Joseph Spicola Sr., ClicRtechnologies chief executive officer, and owner of a 5,000-head cattle ranch in the early 2000s.

“They often break down after 200 head, so we have to stop to fix them. Then we get to start again. Plus, we’re constantly dealing with a lack of time and cowboys.”

From those frustrations, he developed the idea of taking a picture to calculate an animal’s weight. Beginning nearly 20 years ago, he envisioned the possibilities using artificial intelligence. Today, ClicR claims a 96 percent accuracy in relation to other calibrated instruments.

Bovine and swine options feature a 3D image camera and computer installed at a water source, fastened on the frame of a fixed compartment for both cattle and swine. Animals wear RFID tags and upon entering to drink, the system activates and takes pictures, while the tag reader identifies them. Depending on drinking time, 100-200 pictures are snapped.

Time and frequency of drinking is tracked with photos each visit. With up to 500 pictures during a 24-hour cycle, an algorithm confirms a new daily calculated weight of each animal.

This is uploaded to a cloud-based web server where users log into an interface dashboard on their phone, tablet or computer to receive inventory lists, average daily gains, and performance markers. The technology also features an archive to trend animals throughout their lives.

“The graphic user interface connects the dots and creates a growth trajectory,” Monge said. “For a cow-calf, stocker, or swine operator, it will change perception. The cool thing is it adapts every step of the way, comprehending and providing a weight for the cow, steer, bull, or pig.”

He said the technology is trained to recognize not only distinct species but different breeds. Specific measurements are taken based on a detailed profile entered by the producer.

Options include the ability to program a sweet spot for optimal livestock marketability where a desired target for a pen is selected, such as a desired weight of 1,400 pounds.

When the technology determines an animal has reached the goal, it marks them with a paint spray. This identifies them for marketing, saving unnecessary feed waste, time and labour.

Units can also be fitted with parasite control containers and delivery systems to spray dewormer over an animal while they drink. The software also understands the amount of product to apply so nothing is wasted.

Monge outlined how ClicR not only supplies specific individual information but performance knowledge.

“The information is in the palm of your hand all the time,” he added. “Feed rations can be changed, non-performers removed, or marketable candidates gathered. ClicR is changing the way decisions are made, based on knowledge. It’s critical to have such a tool to provide so much information with just one click.”

Monge said the company is working on adding body conditioning scoring to its technology to assist dairy and cow-calf operators with monitoring their females, along with lameness prediction abilities for both cows and sows.