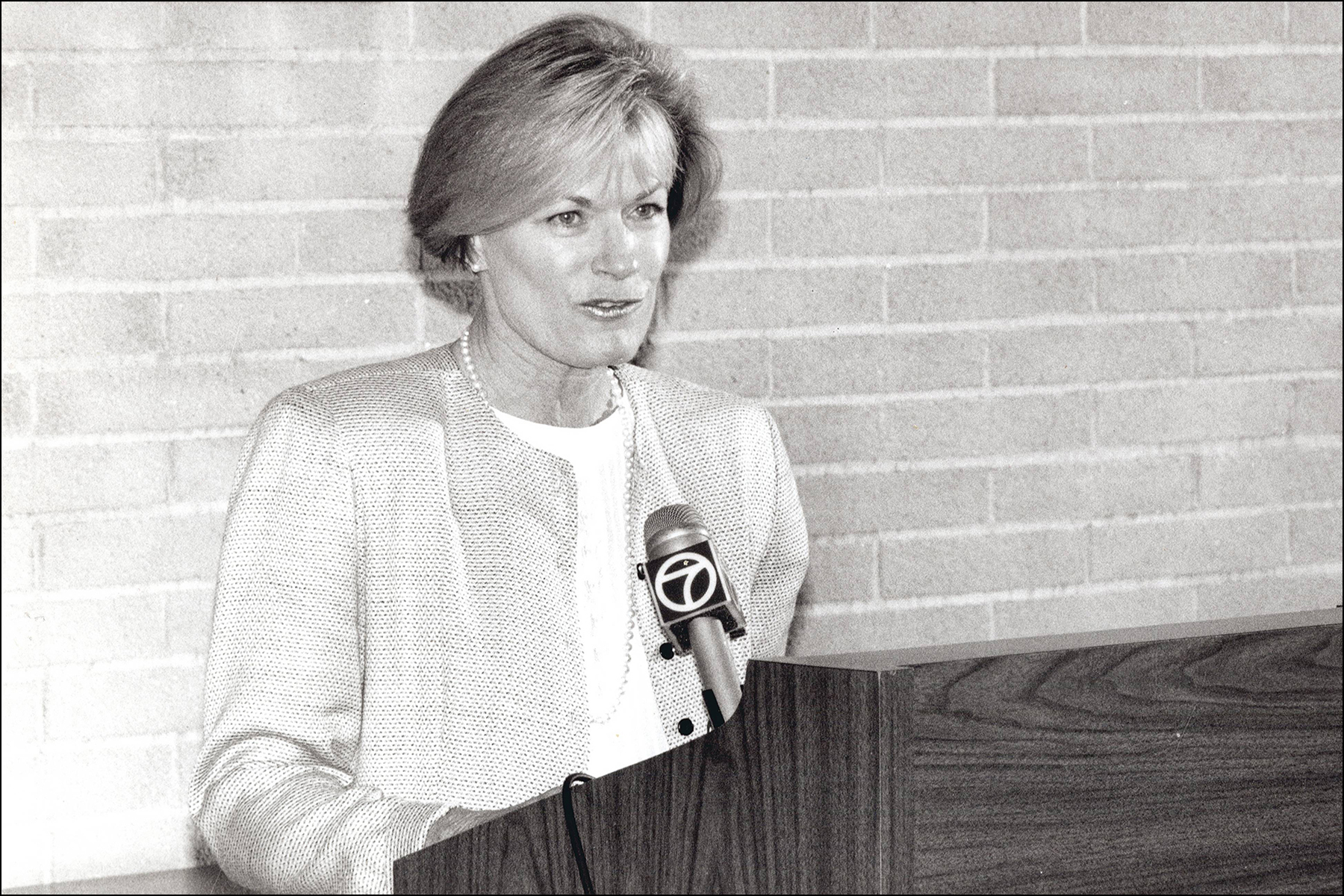 Editor’s note: Title IX — the landmark legislation that prohibits sex discrimination in educational institutions that receive federal funding — was passed on June 23, 1972. In recognition of this anniversary, we’ll be profiling Trojan Title IX trailblazers throughout the year. Up first: an athletics administrator who helped changed the playing field.

Groundbreaking USC athletics administrator Barbara Hedges compares the passage of Title IX 50 years ago this week to American women being granted the right to vote in 1920.

“The impact was very similar,” said Hedges, whose career at USC began in 1973. “It has been so successful and provided opportunities for millions. If you looked at the women just from USC and what they’re doing now, they are doctors, lawyers, teachers and scientists.”

Hedges, 31 years old at the time, was hired as coordinator of women’s athletics when there were just five women’s sports at USC and very little funding.

She had been an athlete since she was 11 starting out with softball and “played every sport you can imagine.” Hedges, the youngest of nine children from Glendale, Ariz., began her career as a high school physical education teacher and gymnastics coach. She was a professor of physical education at Arizona State University when USC came calling.

Hedges immediately made it her mission to maximize opportunities made possible by the landmark Title IX legislation that prohibited sex-based discrimination in any school or other education program that receives funding from the federal government.

“I am thrilled about the fact that I was there in the very beginning,” Hedges said. “I was in charge of the women’s athletics program, and I knew that USC needed to be a leader in providing opportunity for women in athletics. We couldn’t sit back, and we couldn’t wait. We had to move forward in providing scholarships, and that was the big issue at the time.”

Barbara Hedges shares a moment with USC football legend Marcus Allen and real estate investor and philanthropist Hyla Bertea, who served on the executive staff for the 1984 Olympics. (Photo/Courtesy of USC Athletics)

She had a staunch ally in John McKay, the legendary USC football coach who was athletic director during that time. Hedges had a particularly memorable meeting with McKay in early 1974 during which she stated that USC needed to be a leader in women’s athletics just as it had long been in men’s athletics.

“Women wanted to have a program comparable to the men,” Hedges recalled. “I asked John to advocate to the university for scholarships for women. At that time, many athletic directors were fighting Title IX; John didn’t do that. He agreed to go to the university, and the university said yes. And the rest is history. USC moved ahead while many schools were just staying in place, and I really thank John McKay for that.”

“We developed a donor base, support for the program, and our student athletes were all part of what we were trying to do,” she recalled. “I believe those early student athletes and coaches and staff helped build one of the most successful programs in the country, without a doubt.”

During Hedges’ 18 years at USC, women’s sports won 13 national titles. In 1985, some men’s sports were also put under her supervision and four years later, she became senior associate athletic director.

A trailblazer in the Northwest, too

As I look back, I think, ‘You were there, Barbara, right there on the bottom floor in the very beginning …’

“As I look back, I think, ‘You were there, Barbara, right there on the bottom floor in the very beginning, and building a program and fighting for women’s opportunities,” she said. “It truly is a thrill for me.”

Hedges, who has lived in Palm Desert for many years, is extremely protective of the federal legislation that she has personally seen help make so much possible for female students at USC.