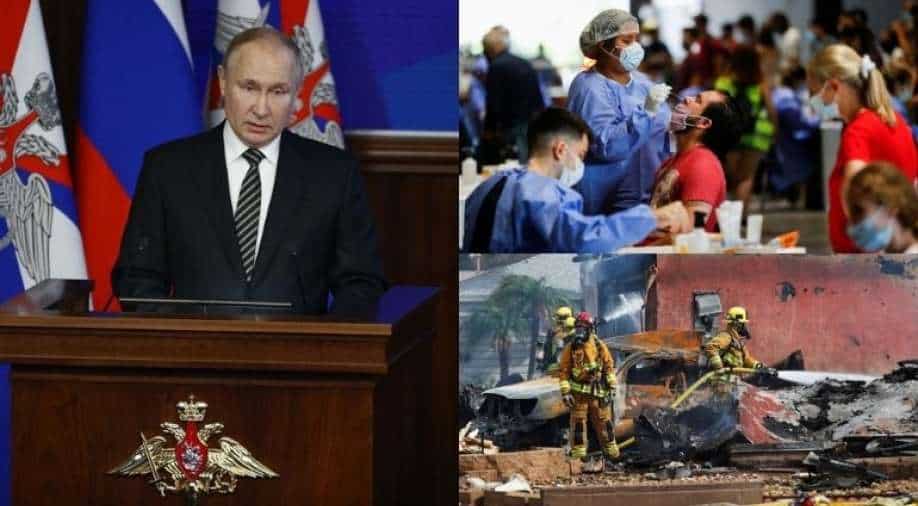 Russia will hold talks with North Atlantic Treaty Organisation (NATO) in Brussels on security guarantees after US-Russia talks in Geneva. China and Japan have reached an agreement to establish a hotline for their disputes over Taiwan and the South China Sea.

“Following the meeting in Geneva, the event is likely to be organized in Brussels with NATO, the arrangements and other details are being worked out,” said Russia’s Deputy Foreign Minister Sergei Ryabkov.

China, Japan to establish hotline for disputes over Taiwan and South China Sea

Plane crashes in California, no survivors

Authorities and local media said that the plane downed power lines and that there were no survivors.

Dozens of women marched in Kabul, accusing the country’s new Taliban authorities of killing members of the former regime and calling for women’s rights.

The Omicron variant of coronavirus is disrupting the holiday season worldwide as global cases hit a record high with 1.44 million cases.

11,500 flights grounded worldwide since Friday as Omicron fuels another wave of infections

Around 11,500 flights have been cancelled worldwide since Friday as Omicron variant forced several countries to impose travel restrictions amid concerns over virus spread.

The inhumane system, which is called ‘Residential Surveillance at a Designated Location’ (RSDL), has been criticised by a human rights group. It has claimed immense torture in this secret detention system.

China has said that it has received visa applications from US officials to attend the Winter Olympics, days after President Joe Biden declared boycott saying that they won’t be sending its officials to Beijing.

A 19-year-old man has been arrested for threatening to assassinate Queen Elizabeth II in revenge for the 1919 Jallianwala Bagh massacre.