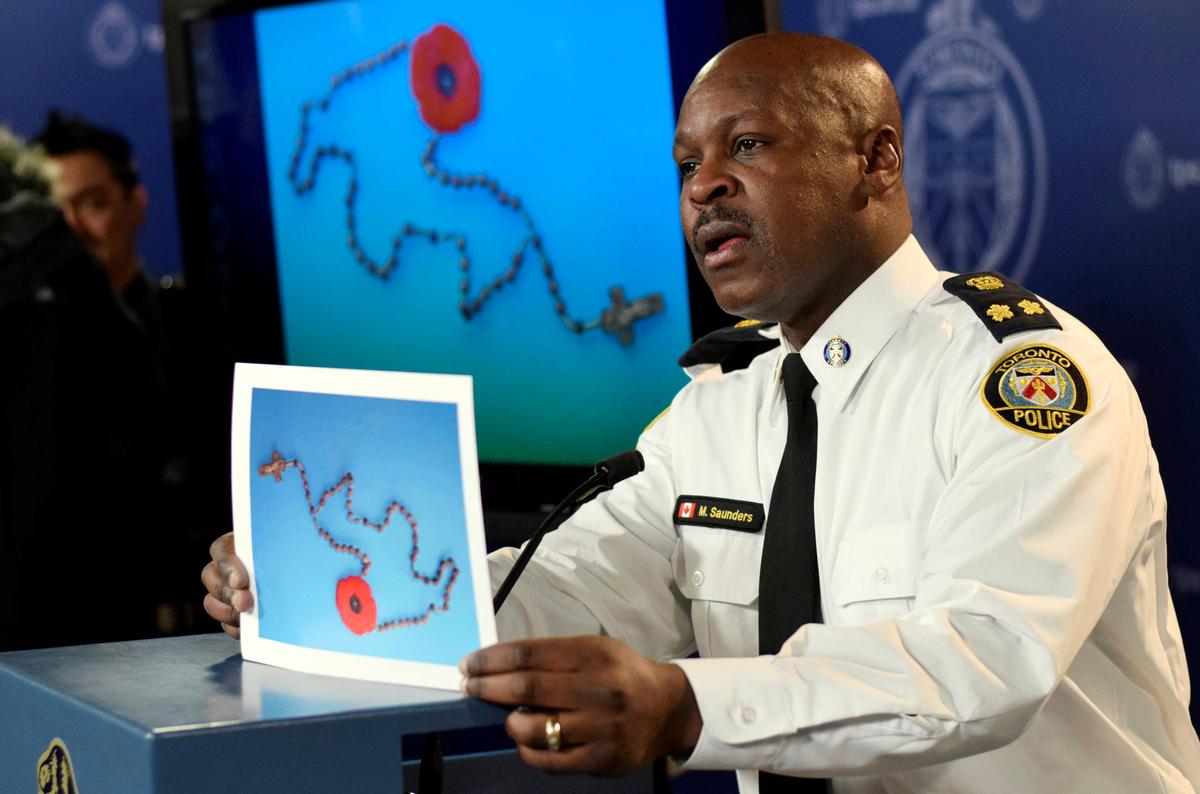 TORONTO (Reuters) – The first black police chief of Toronto, Canada’s largest city, abruptly announced his retirement on Monday, saying he would step down nearly a year early on July 31, just days after kneeling with protesters calling for police reform.

Mark Saunders said he plans to spend more time with his family and also hoped to work on community initiatives “near and dear” to him after a period of time.

Last week, Sanders knelt with protesters demonstrating against police brutality and decrying the death of George Floyd, an unarmed black man, while in custody of Minneapolis police.

He told the Canadian Broadcasting Corporation last week that Floyd’s death left him with a “horrible feeling” in his stomach.

“It still bothers me,” he said. “That is not what law enforcement is trained to do.”

Saunders has been with the Toronto Police Service for 37 years, holding the role of police chief since 2015.

“Working in homicide… I see a lot of young black boys getting killed by young black boys,” Saunders told reporters on Monday. “Law enforcement deals with those symptoms and I want to help the cure of the disease.”

Saunders, who suffered from kidney disease and underwent a transplant in 2017, said health was not a factor in his decision to retire.

Toronto Mayor John Tory said Saunders had told him of his plans to retire last week.

“We will continue to see the benefits of his work on modernization and culture change for years to come,” Tory said in a statement.

Reporting by Moira Warburton in Toronto; Editing by Bill Berkrot