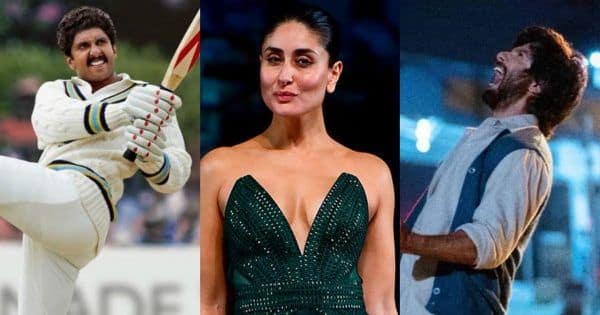 Everyday, several developments take centre stage, some expected, some unexpected, each falling under the categories of good, and or ugly, and so, it’s time to make a note of the biggest newsmakers of Bollywood who’ve made it to the trending entertainment news today. From Shahid Kapoor‘s Jersey being postponed and Ranveer Singh‘s 83 set to suffer huge losses to Kareena Kapoor, Amrita Arora being age-shamed, Deepika Padukone‘s bag being snatched and Malaika Arora’s jaw-dropping Christmas outfit – here’s all what grabbed headlines to make it to the trending entertainment news today… Also Read – Ranveer Singh in 83, Kangana Ranaut in Thalaivii, Aayush Sharma in Antim and other STUNNING transformations of Bollywood actors in 2021 that left us gobsmacked – view pics

So, without further ado, here are the entertainment newsmakers of 28th December 2021:

Lack of promotions, exorbitant ticket pricing, negativity against Bollywood, inopportune release timing and budgeting gone wrong have together resulted in a brilliant, if not the best Bollywood movie of 2021, set to incur huge losses after its underwhelming box office performance.

Kareena Kapoor and Amrita Arora, who were recently detected as COVID-19 positive, but have since made a full recovery, were seen enjoying a Christmas dinner party with their near and dear ones. However, the besties were badly trolled for everything from their choice of attire to not being wary of COVID-19 safety norms to even being age-shamed.

While exiting a restaurant in Mumbai, where Deepika Padukonehad gone to unwind post her shoot, a huge crowd gathered and mobbed her. Despite the presence of her bodyguard, the superstar found it difficult to make it to her car, which was parked a stone’s throw away from the restaurant’s entrance.

Malaika Arora recently attended a Christmas dinner at Kareena Kapoor’s home with beau Arjun Kapoor, where she was seen in a velvet green Gucci outfit that nearly cost around 2.45 lakh. Yes, you read that right! Malaika looked sexy AF and paired her dress with a Judith Leiber bag that approximately cost Rs. 1 lakh, 30 thousand. Check out her hot pics below: