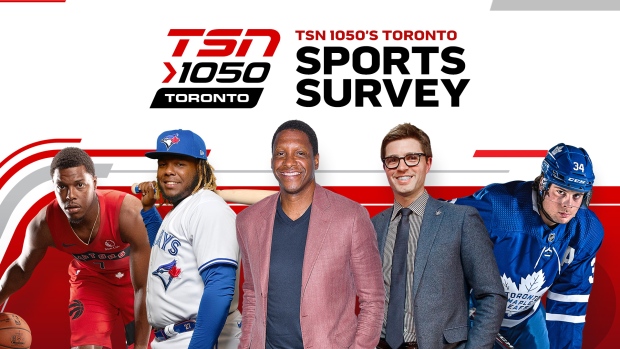 There is no Toronto team quite like the Maple Leafs. No accumulation of bad seasons, poor managerial decisions, awful on-ice performances or questionable coaching tactics can hold back the hope that this year, this one right now, is The One. Forget what happened before! This team is different. That’s how the story goes – but this season, it might actually be true. The disappointment of losing in the qualifying round of last summer’s postseason tournament may have finally hardened the Leafs a bit, giving them some much-needed education on what it takes to actually succeed in the NHL. But as the survey results show, fans are growing a tad impatient with this learning curve and expect results to come from the Leafs – and their key players – sooner, not later.

14—What will you consider to be a successful Leafs season?

Win one playoff round—14%

This is a no-brainer. Unless the Leafs suffer an unprecedented rash of injuries or volume of illnesses, anything less than advancing deep into the playoffs will be falling short of what this team is capable of. Add to that the advent of this North Division, which the Leafs are favourites to win, there is something of a “now or never” feel for Toronto.

15—If the Leafs want to win it all, what do they need the most?

Career defining moments from the Core 4—18%

Little surprised that goaltending isn’t higher here. It seems Frederik Andersen has been maligned year after year for his average performances in key moments of the postseason. But the Leafs have also suffered from the lack of a truly great defence. It remains to be seen whether T.J. Brodie and Zach Bogosian (and maybe Mikko Lehtonen down the road) are enough to elevate this group to greatness, but Toronto will need every one of their efforts to reach the proverbial promise land.

16—Which Leafs player is under the most pressure?

Ah, there’s the goaltending. Hard to disagree that Frederik Andersen is under the harshest spotlight (and, as evidenced here, it’s not all that close). He hasn’t often been at his best when the Leafs needed it most. For Toronto to reach its potential this year, that just won’t do.

17—Do you have confidence in the Leafs’ core to deliver a championship in the next two years?

Ooof. That’s a tough split. The next two years should be when these young forwards really start hitting their strides, and it’s impossible to think the Leafs will contend for a Cup without them being superstars.

Not confident at all—7%

There’s some optimism! I still think Frederik Andersen has a lot to give the Leafs this season, and Jack Campbell is an ideal complement inside and outside the dressing room. He’s like a younger Curtis McElhinney, and Andersen’s best years were when he was sharing the net with that journeyman. Plus, keeping Aaron Dell around really gives the Leafs some added security at the position, for once.

19—What should the Leafs do with Freddie Andersen?

Let him become a free agent—33%

Trade him before the deadline—25%

This could be a fascinating process to watch play out. It seems unlikely the Leafs will do a deal with Fredrik Andersen in season; there’s too many unknowns in a flat salary cap world. What will the free agent market be like in the summer? Where is the world at with the pandemic? How does Andersen fare in a shortened season that could test him more than ever? Toronto doesn’t have anyone waiting in the wings to take over for Andersen, though. Joseph Woll and Ian Scott are both a few years away. In the end, a short-term pact with Andersen could prove to be a winner for both sides.

20—Which of the Leafs’ offseason acquisitions will make the biggest impact?

T.J. Brodie will definitely be the most-used of Toronto’s new additions: He’s starting on the top defensive pairing with Morgan Rielly and he’s going to quarterback one of the team’s power play units. For a club that’s been dying for another defensive workhorse, they’ll use Brodie as much as possible to bolster that group. But don’t sleep on Wayne Simmonds – he sounds (and looks) motivated to be a big part of the Leafs’ success this season.

21—After six years, what are you thoughts on the “Shanaplan?”

It started strong, but has lost momentum—45%

Not as successful as I’d hoped—30%

This about sums it up. The plan was solid; its execution has not been quite so seamless. The reasons for that are many and varied. But the bottom line is that in the four and half years since the Leafs drafted Auston Matthews, justifying their 30th place finish the year before and securing a truly generational player for the future, they’ve accomplished nothing substantial. That wasn’t exactly the intent by this point.

22—True or false: This was Kyle Dubas’ strongest offseason since becoming Leafs GM

No question about it: Kyle Dubas did just about everything he could, with limited cap space, to make the Leafs better. He added grit and physicality with a mix of veterans, found a worthy partner for Morgan Rielly in T.J. Brodie, and signed Jimmy Vesey on the cheap to roll right into the top six. All things considered, pretty good work by Dubas.

23—True or false: Sheldon Keefe is the right coach for this team

This season will be big for Sheldon Keefe. There’s no excuses to lean on about stepping aboard mid-year or not knowing the players. He had a hand in selecting who Toronto acquired in the offseason, he hired new assistant coaches, he was hounding guys via phone and email all summer and fall. This is Keefe’s team now, and the results will prove whether Kyle Dubas was right to bet on him.

24—Will both Sheldon Keefe and Kyle Dubas be here after this NHL season?

It would take a truly nightmare scenario for either Kyle Dubas or Sheldon Keefe to be on the chopping block at season’s end.

25—Under what scenario could there be changes in the management structure?

Losing in the first round—37%

Nothing. This is the right group—8%

Losing in the second round—2%

Exhibit A (see question above): Again, all things being equal with injuries and illnesses, the Leafs simply can’t miss the playoffs, or not advance in the postseason, without serious consequences.

26—With the pandemic affecting the salary cap, what should the Leafs do?

This is not the time for any team, including Toronto, to be rolling the dice or taking risks. The Leafs should be set up pretty solidly for the next couple of years at least. The right call would be to stay on course and see where this group can take them.

27—If you were GM Of the Leafs, which player would you trade?

I have never understood the raging desire to trade William Nylander. 16 players in the NHL scored more than 30 goals last season. Nylander was one. His contract could wind up looking like a steal when it’s all said and done.

28—Which player is least likely to play out the remainder of his contract with the Leafs?

If push came to shove, and the Leafs absolutely needed a trade piece, William Nylander’s deal would be easiest to move. But unless they were getting back a defensive/goaltending asset that matched what Nylander can contribute, it could end up being a lopsided move.