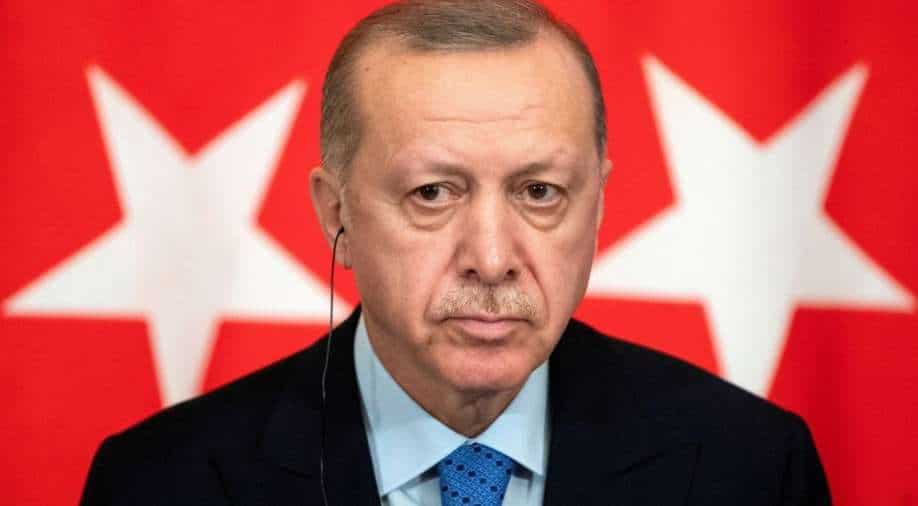 Turkish President Recep Tayyip Erdogan said on Tuesday he wanted to improve relations with the European Union and was hoping for the same approach from the 27-nation bloc.

“We are ready to put our relations back on track,” Erdogan said during a televised meeting with EU ambassadors in Ankara. “We expect our European friends to show the same goodwill.”

After talking to Erdogan on video call  President of the EU Commission Ursula von der Leyen tweeted she had a ”Good exchange with Turkish President”.

Turkey and Greece will resume long-suspended exploratory talks over territorial claims in the Mediterranean Sea that brought them close to conflict last year, on Jan. 25 in Istanbul, the NATO members said on Monday.

Ankara and Athens held 60 rounds of talks from 2002 to 2016, but plans for a resumption of talks last year foundered after a disagreement over a Turkish seismic exploration vessel deployed to disputed waters. The ship has since returned to Turkish shores.

Earlier on Monday, Turkish Foreign Minister Mevlut Cavusoglu said he was inviting Greece for talks by the end of January on all issues, adding that Athens “has no excuse” since the Oruc Reis returned to Turkey.

Greek Prime Minister Kyriakos Mitsotakis said later that Athens was seeking a “fertile and productive” relationship with its neighbour Turkey, adding his government would join the talks once finalised.

Turkey and Greece are at odds over the extent of their continental shelves in the Mediterranean, energy rights in the region, air space and the status of some islands in the Aegean Sea.

Their dispute threatened to spill into open conflict when Turkish and Greek warships collided in August as they shadowed the Oruc Reis as it surveyed for oil and gas west of Cyprus.

Previous attempts to resume the talks had been complicated by what both sides were prepared to discuss. The Greek Foreign Ministry said on Monday it was willing to talk about the demarcation of an Exclusive Economic Zone and the continental shelf.

Ankara has said all issues between the NATO members should be discussed, saying that was the format before the talks were suspended in 2016.

On Monday, Cavusoglu said he was ready to meet Greek Foreign Minister Niko Dendias in Tirana after Albania’s premier offered to mediate. He also said some European Union members, including Germany, which has mediated the dispute thus far, had urged Greece to engage with Turkey.