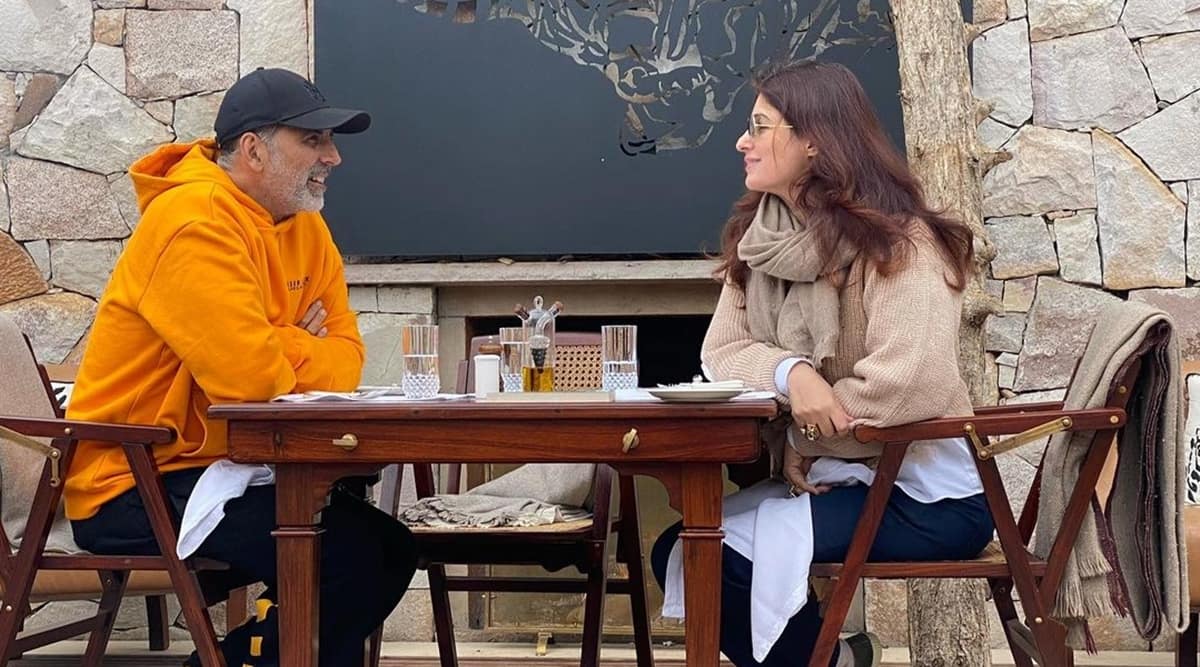 Actor-turned-author Twinkle Khanna and her actor husband Akshay Kumar are celebrating the 21st anniversary of their wedding on Monday. Twinkle took to Instagram to share a photo of them together. She said that she and Akshay had a chat on their special day in which they ruminated about their differences. Twinkle said that they are so different that she is not sure if she would even talk to Akshay if they met at a party today.

Twinkle also wrote the #21yearsoflaughter hashtag in the post.

The full caption read, “On our 21st anniversary, we have a chat.
Me: You know, we are so different that if we met at a party today, I don’t know if I would even talk to you.
Him: I would definitely talk to you.
Me: Why am I not surprised. So like what? You would ask me out?
Him: No, I would say, ‘Bhabhi ji, how is Bhai Sahab, kids fine? Ok Namaste.’
#21yearsoflaughter.”

Later, Akshay also took to Instagram to share a post celebrating their wonderful relationship, writing, “Twenty one years since we’ve been married and yet it feels like I’m just getting to know her. Thank you for making each day feel like the first ♥️ Happy Anniversary Tina 😘 #21YearsOfAdventure.”

Akshay and Twinkle are known for their differing political views. Akshay spoke about the same to Bombay Times in 2017. He said, “Both Twinkle and I are not against anyone. She has her point of view and I have mine. That’s the way things should be between a husband and wife. If I tell her to do things my way, it’s wrong on my part. Such things can cause trouble and even break a relationship.”

They married on January 17, 2001. They have two children — son Aarav and daughter Nitara.

On the work front, Akshay was last seen in Atrangi Re alongside Sara Ali Khan and Dhanush. His next project is Chandraprakash Dwivedi’s Prithviraj, a historical drama based on the life of warrior king Prithviraj Chauhan. Manushi Chhillar will essay the role of love-interest Sanyogita.