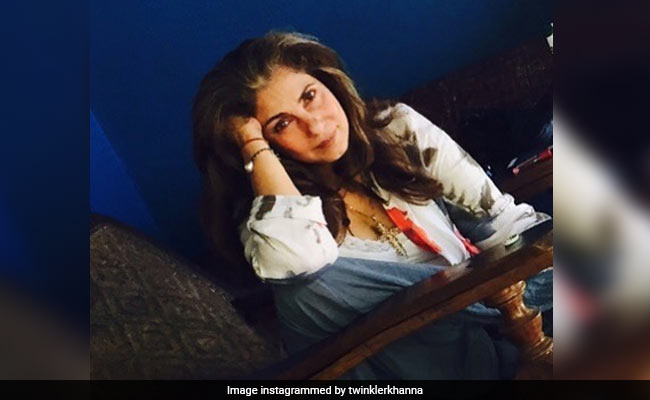 Happy birthday, Dimple Kapadia! As the actress turned 63 on Monday, her daughter, former actress and author Twinkle Khanna, wished her in the sweetest way possible on social media. Twinkle picked a beautiful picture of her mother and shared it on Instagram with a short yet sweet birthday note. In the photograph, Dimple Kapadia can be sitting on what appears to be a sofa chair and posing for the camera. She looks gorgeous in a shirt and what appear to be denim trousers. Sharing the photo, Twinkle wished her mom with these words: “The beautiful birthday girl.” Twinkle is the daughter of Dimple Kapadia and actor Rajesh Khanna, who died in 2012.

Dimple Kapadia’s fans flooded Twinkle Khanna’s post with comments such as “beautiful picture” and “timeless beauty.” They also dropped several birthday wishes for the actress in the comments section.

Dimple Kapadia made her debut in Bollywood with the 1973 film Bobby, in which she co-starred with late actor Rishi Kapoor. She went on to feature in films such as Saagar, Rudaali, Gardish, Kaash, Drishti, Dil Chahta Hai, Pyaar Mein Twist, Phir Kabhi, Tum Milo Toh Sahi and What The Fish. She has appeared in supporting roles in movies like Being Cyrus, Luck by Chance, Dabangg, Cocktail and Finding Fanny. Dimple Kapadia was last seen in Angrezi Medium, which released earlier this year.