Less than two months after breaking the 5,000-metre world record, Ugandan Joshua Cheptegei is setting his sights on the 10,000 mark at a special event in Valencia on Wednesday.

“I am very excited to be given the opportunity to target the 10,000m world record,” Cheptegei said last month. “As my performance in Monaco showed, I am in outstanding form, so I would like to make the most of my current shape.

“Kenenisa’s 10,000 world record is one of the toughest in the books, but my training continues to go well and this gives me real confidence I can set another world record.” 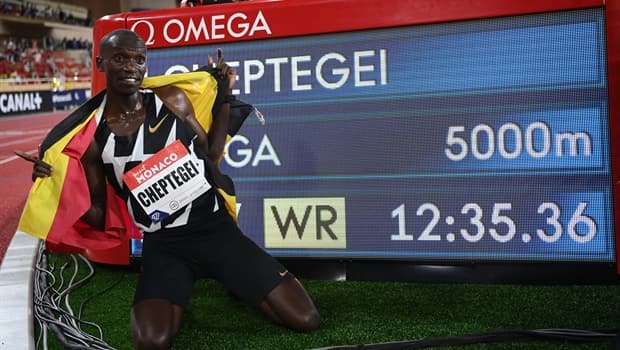 Cheptegei’s Dutch-based NN Running Team has organized the World Record Day and he will count on pacers who include former Dutch champion Roy Hoornweg as well as Australian Matt Ramsden and Kenyan Nicholas Kipkorir, both 2019 world championship finalists.

Although there will be little support from the largely empty stands, Cheptegei will be helped by Wavelight technology, which flashes lights on the inside of the track to indicate a specific pace.

Cheptegei has already made history over the distance in Valencia, smashing a 10-year 10-kilometre world record last December by six seconds, wearing the Nike Zoom Vaporfly shoes which have caused a huge debate in athletics.